Gut Health: How to Heal the Body from the Inside Out. 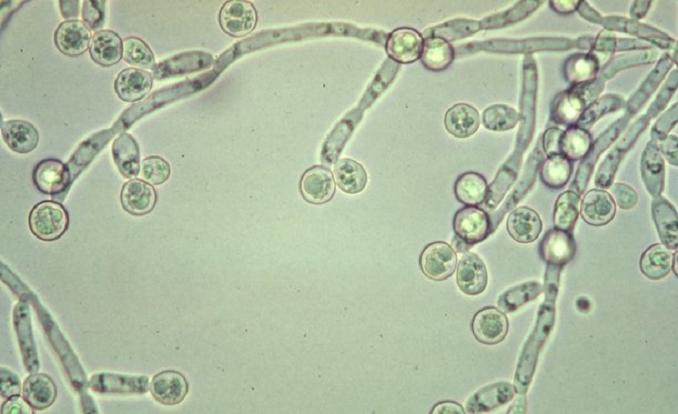 Update: via The NY Times: THE MENTAL HEALTH ISSUE: Can the Bacteria in Your Gut Explain Your Mood?

Like everything else in life, healthy gut flora is all about balance.

Candida is a kind of yeast, which is a fungus that lives in our gut. Candida can cause infections just like other pathogens such as viruses and bacteria. Like other pathogens, Candida feeds off of sugars and decaying cells. When people are sick, whether it be a cold, a flu, or an autoimmune issue, Candida is typically a part of the problem, and often the crux of it.

There is only one disease: cell malfunction. There are two causes: toxicity and nutrient deficiency. This doesn’t mean that every single person can get well by eliminating toxins and getting plenty of nutrition, but for most people, the vast majority, this is the key to ridding the body of disease. Genetics do play a role in our health, but much less of a role than we like to think.

An excess of Candida can be found in almost anyone who suffers from an autoimmune disease. Our intestines contain an ecosystem of nearly 100 trillion bacteria, fungi, viruses and other microorganisms. Science has found that these organisms play a major role in our both our mental and physical health.

Candida is the opportunistic flora that typically runs rampant over our intestinal tract due to sugar-laden, beneficial bacteria killing, conventional diets. When Candida is left unchecked in the intestinal tract, it damages the intestinal lining causing the gut to be much more permeable than it should be. Then you have Candida, other microbes, undigested food particles and other shit (pun intended) invading the bloodstream.

The byproducts of Candida’s metabolism are toxic to us. Candida goes through the bloodstream and finds other areas of the body to make their home in, invading everywhere it can, flooding the body with toxins and making it very difficult for the body to detoxify the blood. The blood becomes sluggish with diminished regenerative capacities and the body begins to age, ache, heal poorly, develop allergies and autoimmune issues and more.

Candida is bad enough, but foreign proteins (undigested food proteins) and other gut microbes set off an immune response within the body. Certain food proteins (like gluten) are similar to proteins within our body (like those that make up the thyroid), and the body attacks these proteins as well. The list of what Candida does to the body and the mechanisms by which it does it is absolutely fascinating. And pretty scary. And gross.

Obviously, sugars. Most everyone who has studied Candida knows that any and all sugars feed yeast. On the other hand, all whole foods contain sugars, and every creature needs sugar to survive, including us. The trick is to eat the unrefined sugars in whole foods that have other nutrients bound to them, like fruit instead of fruit juices.

Most everyone is looking for a healthy sweetener. If you’re suffering from an overgrowth of Candida, no sugar is good sugar. Stevia can be used as a sweetener if the pancreas is working well, but stevia can cause problems to those who have blood sugar issues.

Believe it or not, these “healthy” sugars are not so healthy:

Other foods either promote Candida by disrupting healthy gut flora or they directly feed Candida. These foods include:

With very bad Candida overgrowth, all sweet fruits should be avoided or severely limited for a week or two. Adding yogurt to a Candida cleanse is a common mistake; don’t do it. There are specific types of yogurt with very strong strands of bacteria that are specifically designed to pass through stomach acid and make it into the gut. Bio-K is a very good choice. It is available at most health food stores and comes in vegan varieties as well. You will not find this kind of yogurt in the dairy section.

A healthy diet consists of 80% or more of raw, fresh, organic produce. Eat more vegetables than fruit. This is imperative for anyone who is ridding the body of Candida. Big salads with a wide variety of vegetables and herbs balance the digestive system.

No refined foods. Whole foods only. Make smoothies with coconut water, whole pineapple (it’s juicy), unsweetened nut milk, or water instead of fruit juice. Make nut milks at home with sprouted nuts. Take extra supplements that kill Candida when consuming pineapple or any other fruits and sweet foods until the gut heals.

Gluten and Candida do not mix. If the gut is unwell, gluten is causing serious problems. Nobody with Candida overgrowth should be attempting to digest gluten.

Do not drink anything that is sweetened unless it’s sweetened with stevia. Anyone with hypoglycemia or diabetes should use stevia with caution, as it can be problematic, but it doesn’t feed Candida.

For most people, gut flora can be balanced very quickly. This will often alleviate most ailments, but the intestinal walls take up to six months to heal even with a very clean diet, so be careful. Just because you’re feeling better doesn’t mean the body can handle foods high in sugars or gluten.

Most people can heal the body from very serious illnesses and chronic disease with diet alone provided they have access to the right foods. Supplements can radically speed up the process and are completely necessary for some, but for the typical person, they are not necessary. For anyone who has been chronically ill for a long period of time, and for those who suffer from celiac disease, check out Leaky Gut Syndrome, and Autoimmune Diseases and Understanding Hypothyroidism.

Neurological manifestations of gastrointestinal disorders, with particular reference to the differential diagnosis of multiple sclerosis. Ghezzi A, Zaffaroni M.

The Fascinating Bacteria in our Gut, and How it Affects Our Whole Lives

How to Stop Attacking Yourself: 9 Steps to Heal Autoimmune Disease. 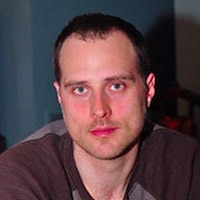