How do we Know if what We’re Feeling is Love? 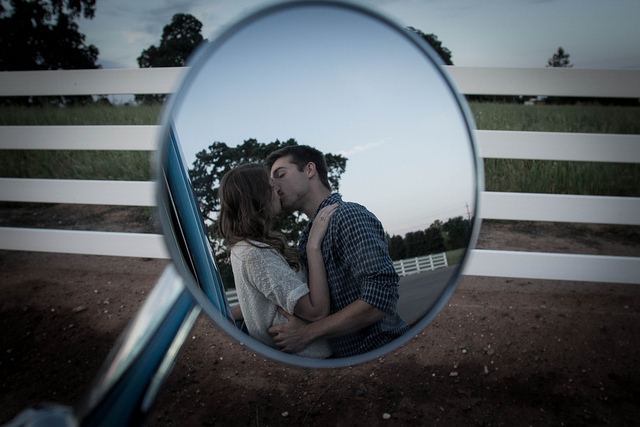 Relephant: 30 Important Questions to Ask Before we Commit to a Relationship.

A friend of mine wanted to pick my brain this week on the topic of love.

It has become my go-to subject lately, as this Libra love-fan has been writing almost non-stop about it. I enjoy singing along to sweet songs that herald it. I used to be a greeting card text writer, penning mushy cards for other people’s relationships. Most of my planets reside in the house of love.

It is what I eat, sleep, breathe, walk and talk about. My radio show is called It’s All About Relationships and ideally, relationships are mostly, if not all, about love.

She began the conversation this way: “I have a confession that has been haunting me for a very long time. I don’t believe in love. Romantic love in particular. Have you ever written a piece on this? Don Miguel wrote about it in his book The Mastery of Love, but I didn’t really get it. I often hear people saying that they are in love or I’m in love and it just sounds so ridiculous. Love to hear your thoughts on a non-believer.”

I smiled at her message and when we spoke on the phone last night, it became clear why she and many others feel that way.

I asked her to define the word and the difference between it and the idea of “being in love,” since I suspected she was referring to two sometimes disparate and confusing ideas.

Recovery pioneer John Bradshaw writes about the concept of Post Romantic Stress Disorder in his book by the same name. In it, he explores the dynamic that often occurs in mating, dating and relating.

I shake my head in bewilderment at the times when that occurred over the past few decades. Blessedly, I have come to my senses more recently and am able to pull the reins on the wild horse that used to escape the corral.

I went on to tell her that Bradshaw says this intoxicated state generally lasts 18 months and then sobriety sets in.

People need to face the fact that they are addicted to love. “The lights are on, but you’re not home. Your will is not your own,” sings Robert Palmer as the video hot mamas in kissable vibrant red lipstick are swaying seductively along to the beat. Runaway brain, indeed.

We spoke about couples we knew who became immersed in drama and nearly drowned. People who go from one dysfunctional relationship to another as they wonder why they keep attracting the same partner in different bodies. Those who live to tell their tales of woe, hoping to hear that somehow it is the other person’s fault that they are unhappy.

Healthy relationship partners come up for air and recognize that communication, commitment and compassion are key factors in sustaining heart, head and hedonistic connection. There are real people behind the sparklingly blinding façade. People with baggage that they unpack in front of each other. Folks with fears and doubts, history and wounds to heal.

We wish it wasn’t so. The strength in a partnership kicks in when each member takes full responsibility for 100 percent of what they bring to the table and boudoir.

When two people clean up after themselves physically and symbolically, not expecting the other one to tidy their messes on an ongoing basis, that’s when the detritus from past relationships can’t latch on and pull them down. Although people seem to “marry” their parent or another adult caregiver and perhaps previous lovers remain in the middle of the relationship, it doesn’t have to continue.

Willingness to see past the old patterns allows for the birth of a third entity; the combination of the two “me’s” into a cohesive “we.” That’s where love lives.

I am certain that my somewhat cynical friend knows what love is. She is demonstrative of that in her friendships with humans and animal companions. She is deeply committed to transforming the world. She is supportive of those who are important to her. She walks the love-talk. She is even drenching herself more often in self-love.

When she fully embraces the woman in the mirror, she will perhaps be able to blend in a healthy, sustained romantic relationship based both on shared values and the attractor factor that allows her heart to flutter, goose bumps to appear and butterflies to flit about in her stomach.

As I am learning myself, they are not mutually exclusive, since I have seen it, felt it vicariously in the presence of certain couples, occasionally experienced it and it is what I desire now.

I know that love is real.

It shows up in the magnificence of the sunrises with bird serenade accompaniment, and the giggle of a nearly five-year-old child who has captivated my soul as he invites me to play. It arrives in the touching phone conversation with a heart friend with whom I have shared intimacy as we acknowledge how we have impacted each others’ lives over the years. It dances before me in the unexpected, joyously accepted invitation from another friend to accompany her for a week in Jamaica to write, rest and re-create.

It is in the heart and mind of the person with whom I will join in healthy and sustained partnership, filled with awe and wonder.

How could I ever doubt?

Ask the Expert: The Relationships Men Commit to and Why.

The Truth About “True Love.”