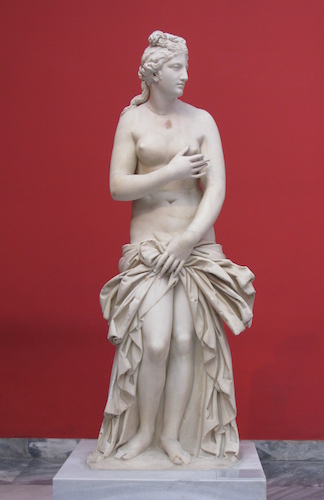 “We are not putting our nine year old in Weight Watchers,” I heard my mother hiss to my grandmother one evening before they realized that I was listening.

I stared down at my little belly wondering why she thought I needed to go on a diet.

I was tall for my age, a little chubby, but very active and suddenly very aware and uncomfortable with what I looked like. This was the first time in my life that someone I loved had made an assertion that something was wrong with my body, but it would hardly be the last.

Even though I heard the most upsetting part of the discussion, I was very fortunate that my mom sheltered me from the brunt of that conversation. When I bring it up now, 20 years later, I still see her mama bear instincts kick in and a fire in her eyes as she tells me how she would have never allowed that.

Not everyone has a mom like mine though. As a teenager I heard a friend’s mom jokingly tell her that she “looked like she was having a baby.” She was 16, and a lithe dancer who barely had fat anywhere on her body; I couldn’t believe what I was hearing. I also couldn’t avoid seeing the anger and pain in my friend’s eyes.

As an adult I have come to realize that first and foremost, comments about our bodies are more about the person saying them than they are about us.

In my case I remind myself that my grandma was born in the early 1900s—during her youth the ideal body type for a woman was boyish and slim. While she had lived through many decades, she had formed her ideas about the female physique as she grew up in a society that predominantly shamed fat and praised skinny.

I had not yet been teased by my peers about being chubby or tall, but my grandma was well into her seventies and knew the power of skinny. I now realize that by trying to help me lose weight, she probably thought she was helping me to be a successful woman. I wish she was alive today to see how powerful and successful I am in the body that I have.

It is also important to remember that when people call attention to you, it is often a deflection technique. Do you remember in grade school when kids were so scared of attention being put on themselves that they would point out flaws in other people?

I have a distinct memory of being in summer camp with about 10 other girls, all getting ready to go to the pool. One girl confided to me that she felt uncomfortable in her swimsuit. I watched her analyze herself in the mirror, shamefully covering herself in her towel. As the 10 of us gathered together she picked out the one girl confident enough to walk to the pool with no cover up and shouted, “Look at thunder thighs over here! Boom boom boom!!!” I was horrified at the display, but quickly realized that it was all a show to distract others from her own perceived flaws.

How do we deal with those moments though? How do we build up the confidence to know the beauty of our own physical form? Here are five odd ways I have learned to do just that:

I will tell you, as an Art Historian, that museums are the best place to see a true evolution of body types throughout visual history. Somewhere in one of those portrait galleries you are sure to find at least one time period or society that praised your unique form as it exists today. Just because you aren’t currently in vogue does not mean that you aren’t timeless.

On a recent trip to the Norton Simon Museum my boyfriend casually pointed to a nude sculpture and said, “Honey! It’s you!” I was momentarily shocked, and then flattered as I saw how he sees me. The figure in front of me really did have my body type cast in marble. I was able to see that most of what I criticize about myself was once so admired that it was cast in stone. Who cares that I don’t have an ample bust? I have strong legs, with thighs that touch, and a rounded perky ass!

There are countless body types depicted in pretty much any museum you choose—at some point in the visual narrative you will recognize your body, honored and painted because someone thought it was worthy.

This is not exclusive to female bodies by the way. If you think that “Dad Bod” is a new movement, I suggest you look at the sculptural work of Andrea Riccio, the paintings of Honoré Daumier or the photographic work of Max Koch and Otto Rieth. In Art History there is even room for transgendered bodies to be praised—this Roman sculpture appears at first to be a female nude, but when seen from the other side it is apparent that the sleeping figure has male genitalia.

Imagine yourself in a cape, standing on top of a hillside with the wind gently blowing around you, feet in a wide triangle, hands on your hips, looking towards the sky. Now hold that pose for two minutes as you take deep breaths, feeling your chest expand towards the sky. This is called “power posing” and it has been proven to enhance confidence and lower stress. It is the simple practice of faking it until you feel it.

This is not Silence of the Lambs, “It rubs the lotion of its skin or else it gets the hose again.” This is a body confidence trick for loving the skin you are in—there is a tendency to punish our bodies for betraying us, for not being what we desire, but what if we ritualistically honored our body instead?

Choose the body part you are mad at, that you fight with in your head or yell at in the mirror. You are going to get a full bottle of lotion, or coconut oil if you prefer, and slather that body part in it every day until your bottle is empty. As you rub the lotion or oil into your skin, appreciate how your flesh feels, thank your body for working for you, notice all the freckles scars or folds—simply be in the moment without making a value judgement about yourself and take care of the skin you are in by nourishing and massaging it. By the time the bottle is empty you will be amazed by how much more confident you feel.

4. Explore the World of Fetishes

A fetish is a need for an object or body part in order to achieve an elated state of sexual arousal. Believe it or not, even if you don’t like something about yourself, there is probably someone out there who finds it extremely arousing. It sounds weird, but so much body shame is associated with the fear that we will never find love. Fetishes cement the idea that even the things that you find weird about yourself will be loved by somebody somewhere.

Here are some body related fetishes you may have never even considered: feet, hands, noses, amputees, stuttering, whispering, obesity, old age, big butts, small butts, small boobs, big boobs, body builders, elbows, necks, mouths, hair, piercings, tattoos, the list goes on and on. Suffice it to say, there is something about you that someone finds wildly attractive.

5. Look to the Stars

In his book Cosmos, Carl Sagan wrote, “The Nitrogen in our DNA, the calcium in our teeth, the iron in our blood, the carbon in our apple pies were made of the interiors of collapsing stars. We are made of stardust.”

Look to the night sky at all of the stars, nebulae, and planets twinkling down on you. They are breathtaking and immense—larger than we can physically relate to and more powerful than we can ever dream. As you gaze above at the perfection of the universe remember that all those beautiful elements are in you as well. Would you look to the heavens and declare them to be ugly or unworthy of admiration? No? Then don’t say that about yourself either. 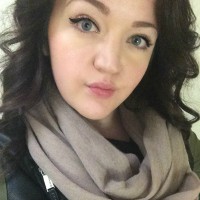