The Truth about Milk. {Warning: You may Never Drink Milk Again} 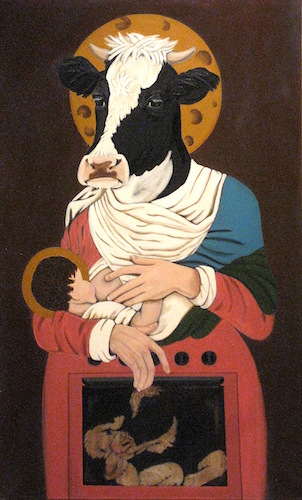 Cow’s milk is not intended for humans.

Nature’s intentions were for baby calves to drink their mothers milk, however, this is something that very rarely happens in the dairy industry.

Not many people would drink human breast milk if they were offered it, so why do they think it’s acceptable to drink the milk from cows?

Cows typically have a lifespan of around 25 years. However, their life is tragically cut short after they are sold for meat once they have existed for four to five years purely to be a slave to the milk industry.

Dairy cows are forcibly artificially inseminated once a year using a constraining device, which is known as a “rape rack.” The semen is inserted through the cows rectum and vagina into her uterus, with no painkillers.

Cows are mothers. Dairy cows spend pretty much their entire short lives pregnant so that they lactate with the intention of feeding their babies. They carry their babies for nine months, the same length of time as humans, however, they will never have the opportunity to nurse their young.

On so-called humane dairy farms, the calves are taken away within an hour, as they believe this to be the least distressing solution.

A dairy cow will lose her babies between approximately four and seven times, which causes extreme distress and anxiety that takes an enormous emotional and mental toll on the mother.

A cow has the same primal instincts to protect, nourish and nurture that humans do. Just as any new parents bond with a baby, mother cows are the same. Just as a human baby cries as its mother leaves the room, a calve will cry out for its mother too.

Those who have witnessed the traumatic scenes and heard the cries coming from dairy farms when mothers and babies are torn apart describe the noise as a deafening mixture of bellowing and whining with a desperate and frantic physical attempt to remain together. These cries are known to have been heard from mothers for up to six weeks afterwards, and sometimes longer.

Mother cows have been previously known to break out of fields to search for and be reunited with their calves that have been taken to auction.

Sometimes the mother and baby are tortuously placed at different parts of the farm so that they can still see, sense and smell one another, but are too far apart to touch and bond.

The majority of calves are seen as surplus to the dairy industry. Across the world 21 million dairy calves are slaughtered for veal or cheap beef every year.

At only a day or two old, many are taken to feedlots to await their slaughter, while others are kept in dark and tiny crates almost completely immobilized so that their flesh remains tender. To ensure the calves flesh stays white they are fed a low iron liquid diet with barely any nutrition. This makes them ill and many suffer with anemia, diarrhea and pneumonia.

Due to the illnesses calves endure, they are given huge doses of antibiotics and other drugs just to keep them alive.

Alone, terrified and sick the calves are then killed at only a few months old so that their flesh can be sold as veal. Without the dairy industry, the veal industry would not exist. This horrendous suffering is simply a by-product of the desire for milk.

Some of the female calves will begin the same life cycle of slavery their mothers endure.

As soon as the baby calves are taken from their mothers, the cows are then hooked up to machinery to produce milk for human consumption. Cows are also given hormonal drugs so that they are capable of producing far more milk than they would do naturally.

Over 90 percent of U.S. cows are confined to a life indoors, with 60% of them being tethered at the neck and unable to carry out basic behaviours, which are essential for their well-being. Many cows become lame due to poor restriction, damp and acidic housing from urine and feces and an enlarged udder. 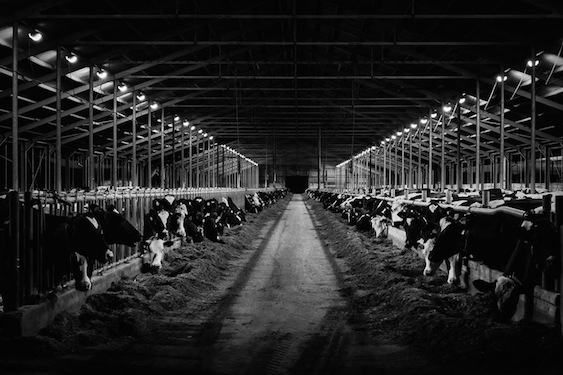 Every investigation that has been carried out by Mercy For Animals at dairy factory farms has exposed widespread and horrifically sadistic and needless acts of cruelty towards animals.

Thanks to these investigations, many of them conducted at random, various workers, managers or owners have received criminal charges or convictions after being caught viciously beating, kicking or dragging animals.

Change is happening, but sadly, very slowly. Please be aware before purchasing meat and dairy products and, where possible, carry out research beforehand to ensure that this systematic abuse and these practices become a thing of the past.

Apart from the cruelty aspect, various scientific studies have shown that cow’s milk is not even a healthy product for the human body. An assortment of detrimental health effects have been directly linked to the consumption of milk. I will cover more about this in my next article.

There are many alternative options available such as soy, rice or almond. Please try one. It is so simple to replace dairy products with cruelty free ones. The supermarkets are often stocked with various alternatives. 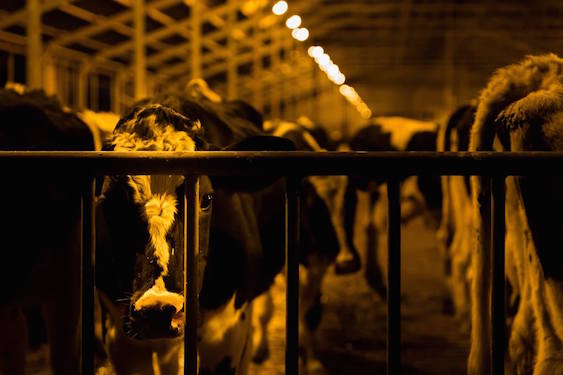 People often think the alternative option is organic. However organic is not cruelty-free either. Whilst the cruelty is minimised, the bodies of the cows are often exhausted and emotionally traumatised due to the separation anxiety caused when they have their babies ripped away from them. They then still have to face the chilling doors of the slaughterhouse.

Often people are wary of dairy-free alternatives as they have gotten used to the tastes of their regular brands. However, alternatives available for purchase are deliciously flavoured and almost everyone I’ve ever spoken with who has chosen to make the change much prefers them. Besides, the feeling gained purchasing cruelty-free outweighs whatever small taste differences there may be.

For more information, check out this video that explains the true cost of dairy: (Warning: The video below has very disturbing scenes.)

10 Facts the Dairy Industry Doesn’t Want you to Know.

Do You Know What’s in Your Milk?