This is Why you Shouldn’t Ride an Elephant. 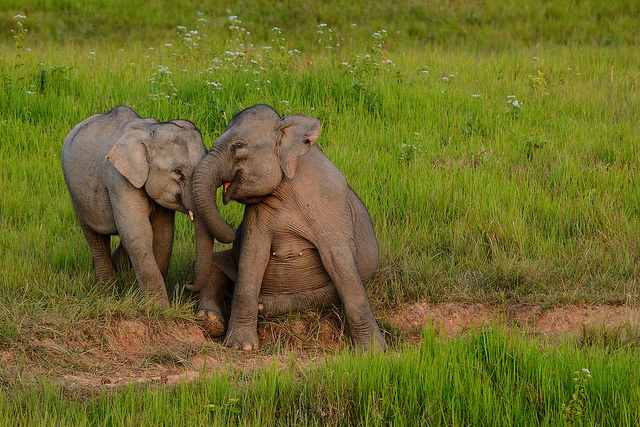 It is a long running joke between my sister and I that our family dog is my mom’s favourite child. What’s not a joke is the love of animals she instilled in us from a young age.

If we found a spider in the house, we carried it outside.

If the circus was in town, under no circumstances did we go—and we understood why.

One of my most profound early childhood memories was, after telling my mom I wanted a baby spider monkey for a pet, her telling me that the baby would have to be taken away from its mommy, followed by a discussion of how sad she’d be if I was ever taken away from her. Needless to say, I quickly realized that sometimes the best way to show love for an animal is to leave it be.

So here’s is the advice I give whenever somebody learns about my passion for elephants. They usually ask the inevitable: “Is it okay to ride an elephant?”

Because in short, no. Under no circumstances is it ever okay to ride an elephant.

This is not to say that if you have ever thought about riding an elephant, or if you ever have, that you are a bad person.

I think the reason most people choose to partake in this activity is because they genuinely love animals. No one who is thinking “ugh, elephants” is going to willingly climb on the back of one of these nine foot tall, four tonne animals. What’s lacking here is not compassion, but rather lack of knowledge.

Knowledge of the real cost when you pay two dollars to feed a baby elephant, or $35 for an hour long trek on the back of one.

Elephants have a unique family structure. They are matriarchal, led by the oldest and wisest female. A female society made up of mothers and daughters, sisters and aunts. Should a mother die when she still has a young calf, one of the other members will take over the mother role.

This is what makes the begging baby elephants who are brought to the streets in Thailand so disturbing. For a calf to be orphaned, not only the mother elephant would have to die, but every female member of their herd. While a single elephant may die of natural causes, it is very unlikely that the same is true for an entire herd.

So while the two dollar picture of you feeding the calf a banana will get the likes rolling in on instagram, the real cost is the lives of that calf’s family.

Further, before elephants can be ridden, they must be tamed. The taming process for tourism is not that different from how circus elephants are tamed.

If, like me, you were traumatized by the Disney movie Dumbo, then you won’t think very highly of this practice.

In addition to starvation, dehydration and being chained up, this brutal process involves the use of bull hooks. Similar in appearance to fireplace pokers, these tools are used to beat the elephants into submission.

Eventually just the sight of the hook is enough to make the elephants scared enough to do whatever they’re commanded. You will not see an elephant being ridden in South East Asia without someone carrying a bull hook following close behind.

Being conscious of these realities is the first step we can take in ending this treatment of elephants. Choose to support companies that rehabilitate abused elephants rather than allow tourists to ride them.

Throughout South East Asia there are numerous nature parks and sanctuaries where you can interact with these beautiful creatures by helping bathe and feed them, supporting their recovery instead of their abuse.

They are said to be uncannily altruistic.

Now it is our turn to demonstrate compassion.

Be knowledgeable. Be considerate. If you love elephants then choose not to ride them, remembering that sometimes the best way to show your love is to just let them be. 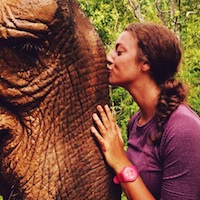