Why I Love My Wrinkles and You Should Too. 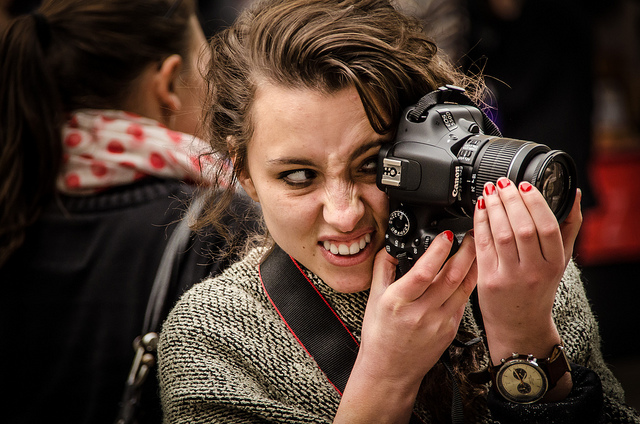 A thick line carves its way through my skin between my eyebrows. It’s deep and hard and creates a look of perpetual concern on my face. It mocks me; it laughs at my powerlessness. I scowl at it and it grows bigger. It’s a gigantic wrinkle and I hate it.

It didn’t always cover this much ground on my face. I remember the first time I saw it rear its ugly head. When I was in my mid-twenties, I woke up from a bad dream to find it had taken up residence there overnight. It would do this from time to time, but would be gone within a few hours and I wouldn’t see it again for months. Then one morning a few years later, the little bastard didn’t go away. It was as though someone had taken a knife to my forehead and hacked into it. And all of a sudden, my sweet young face turned into a rugged crevasse of oldness. Wrinkliness. Even writing the word “wrinkle” is, well, wrinkly. And I sure as hell don’t want to be writing it about me.

But now I’m wrinkly. Okay, so maybe I’m exaggerating a little. Or a lot. But whatever. I feel wrinkly. And I’m worried that I’m letting you in on a nasty secret that you wouldn’t have known otherwise. That you wouldn’t have seen my wrinkle if I didn’t tell you about it, but now you do. And now the truth is out and it’s confirmed. I’m old—with a wrinkle the size of the goddamn Grand Canyon between my eyes.

In all my workshops, teachings, learnings, beliefs and personal dogma about body image, natural beauty, reverence of women and the aging process, I always advocate for the love and acceptance of women’s bodies in their natural state. I’m adamantly opposed to plastic surgery. When I see old ladies whose faces are a crinkly maze of leathery, worn out skin, I’m touched and awed by their beauty. When I see old ladies whose skin has been stretched and sliced to mask its years, I’m taken by sadness and occasional bouts of nausea and see only emptiness inside.

But there’s a canal on my face! And dammit, I want to Botox the sh*t out of it! I want to blast it right off with a big shot of cow fat—or whatever that crap is made out of.

So today I was making my wrinkle wrong for existing (as usual), and comparing it to other people’s wrinkles and getting mad at it for having to be so f*cking big.

Then I realized that my whole life was inside of it.

I realized that my wrinkle houses every experience I’ve ever had. It’s my storybook. My autobiography. Inside that line on my skin lives every pain and every joy I’ve ever felt. That line is the gallons of tears I’ve shed. It’s every palm-sweating, limb-shaking fear I’ve felt. It’s the very real and bloody lines I cut into my wrists when my heart was aching more than I thought I could bear.

It’s the joy of being alive and the miles of laughter exploding from my belly. It’s my light that burns so brightly it illuminates everything in its path. And it’s the little girl whose light was extinguished, whose flame was blown out by the violation of her body at the hands of too many. It’s the happiness that flows through my veins and spills out through smiles so wide they seem like sunshine. It’s every time I pushed harder, fought my resistance, threw myself outside my comfort zone. Again. And again. And again.

It’s the sorrow of my soul and the insanity of my addictions. It’s me crying out in ecstatic bliss and volcanic orgasms, liquid lava pouring out of me. And it’s the baby who died in my womb, blood dripping down my legs and out of my heart.

It’s every wretched thought I’ve ever had about myself. It’s every rung of every ladder I’ve had to climb and every dirt-filled hole I’ve been blessed to emerge from. It’s all the times I’ve felt so very, very alone. It’s my cells filled with such intense inspiration and love of life, I think my body will burst open simply from the joy of being alive.

It’s my journey from pain into power, from unconsciousness into evolution. It’s how I woke up.

It’s the caterpillar, it’s the chrysalis, it’s the butterfly emerging from the cocoon. My wrinkle is my life.

It tells my story and shares my path. It’s the very essence of who I am. Why would I want to erase that? Why would I want to wipe out my very existence and replace it with a smooth surface of boring, drab, dull nothingness? A lifeless plane? No. I want to keep me. All of me. I want the scars of my battles because I have worked hard for them. I have earned my medals of honor. And my wrinkle is my Purple Heart.

And so I pay homage to every hard, deep groove in the faces around me. I bow to the stories that gave life to those lines. I bow to the experience of being human. May we celebrate the exquisiteness of a life well worn.

And if I could wake up tomorrow without this gnarly crease in my face, you bet your f*ckin’ ass I would! 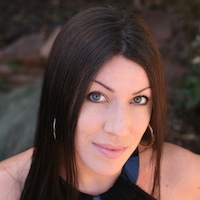