Why we Shouldn’t Try to Wake People Up. 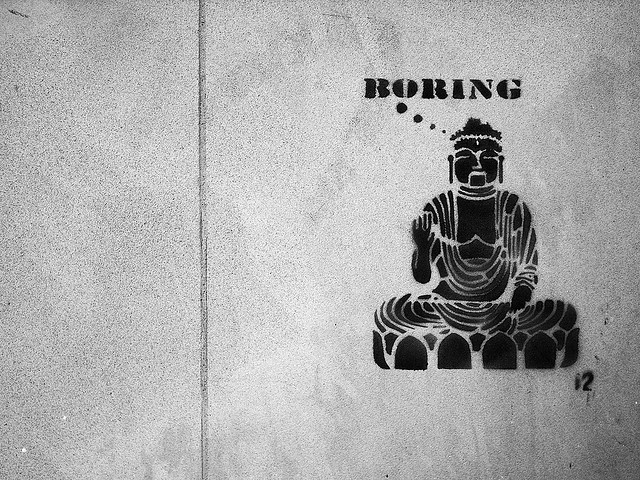 Spend five minutes in any new-age, spiritual or religious group and odds are high that the conversation will inevitably turn to the “out” group and how they need to be woken up, saved or enlightened.

Oh, wouldn’t the world be such a better place!

What I am suggesting in this article is that this kind of mindset is, at best, a huge hinderance, and at worst, an arrogant violation of another person’s intrinsic rights.

What this article would like to suggest to those of us with this kind of ideology is:

What/who gives you the right?

Maybe “they” are where they are because they made the choice to be?

Forcing our idea of reality and our agenda on another is just repeating and reinforcing the same hypocrisy that we are supposedly an alternative to.

What I mean is that many of the greatest atrocities in human history were committed with the belief that:

This is for the greater good.

God wants me to do this.

I have the one true vision.

The world be a better place when A,B,C.

Everyone would be better if they were like X,Y,Z.

Regardless of how enlightened, conscious or awake we might think it is, we do not have the right to demonstrate that kind of moral/philosophical violence on another when and if it is uninvited. It’s a different situation altogether if we are responding to an inquiry or invitation from the other; however, we still ought to maintain respect of boundaries while listening to what the person is asking, and then tailoring our response to that.

Further, if we want to minimize the violence in our world, then perhaps it could be worth investigating the violence we act out on ourselves and others on a regular basis.

Don’t you think every dictator and war monger throughout history believed their agenda to be of the highest and for the greater good? A brief examination of history would easily demonstrate this.

Isn’t it about time that humanity grew out of such notions?

I know I’m crazy for suggesting that we cut back on the unnecessary conflict, burden, obligation and responsibility that we all tend to create for ourselves. Yeah, it’s a total d*ck move to be like, “Hey, you’re wasting all of this energy here, maybe look at it and consider something else.”

But, I need to save the world!?

We could sum this up as defining life as “The Game of White Versus Black & White Must Win” or “The Game of Light Versus Dark & Light Must Win.”

This is a massive illusion, as none of these things exist in isolation, but instead on a spectrum or matrix with everything else. Thus, we can really only know one by comparison to the other, and vice versa.

What I am saying is that:

It’s highly likely that a person feels such a need to save because they internally feel in need of being saved.

If our role was truly as some kind of savior or leader, then we wouldn’t have to force or contrive it. We would effortlessly be it. Why would a person need to try or force to be what they already are?

Well, then what should we do if we stop playing those games?

My answer is, figure it out yourself. If you believe someone needs to be woken up, then that someone is probably yourself, so tend to your own garden and then see what grows. Maybe consider a bit of faith and trust in things.

Yes, we can plant seeds and pull weeds, but we really don’t have any control over the growth, maturation and fruiting process—nature is handling that.

Maybe also consider falling in with love with learning and discovering, rather than the knowing.

Perhaps fall in love with the questioning rather than be addicted to the answers.

The pot calling the kettle black:

Obviously there is some irony here in that the very act of me writing this article is in some way a manifestation of some of the things that Im talking about. The same could be said for the sharing of any thought or opinion if we were to take it to the extreme, which I’m sure some will do.

The main difference here is that I really don’t care if you like what I’m saying or if you decide to apply it to your life.

That’s your choice and your right to consider for yourself, reflect and then make your own decision. Also, the idea of being responsible for another person’s reality, simply put, grosses me out. I’ll leave the pyramids and power struggles to someone else.

My real motivation here is the following:

I’m a person too, so this helps me grow.

I spend all day thinking about this kind of sh*t.

I genuinely want to help people in a way that is fun, cool and entertaining.

So really all I can say is, if it feels cool, then give it a shot. If it doesn’t, then don’t.

My Awakening to the Obvious.