5 People Changing the World As We Know It. 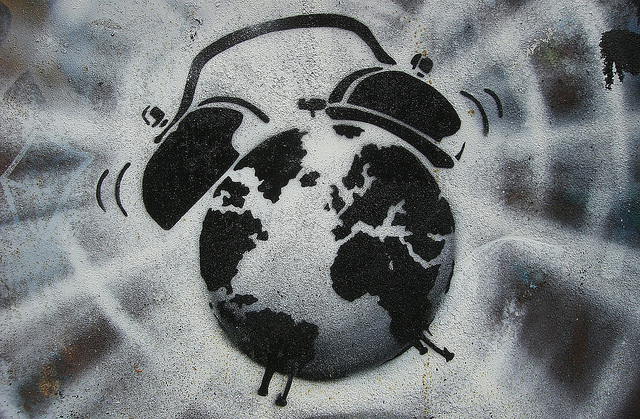 There are important changes happening on so many levels in our society.

Collectively we are waking up, driven by the deep lack of satisfaction that we have for the way our social systems are designed and the destructive impacts that they’ve had both on humanity and the environment. Inspiringly, these changes are being led by many people who have devoted their lives to the cause.

First, we need a philosophical shift, because individualistic behaviors which are driven by materialistic and consumerist ideologies have rotted out our values in terms of how we treat each other, as well as our natural systems. The metaphysics of materialism, which dogmatically plagues modern day science, is the core of this problem.

What we truly require is to collectively move into a philosophy that respects all life on earth with a unified perception of reality, something that spiritual traditions have expressed for eons and an idea that the scientific fields of quantum physics and parapsychology are “rationally” proving in our modern era. Without this deep shift in thinking, changing human activity to better care for Mother Nature, and each other, won’t occur naturally. Think about it this way: if we don’t view the world outside of us, as us, then it’s hard to imagine why we would have the same respect for it as we should ourselves.

There’s been some amazing progress made by humanity; however the dysfunctional outcomes of our social systems are now abundantly clear. For a quick introduction to these issues, have a read of 11 Toxic Realities Society is Finally Waking Up About.

These toxic states of human activity are thankfully being exposed by many leaders who understand the need to change the way we think and live. The results are nothing but impressive too, especially because individuals are being shocked out of their slumber at an ever-increasing rate.

The following five people, therefore, deserve to be household names, as they are contributing important energy to the shift that we are going through on a global scale:

Helena starred in and was the producer and co-director of the award winning documentary The Economics of Happiness. She is the founder and director of “Local Futures” (formerly the “International Society for Ecology and Culture” projects).

Helena works tirelessly to awaken society to the adverse impacts that arise from global power and economic structures through engaging in lectures, film screenings, workshops and international conferences, as well as writing for various publications. She also focuses on the shift we require in the way that we organize our communities so that we transcend the socioeconomic disadvantage, ill-health and social isolation that is increasing on a global scale.

Steve is a ground-breaking economist at Kingston University in London. He has developed a revolutionary model on how to manage our economy, called Debt Deflation, which includes a government controlled central banking system, something like Hungary has implemented and Iceland will be following soon. Steve and some of his colleagues support “quantitative easing for the people,” instead of for the banks, which is also called a modern debt jubilee (yes that means injecting money into everybody’s bank account). This strategy will decrease the massive private debt bubble that he has illustrated as one of the causes for the 2008 Global Financial crisis.

He believes that the fraudulent behaviors of bankers and financial institutions, which set up the toxic conditions before the GFC of 2008, needs to be dealt with by the full extent of the law, like Iceland have already led the charge in. In addition, given the current fragility of the world’s interdependent economic system, we need to prepare with strategies that will mitigate the impact of the next collapse, which unfortunately the real data indicate is not far from being realized. The fact remains that there are alternative solutions to the mess that a corrupt financial system, austerity and crony capitalism has caused for the world’s people.

Rupert is a British scientist who has worked in developmental biology and consciousness studies. He is an active researcher, author and public speaker and has been a leading voice in pointing out the dogmas that are restricting contemporary science. His latest book Science Set Free (US version) or The Science Delusion (UK version) shows how the sciences could be liberated from the dogmas of materialism, and regenerated.

He has shown with class and leadership why science has become an “institution” instead of a free-to-explore discipline. That’s because the spirit of enquiry has been prioritized first with corporate and financial interests. It’s also a human enterprise, so it is subject to politics, jealousy, corruption and bias. Yet most importantly, as already mentioned this bias has hardened into a materialist dogma that has hijacked the philosophical interpretation of evidence that is emerging from the mind-altering disciplines of quantum physics and parapsychology. This is what Rupert is committed to exposing so that humanity’s worldview can evolve with the true state of scientific endeavor, one in which ‘consciousness’ and “interconnectedness” become integral to our collective understanding of reality.

Geoff is a leading expert in the growing field of Permaculture. Since the mid-nineties he has specialized in all things permaculture, including the education, design, implementation, system establishment, administration and community development of it across the world. Geoff is a true leader in building a sustainable and healthy future for humanity.

Permaculture transcends many of the problems that we are faced with today. It is a design science based in ethics, and aims to provide most of the resources that we need, including food, medicine, fiber and fuel. Geoff has proven that this system is applicable in any climate and region on earth, so an abundance of materials can be provided no matter where we live. It isn’t just a system for individuals either; it can be used in a community setting to provide true wealth for the people and reintegrate communities at the local level.

Dean is the Chief Scientist at the Institute of Noetic Sciences and leading researcher into parapsychology. For around three decades he has developed and implemented robust scientific models for experimenting with and capturing data of a range of psychic experiences. He has written some highly successful books, including The Conscious Universe, Entangled Minds and Supernormal, among others.

He is one of the growing number of scientistswho have not fallen victim to the materialist rhetoric. For example, in 2014 he was part of “A call for an open, informed study of all aspects of consciousness” which was made by around 100 scientists. In addition, in the same year his colleagues created a “Manifesto for a Post-Materialist Science … to visualize what an emerging scientific view may look like,” which was developed by eight respected scientists, including Rupert Sheldrake. Simply, both groups have called upon the scientific community to face their hypocrisy and transcend their philosophical bias.

All of these experts are guests in the “Redesigning Society” series, which you can view on The Conscious Society YouTube Channel. There are many more to come, too. Each interview contains knowledge that desperately needs to be integrated into the mainstream mindset and are important pieces of the puzzle for the philosophical and social changes that we’re evolving towards.

The following video contains a quick overview of the project, as well as an introduction to the information that the series has explored so far:

Redesigning Society: How Science is Proving that Extraordinary Experiences of the Human Mind are Real.