A Green Fork: What We Eat Matters. The other night at dinner, I was prattling on about “taste,” and the guest at our table said something along the lines of, “Well, you’re a foodie…”

I took slight offense and bristled a bit (okay, a lot).

I consider “foodies” to be people who possess a jaded and trendy palate—always looking for the next hip ingredient. Culinary thrill seekers (or food snobs), scrambling to get a table at the latest hot restaurant. Like theater goers, they’re captivated by the flash and spectacle of what’s on the stage or plate, but less keen on the scaffolding behind the curtain or the work of the actual production.

I set my wineglass down and explained to our guest that while I am certainly attuned to the taste of my food and have a discerning palate, I’m far more fixated on the integrity of what’s on my plate.

As a French-trained cook, I have always been more strongly drawn to rustique rather than haute or trendy cuisine, and in my mind, that is very different than being a “foodie.”

There’s more simmering in my mind than just a love of good food. A farm-to-table approach suits me nicely and embraces many of the qualities that I value.

I feel a rising passion for the integrity of food, on many levels.

How, and where, was it produced? Is it local?

How fresh is it? Has it been hours or days since it was harvested? Is it organic?

How many hands touched this food before it came to me—not in terms of hygiene, but rather how far has it traveled from its origin?

Believe it or not, less than 20 percent of what Americans spend on their food goes to those who actually grew the crops or raised the animals.

As much as I appreciate and enjoy Whole Foods Market, I’d rather purchase whatever I can at the farmer’s market and give less money to the food industry corporations—or restaurants.

The culinary mantra of “local, seasonal, organic” has long been important to me, but sustainability looms ever larger in my mind. Our modern cities are essentially on continual life support—dependent upon electricity generated and food grown elsewhere, usually a great distance away.

While the term “sustainable” has soared in popularity and general awareness, the word has been watered down to the point where its use is nearly laughable—applied to everything from plastic cups to new housing developments.

Much of our current mentality is more like a Band-Aid approach—a merely cosmetic step aimed to make consumers feel good, while business goes on as normal. It’s called “greenwashing,” and it is spreading rapidly.

In reality, the bottom line is this—anything which depends upon petrol, fossil fuel generated electricity or the extraction of resources, either for its production or distribution— is ultimately not sustainable.

Therein lies the massive challenge at hand—the “Great Work” of our time. Humanity must evolve from being the single most destructive element of the planet, to an interconnected and life sustaining one. This is no small feat.

Several years ago, Wendell Berry—a poet, essayist, novelist and gentle activist, who has consciously farmed a hillside in Kentucky for more than four decades—wrote in his brilliant collection of essays, Bringing It to the Table: On Farming and Food, that eating is an “agricultural act.”

Berry was an early and eloquent voice—telling us that what we eat matters, not only in reforming America’s broken and unsustainable food system, but also in our intimate relationship with place and each other. His torch has been taken up by bestselling author, Barbara Kingsolver, in her worthwhile book Animal, Vegetable, Miracle, and most recently by popular food writer, Michael Pollan (author of the best-selling The Omnivore’s Dilemma, Food Rules, and Cooked: A Natural History of Transformation).

Little is more insidious than the thought, my actions as an individual don’t matter in the larger scheme. Nothing could be further from the truth. The way that change comes to the world is through a slowly building wave of countless, individual actions.

As Berry and others have proposed, what we eat does matter—hugely. Not only for our own health, well being and sense of soul, but also in our relationship as a species to this planet, of which we are an integral (and hugely influential) part. Our actions in the kitchen—and the market—aid not only in reforming our food system, but also directly affect (and enhance) a fragmented and disconnected way of life.

Like planting a garden, sitting down at the kitchen or dining room table is a quietly radical act of the utmost good taste. As culture becomes more globally homogenized, food can be one of the key elements that restores a sense of place and belonging. It opens our senses and heart, escorting us back to the moment in gratitude. It offers us pause—to reflect, to savor and celebrate.

In my weekly post, the Soul Artist Journal, I often write about “soul artists” as very conscious, authentic individuals. They heed the cyclical rhythms of nature and the seasons, celebrating the gifts of each as it passes. They sink their roots down where they’re planted and consider what it means to be in a relationship with that place.

Similarly, a good, soulful cook will also consider—what is sustainable and what is not? Beyond the price tag, what is the true cost of this food?

The timeless grace of the table becomes even more nourishing when what we bring to it is food that nourishes the body and respects the earth—and all who participated in its production, animals included!

We need to evolve past trendy “foodies,” and instead, eat like every one of us is an organic farmer, emphasizing what is local and most responsibly grown. 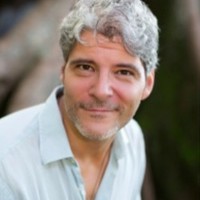