Ask Me Anything: Girlfriend has Disturbing Questions about Boyfriend’s Past. {Weekly Advice Column} 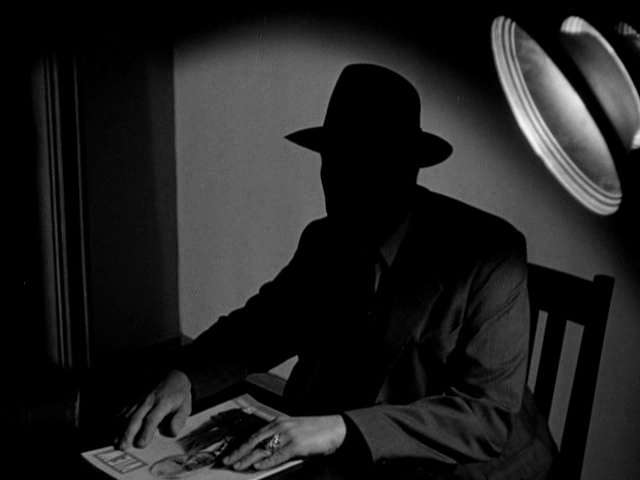 I have a young child I have been raising on my own since he was born. He is the product of an abusive relationship. His father has not been in the picture since I left when pregnant.

Since he was born I have had very few relationships, much of that due to my fears at finding myself stuck in yet another bad or abusive relationship, but also I have spent much of that time soul searching, finding and learning to love me, trying to learn from observation what makes the difference between a healthy partnership and an unhealthy one, and trying to be the best mom I can be to the most important person in my life.

Very recently I started up a relationship with someone I have known for a long time as an aquaintance. So far, it’s been pretty wonderful. He is funny, gentle, kind, sensual, hard working, playful, responsible and intelligent. He has a child from a previous marriage and our lives seem to blend very well together.

I’m thinking that this relationship has the potential to be long lasting and amazing, but some new information came my way within the last few days.

Apparently, in his previous marriage, he had some anger issues that at one point resulted in violence toward his stepdaughter (I don’t know exactly how bad, but I gather that there was some hitting and much yelling at the very least).

I have not asked him about it yet (I don’t quite know how to broach the subject), the information I have is spotty, and could be being overdramatized from the source. But it is really shaking up old fears. I am at a loss for how to proceed. Part of me wants to engage him in a conversation about it, make it clear that I will not tolerate violence of any kind in my life (physical, mental, or emotional) and give him the opportunity to prove that he has made mistakes (as we all have) but that he is not that person any longer—and part of me wants to just walk away as fast as I can right now.

I cannot (will not) put myself and my child at risk of an abusive relationship, but in all the ways I have been witness to who he is at present (and we’ve spent a great deal of time together given the length of time we’ve been dating: a couple months) I am pretty damn head over heels for this guy.

I have seen evidence of a temper, but he seems to be able to get it in check pretty quickly and it has not been anything extreme. His child shows no signs of being abused in any way, and he is still good friends with previous girlfriends which would lead me to believe there were no abusive situations there.

Am I setting myself up for trouble or making a sound choice to give him a chance?

You are definitely not making a mistake if you give him a chance.

Let’s turn the tables and say that he got some spotty second hand information about you that could potentially be damaging to his child; would you want the chance to defend yourself? Of course you would.

It is natural, given your history and the fact that you are (very rightly) putting your child first, that you are alarmed by the information you received. You don’t mention how, or from whom you received it, but those are important details. Why is the person who told you telling you, and how exactly do they know what they (think) they know?

Regardless of how this fell into your lap, you are now in possession of a potential relationship grenade. How best to pull out the pin? A straightforward conversation.

I don’t know if you have divulged your past to your new boyfriend—if not, this it the perfect time to do so. You say, “Boyfriend, as you may or may not know, my kid and I have survived some tough stuff. I’ve made a commitment to never put us in that situation again. I am concerned because I heard X. I really want to hear your side of the story and will try to be as unbiased as I can.”

Pay attention to his reaction. Is he forthcoming and calm? Or does he become defensive and angry? Even more than the words he chooses, his emotional response will be very telling. Listen to your gut, and take it from there.

I have kind of a stupid problem. I love tattoos. My husband hates them.

When we met, I had one tattoo, pretty small and easy to cover. I’d always wanted more and planned to get them, but didn’t have enough money to get what I really wanted. Now I do, but my husband is dead set against it.

I have an appointment coming up in August for which I’ve already put a downpayment of $100. It is a fairly large piece that would cover my shoulder. I kind of want to just get it done without saying anything and then my husband will have to deal with it, but on the other hand, that seems really rude.

But on the other, other hand, it’s my body!

Would it be wrong for me to just do what I want, consequences be damned?

When we get married, we make a very serious commitment to love and honor each other the best way we can. My sense is that you already know sneaking out to get a tattoo would be disrespectful to your marriage, and that that’s not how you want to do this anyway.

This is where the art of negotiation and compromise comes in.

Is there something your husband wants that you haven’t been so keen on? Perhaps you can find some wiggle room there. Or maybe he would be more supportive of you getting a piece like your current one, which is easily covered up if need be. You might mention that he loved you with the original ink, so perhaps if the two of you sorted it out together, he might even find meaning and excitement about the next one.

If he is still dead set against it, then you have a choice; you have to decide what’s more important, your husband’s feelings or your wish to have another tattoo.

The good news is, this is the kind of thing mature adults can get over—unlike say, an affair—so no matter which way you go, someone will have an opportunity to be a good sport and realize we can’t always get what we want.

Ask Me Anything: Woman Worries that Insecurities will Ruin Relationship. {Weekly Advice Column}