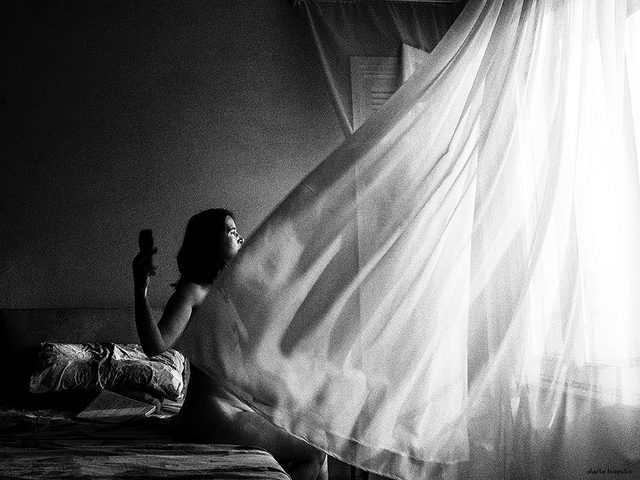 As much as I generally like being a woman, there are times when I wish I could go to another universe and change sexes for a while (like they do in Ursula K. LeGuin’s fictional Ekumen), if only to escape the constant body-shaming that seems to come with it.

I recently wrote about JK Rowling’s brilliant response to a troll who said Serena Williams was, “built like a man.” I—along with many—thought that was offensive and sexist. However, as many pointed out, it was just a troll. It wasn’t, say, a writer for a prominent newspaper who body-shamed her.

However, that’s exactly what happen when Ben Rothenberg wrote a piece about Williams in The New York Times .

“The real disgusting part of this, though, is that the Times didn’t really critique Williams. Instead, it let her competitors do it by explaining that they don’t envy Williams’ physique even as she uses it to dominate them.”

Despite the anger I felt while reading Rothenberg’s piece, I believe it’s a must-read for anyone interested in sociological or gender issues, for it offers good insight into what it means to be a woman in this society. It’s hard to imagine any man—much less an elite athlete—being described in the same way. (Indeed, one writer even wrote a piece replacing Williams with Tom Brady and using many of the author’s own words.)

And the body shaming doesn’t stop with athletes.

Case in point: It’s summer—the time of year when many of the rich-and-famous are hitting the beaches of Europe or yachting. The ’80s/’90s supermodel Elle Macpherson is one of them, and tabloids and gossip sites have been eagerly posting near-daily photos of the still-stunning 51-year-old MacPherson in swimwear.

Even though Macpherson has a figure that most 20-year-olds would envy, it isn’t enough to stop the body-shaming comments, which range from “cover it up!” to my personal favorite, “She looks 90!”

If Ms. Macpherson isn’t “perfect” enough, then there is no hope for us mere mortals.

Still, it isn’t as bad as the shaming of former supermodel Jerry Hall, who was photographed on a boat in a bikini. Hall, who is 59 and the mother of four, received even worse comments about her appearance than Macpherson. (One compared her breasts to a “spaniel’s ears.”)

Interestingly enough, the same day that the UK-based Daily Mail ran those photos of Hall, it also ran a feature promising to reveal the secrets behind Macpherson’s appearance. Most of the comments blasted Macpherson for being “vain” and “obsessed” with her image. Others accused her of having had various cosmetic surgeries.

The message was clear: A woman simply cannot win.

Even looking “good” by some people’s standards comes with shaming. As I read the comments, I couldn’t help but wonder if those calling Macpherson out for spending “too much time” on her diet and exercise regime were also criticizing Jerry Hall. If so, was the irony totally lost on them?

As a woman and the mother of a young daughter, I am saddened, and more than a tad upset, by all of it.

I think of Jenny Joseph’s poem “When I am Old,” which opens with:

“When I am an old woman I shall wear purple
With a red hat that doesn’t go, and doesn’t suit me…”

“And I will probably be body-shamed like hell,” I am tempted to add, in light of the above.

As someone who, like most women, has struggled with body issues, I was hoping that the older I got, the less I would have to worry about these things. However, it occurs to me that there is really no magic age where it stops.

Therefore, rather than waiting for that age when we have “permission” to no longer care about such things, it is up to each one of us to stop it now, in our own way.

For me, the easiest thing I can do is remind myself that in the examples cited above, each of these women have bodies that many consider to be perfect and that have netted them millions in the professions of tennis and modeling, respectively.

I am not an elite athlete or model. My living is not based on what I look like.

If even the “pros” can’t live up to ideals, what does that say about the ideals, other than showing that they are unrealistic and silly?

I don’t think anyone will notice or care—much less have a problem with it. However, if anyone does, then I can safely know that it’s their problem rather than mine.

Taking On Sexism in Women’s Sports One Tweet at Time.