12 hours left:
Join Elephant’s Editor-in-Chief for 6 weeks and write your way to a life you love, with Elephant Academy.
Enrollment closes at midnight, tonight.

12 hours left:
Join Elephant’s Editor-in-Chief for 6 weeks and write your way to a life you love, with Elephant Academy.
Enrollment closes at midnight, tonight.

How to be an Empath with Muscle. 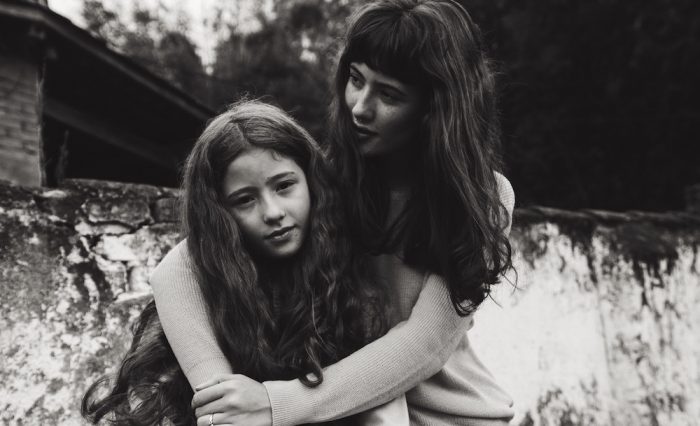 It’s incredibly hard work being an empath, isn’t it?

Getting it all, feeling it all, absorbing it all? Picking up the pain of a stranger so deeply as they walk by that your entire body hurts? Feeling dizzy and sick in a crowd or café from the energy coming your way?

For several years, one of the most important tasks I had was to help young therapists in training to use their empathic skills differently. To build empathic muscle and emotional resilience. To transform a liability into a strength.

So, first, here is the bad news. It’s where we have to start. It’s going to be a shock to some, but we need to begin at the beginning: empaths are not empathising at all; they are actually identifying.

I repeat, empaths are not empathising, they are identifying.

To explain what I mean, imagine you have someone drowning out in the middle of a lake. If you’re identifying, you’re so overcome by what it would be like if you were the person drowning that before you know it you’ve jumped in too, even though you can’t swim, and now there are two people drowning instead of one.

If you’re a tuned in, canny empath with muscle, you’re observing what’s going on with enormous understanding and compassion, you feel the other’s fear and panic, you hold it inside you long enough to transmute it through the sheer power of loving intention and you breathe out calm and your belief and strength and knowledge that this person can swim.

You don’t jump in; you stay on the shore, talking them through, hearing, noticing, showing you get it, making sure they know they’re not alone. And that these feelings threatening to drown them can be survived.

There’s nothing new or magical about this. It’s what tuned-in mothers and fathers do for their babies all the time. Watch carefully and you’ll see it happening. You’ll see a baby fraught with fear or rage or frustration become miraculously soothed because a parent is showing that these feeling can be survived and managed. The parent takes those feelings into their own body, holds them a while, and then gives them back to the baby in a processed and manageable form.

See, those of us who grew up learning to be empaths without muscle (identifiers) usually grew up with either an over-anxious parent who couldn’t manage their own feelings very well, or a pretty shut down parent who could give us little or no help in managing our own feelings, because they simply did not do feelings.

In the first case—that of an over-anxious parent—we were required to become what is called, in my theoretical background, a “container” for that parent, because that parent could not act as a container for themselves.

We’re not talking blame here, just cause and effect. If you can’t contain your own feelings, you look for someone else to contain them for you. In this case, your child. You. Me.

Trouble is, a child does not have the resources to be a container for someone else’s feelings, because a child only learns how to contain their own feelings when a parent capable of managing their own feelings shows them how. You see how complicated this is getting?

In the second scenario—a parent who is emotionally shut down—the child has a parent who is also unable to show a child how to contain their feelings. Instead of knowing how to do this themselves, they have discovered what seems like a safe alternative, which is to push them all away out of sight and shut down. This is called splitting. Psychically, we split off our unwanted and unacknowledged feelings unconsciously, and put them into someone else.

Typically, these two parents often show up together, so that we have one parent who is emotionally overflowing and another who is emotionally shut down. Remember, we’re not allocating any blame here—these parents are the way they are because of the parenting they themselves received, which clearly also gave little help with how to manage feelings.

So now, back to the child.

Without help to either contain or process feelings—which are pretty big and frightening things to a child—this child is now exposed to feelings and images in the raw; wild feelings, if you like, with no help to know how to tame them.

As the child develops, feelings remain frightening, a threat rather than a friend, an attacker rather than an ally. Feelings and images continue to hold quite nightmarish proportions, and we have a fearful relationship with them, particularly those we receive from other people.

Instead of welcoming feeling as helpful information, we dread what feelings do to us. We dread the physical sensation of a feeling in our body. We don’t know how to receive and then process what is filling our senses; we are the ones who end up drowning.

So, the biggy: what do we do instead?

Here are my own thoughts on that. They are just my thoughts, and I make no claim that they are anything more than thoughts. Still, I hope they maybe have some use.

Supposing we were to do the following: we begin to process and transmute the energy we receive, rather than merely absorb it.

I would suggest that what the world needs, and I am talking spiritually here now, as well as emotionally and psychically, is not more “empaths,” but more “transmuters.”

We know, many of us, that everything is light, and that we are beings of light. We know that the only difference between one expression or manifestation of light and another is the frequency at which it vibrates.

Feelings are light energy vibrating. When we absorb, temporarily hold and process, and then re-release energy which has been soothed by our attention and empathic understanding, we change that energy’s vibration. And once you’ve discovered to bring calm attention to another’s out of control vibration, you can become amazingly effective at transmuting energy in that way.

It’s what tuned-in parents do, and what skillful therapists do.

It’s what empaths with muscle do when they have become lightworkers.

So, suppose we were to become what we were meant to be, what we came here to be: lightworkers who know their purpose. Lightworkers who transmute light vibrationally, who can take light that is vibrating at a low frequency and transmutes it into energy vibrating at the highest frequency possible: that of love. Exactly like the parent I described earlier soothing a distressed baby.

We might not have put it in those terms always, but that is what a lightworker does.

A lightworker is an empath with muscle.

In practice, that means we’d cease going around absorbing everyone’s unwanted emotion, and instead we’d start going round learning to tell what’s ours and what is not, and releasing what isn’t ours, with enormous love and understanding and compassion—with true empathy—to the Universe.

We would get smart, we would get knowing, we would become aware. We’d start noticing that feelings that belong to others have a different quality, bring shock and heat and are sudden. And that we can become practiced at knowing the difference.

We’d stop feeling fearful and start being loving instead. Radiating outward such love and compassion that any low vibrational energy with which we come into contact cannot fail to be transmuted into that same frequency of love.

Can you see what that could do? Can you catch the excitement of that? Can you see it? Can you see how a planet where loving souls were consciously transmuting energy they received, that others couldn’t deal with, but which they did know how to deal with, could become transformed?

We would no longer do it by accident, a bit hit and miss. We would do it consciously, in awareness, with purpose. And through that, we would bring enormous power to this planet, and we would keep the flow going.

This is the true gift of an empath, who has been transformed from an identifier into a lightworker.

We’ve served our apprenticeships. Now let’s show the world what we are made of!