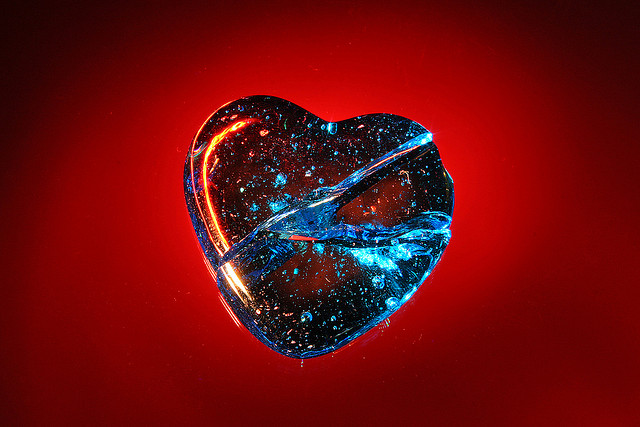 Eleditor’s note: Elephant is a diverse community. We are reader-created. Many blogs here are experience and not fact or “The One Right Point of View.” We welcome all points of view, especially when offered with more sources and less invective, more frankness and less PR. Dislike an Op-Ed or opinion? Share your own take here.

I wear a purple heart, close to my heart, almost every day—it’s got the word “Troublemaker” emblazoned across it.

Troublemaker is a moniker that I have taken to heart, literally and figuratively. As someone who has endured tremendous adversity—is still standing, fighting the odds and speaking out—I think I’ve earned a Purple Heart.

The Purple Heart is usually synonymous with war veterans and with bravery. I wear it because I too am a warrior, in my own way. As a survivor of childhood sexual abuse, and ritual abuse with multiple abusers, I know what P.T.S.D. looks, feels and smells like—in every sense of the meaning.

From body memories, “spacing out,” flashbacks of horrific imagery and nightmares—I’ve experienced it all. For years, I was paralyzed by fear. This fear crippled me to the point that I didn’t want to leave my house, out of dread that I’d run into my primary abuser.

I also feared that something would trigger me—it could be a sight, sound or even smell—and I’d have a meltdown in public. This was both deeply humiliating and debilitating. I had panic attacks in stores—I even fainted in a supermarket once, while attempting to apply for a job.

My doctor diagnosed me with hypoglycemia at the time, but in hindsight I believe that it was the pressure of the situation and the smells triggered my meltdown. I was still knee-deep in recovery at the time, so it’s a minor miracle that I survived through it all.

I’ve now learned that the abuse was not my fault. Despite what my abuser told me—I am not the creator of the circumstances that caused everything, including the abuse.

My abuser used mind control techniques, akin to what a Prisoner of War undergoes. He used hypnosis against me, so when there’s any mention of the use of hypnosis to overcome P.T.S.D.—I want to run for the hills, even though I know I’m safe now.

I have made a great deal of progress by practicing daily, mindful meditation, but the same negative thought patterns, fear and self-doubt keep cropping up. I continue to battle my inner demons on a daily basis.

Despite all of the “mind-twisting” my abuser used against me—I have found a sense of peace, well-being and purpose with my own unique sense of spirituality. I need to be in complete control of connecting with my consciousness.

Instead of simply trying to quiet my brain chatter through mindful meditation—or “zoning out” through other methods—I want to reach a deeper level of understanding. This is part of my ongoing spiritual practice, as an awakening empath and truth-seeker.

I am a gnostic agnostic.

It sounds contradictory, but it makes sense to me. I don’t claim to have the answers, but I am endlessly curious about the world—and beyond. My beliefs are purely experiential though, despite the fact that I was raised with an interesting mis-mash of Eastern mysticism and Christianity.

I eschewed religion some years ago, because it felt too much like someone else’s beliefs were being imposed upon me. That kind of imposition felt too much like control. In the ritual abuse I endured, my abuser used fear and mind-control to subvert my semi-religious upbringing and sense of morality—darkness was light, and evil was sacred.

He tried to break my spirit—by humiliating me and using my mind and body for his sick, twisted gratification. He also threatened to physically kill me and tried to terrify me into silence, often saying “If you tell, nobody will believe you.”

For a while, his scare tactics worked.

However, I am the one in control now. In spite of him and the others, I survived with my own sense of morality, justice and purpose intact—thanks to intensive therapy and my own strength of character.

My contents may have shifted, but nothing was damaged beyond repair.

Call me a “troublemaker”—it’s a label I wear with pride, because now I know that the abuse doesn’t define me. I refuse to let it beat me or stop me from speaking out against my abusers. Even the occasional dark days are just moments of passing into the light.

I may be a little cracked and bruised, but I am not broken. The pieces I’ve glued back together, like a mosaic, have made me into something even more beautiful than what I was born with.

I am a warrior, and it is my mission on earth to help every survivor I meet. I share my story as an example that it is truly possible to overcome the most horrific odds, and not only survive, but thrive as well.

I want other survivors to know that they are not alone, and that there truly is light at the end of the very long, very dark tunnel. 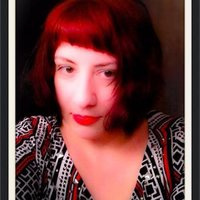