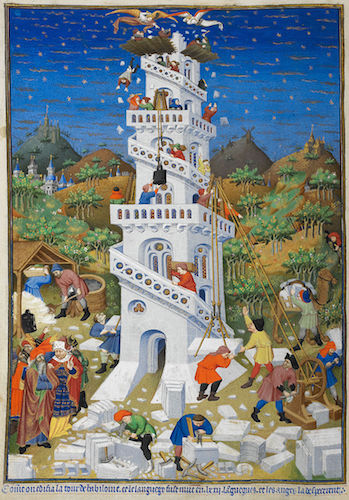 Every moment of every day, the human brain is showered with sensation.

We live in information rich environments, trees and clouds alive with data, light and shadow growing from the primordial ferment of raw sensation. The sights and sounds, feelings and smells of a verdant forest, its dappled canopy of broken light, its shifting patterns of browns and greens; even the denuded spaces of a city sky-scape, overwhelm the human capacity to process information.

We are deluged by a tsunami of reference points. The brain races to calculate distances, the lacunae between objects, the interval between events, lending to experience the subtle sense of space and time. Out of this stockpile of impressions the brain constructs an integrated world.

The primordial experience of the world is of an ever-shifting flux of sensation, restless waves of dizzying ambiguity, engulfing the self at every turn. The intermingling of all things constantly erodes the boundaries between self and other, one object and the next. We are more like waves than floating ships, more like the sky than the sparkling sun.

Simulating a snapshot of the world is challenging. The brain also pieces together representations over time, assembling images and impressions into patterns, purporting relationships, concocting narratives and lending to the world a sense of meaning. Scattered memories and impressions are synthesized along an imaginary timeline into the unified catalogue of experiences we call a life.

The actual world is more akin to the vast void that once lay before God. It runs together like water colors in the rain. It melts together like dripping wax. But the brain discerns form in a stream of colors, and makes of those colors a complete picture. It molds waxen images into shapes.

The world appears in a code the brain evolved to decrypt. How exactly the raw representations are assembled by the brain is still debatable. What we know is the job is overwhelmingly complex and somewhat arbitrary. Yet human beings are predisposed to experience an objective reality that is remarkably consistent across cultures.

Other beings experience the objective world differently. Trees must somehow sense the nitrogen and phosphorous they seek in the soil as well as the carbon dioxide they filter from the air. Without this ability they could not function. What mechanism they use to perceive these chemicals and what this feels like from inside the tree, we can only infer. But the tree must somehow organize its perceptions into meaningful patterns to seek out what it needs to survive. This radical divergence in perceptions highlights the arbitrariness of human experience.

Humans play film producer to an ocean of experiences. Random perceptions and feelings, thoughts and beliefs, memories and traumas, are shaped into meaningful stories. Since we have neither the space in the brain nor the powers of mind to retain so much data, the experiences are edited for storage, framed for the sake of clarity, and classified for ease of access.

Limited spatial and processing capacities require experiences to be organized, like books in a library or photos in an album. These experiences must be organized with limited brain and nervous tissue and made accessible to the mind at the moment of recall. Thus, the brain prioritizes, links, categorizes, and ultimately, distorts perception.

Snapshots and models of the world are always an approximation, like the paintings of an inexperienced artist or the fumbling notes of a rookie reporter. We spin stories and milk meaning from life experiences. But the raw data is beyond reach. Instead of recalling specific sense data, we refer to rules of thumb, theories, and prejudices. These are simplifications of a vast and complex puzzle of perception: maps upon maps upon maps.

Hemmed in by the spatial constraints of the brain and the processing power of the mind, we economize on memory, on attention, on nerves, and on time. Since brains are limited in capacity, so also are its depictions. Somehow we must fit the novel of an experience into the short film of memory. And this ultimately involves distortions.

This is a problem for the man who seeks to comprehend his own little corner of the world. Amid the constant string of misperceptions, though, he can usually muddle through. But the problem becomes insurmountable as the little corner grows to a world. Each of us constructs our perceptions of the world in our own ways, and these differences are a threat to social order.

Social complexity always comes coupled with the prospect of collapse. Highly complex social systems are simply difficult to control. There is always a danger some missing nail might unhinge the ship. But there is also the danger increasing social complexity will come coupled with a growing estrangement.

Since distortions arise at every stage of abstraction, as the number of abstractions needed to understand a social system increases, the resulting distortions will likewise multiply. People in complex societies often experience the world in such radically divergent ways that they lose the ability to communicate with one another. They are divided by occupation, by class, by subculture and by disposition.

But the world itself is in our minds one vast abstraction. We only experience it in tiny fragments, like the scattered shards of a great civilization with which archeologists construct historical narratives. Their stories are difficult to believe, and endlessly diverge, because they are premised on so little.

It is similar with making sense of our own worlds. As each group brings to the table a different narrative, the likelihood of divergence grows. And like Babel, a city that collapses due to its complexity, there is a danger our images of the world will become like mutually incomprehensible tongues. Perhaps we will all one day become globally conscious, not of the same blue-green marble, but rather of a radically divergent global kaleidoscope, speaking mutually incomprehensible tongues around a common table.

And still, like the world itself, through which we are each materially and perceptually interlinked, each of us is tied to all others by a commonly shared anatomy and physiology. Human sense organs and brains share the same basic architecture. Each of us is predisposed to see, to hear, and to feel a common set of objects and gestalts.

The prototypical human body consists of two arms, two legs, and 10 fingers. This provides for a common set of abilities, the ability to craft and manipulate artifacts, the ability to walk and run, the ability to point, to gesticulate, and to scratch your ass. Out of these abilities, we craft our technologies, shape our cultures, and tell our tales of what it means to be human. If we are going to sing from the Tower of Babel, we would do well to start with a recognition of our common humanity. For this may be the most easy to grasp basis of any new world order.

This is an excerpt from Theo’s book, Convergence: The Globalization of Mind.