Today, I sold my Wedding Rings. 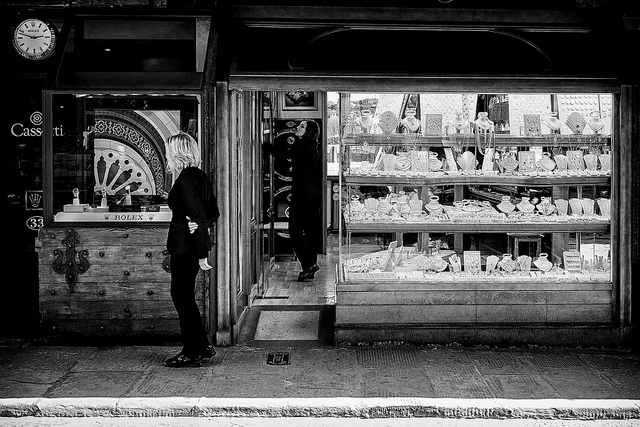 Letting go isn’t a one-step decision—it’s the process of thousands of movements towards releasing ourselves from the past.

The process of beginning the separation from my now ex-husband began back in 2011—it was a very slow and arduous one. But, no matter how hard or lonely it got, I had a voice inside of me encouraging me on.

It was almost as if deep down, a part of me knew just how much I needed to do this.

My first step at freedom came when I had asked my then husband to move out. It wasn’t an easy decision to come too, but a variety of factors finally pushed me to realize that delaying the inevitable was only going to hurt everyone in the long run.

I felt freedom for the first time in my adult life—and it was addicting.

The day my divorce was finalized, I walked out of the courthouse, across the street and bought myself lunch and a bottle of champagne.

I didn’t leave my husband for another man, but I did leave him for a dream that I had of what love could be. I didn’t leave him because I was mad or upset, but only because I had outgrown the naïve youthful girl that believed anything could be fixed by a white dress and roses.

After that initial day, I encountered a million more moments of letting go that I didn’t expect to experience. The hardest part of getting divorced wasn’t in deciding to leave my ex-husband but to leave behind the person I was for the duration of our relationship.

While we all have an integration of various selves, the person that I was while I was with my ex was so far removed from who I authentically am that the biggest challenge was to find out who I was once there was no one telling me who I had to be.

My relationship with my ex-husband had conditioned me to believe that in order to be truly loved I needed to become the woman that the person I loved wanted me to be.

Finding myself came in bits and pieces. I spent a lot of time on vacation by the ocean, surrounded by friends and an exorbitant amount of time alone. Little bits started to come back to me. I remembered how much I truly loved art, writing and music.

Ironically, once I started to undo what had been done— I found the self that I was at sixteen.

It was the best place that I could have started. I remembered her dreams, and her passion. I breathed into her rebellion and her off beat sense of humor. I wallowed in the smell of incense and the sounds of The Grateful Dead.

I took off my clothes and decided to let the world see who I really was.

Over the past year, I have discovered who I really am—and more importantly what I want my life to look like.

Once again, I thought my process of letting go was over—until today.

As I drove through town I spotted the sign from the local jewelry store advertising that they were purchasing estate jewelry. Immediately, my thoughts went to the little red velvet box I had stashed away in my room and I decided that today was the day I was going to sell my wedding rings.

Once I was home I dug out my old rings and I tried them back on. I looked down at my hand and the sparkling white diamonds and thought about how this would be the last time I ever have rings like this on my hand again.

One of many things I’ve learned is that I am just not a white diamond kind of woman.

I smiled as I looked down at the way the light caught the center stone, and I remembered all the good times. I felt enormously happy that I was able to experience all that I had—because if I hadn’t, I wouldn’t be the woman that I am today.

I packed the rings up and as I walked into the jewelry store. I didn’t feel sadness or nostalgia—selling them just seemed like the last thing I needed to do before really moving on. Once inside, the owner (who remembered me) took the rings and as he weighed and measured them he began telling me about his own life.

He told me a story of his own divorce, and his recent marriage to the love of his life. He told me that he doesn’t really believe that love has to be work, and that one of the things he loves most about his current wife is how easy their love is—they just don’t have to work at it.

He told me about how he just feels they were destined to be together.

He says it’s been six years and they have barely argued, and every morning he wakes up and still looks over at her and doesn’t know how he got so lucky.

He took my hand and told me to have hope—that just because it didn’t work out once, doesn’t mean that it won’t work out again.

And so with a check in my hand, I walked out the door and into the brilliant July sun feeling the flutter of hope lift my wings and send me soaring into the future that I know is waiting for me.

And regardless of what may happen, I have hope.

Because I know that somewhere out there is the love that I dreamed about all those years ago—and now I know that I am finally in a place to be ready for it.