The Primal Pull of Aries in Love. 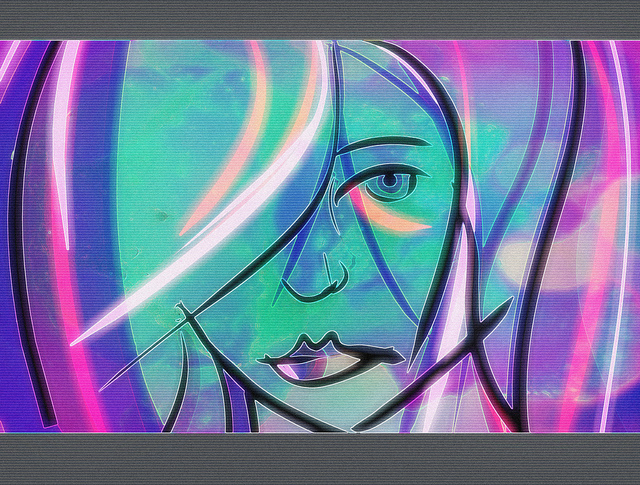 Loving an Aries can be a bit like playing with fire: it’s mesmerizing to look at and the warmth makes you want to get oh-so-close, yet if you’re not careful, tender skin burns under the intensity of this fire sign.

Aries keeps us on our toes and requires that we not only have our running shoes but have built up our endurance as well. This is a sign of constant contradiction and fiery passion!

Aries are ruled by the element fire and the planet Mars, so they maintain a passionate, dominant and sometimes even bossy nature. They are always ready for battle whether it’s a friendly competition in sports, getting a desired promotion or winning their heart’s desire.

They don’t shy away from a challenge. In fact, Aries thrives on challenge. Playing hard to get is the best way to capture their interest—just be prepared that they may want to keep playing the game.

Tell them “no” and it’s like throwing gas on a grease fire; they will pull out that unbridled passion and determination and stop at nothing to have you. The issue is that they are quick to fall into and out of love. They will chase you to the end of the earth, but once you reciprocate your interest they begin to act much like a kid in a candy store: Everything captures their attention and they are simply unable to settle on just one piece. For an Aries, familiarity can breed disinterest. The lightning bolt of new love completely blinds Aries to the fact that all that glitters is not gold.

Aries men and women sometimes move so fast that they fail to properly get to know who they are getting involved with. More than any other sign, Aries are prone to falling more for the potential they see in a person rather than the actual person.

If an Aries happens to fall and stay in love with you, theirs is a love that is truly unmatched and unbridled. They are not easy to keep, as their presence is akin to trying to pin down a cloud. Like a fine wine, most Rams get better in relationships with age. This means that they often have an extensive record of giving and receiving a few broken hearts during their youth.

Though many are keen to point out some of the more selfish tendencies of Aries (and the shadow side of the sign certainly lends itself to this stereotype) they also have great warmth to them. They are incredibly giving and warm hearted and have a tendency to believe the best in others, even when all evidence leans to the contrary. Once they fall for someone and their lover manages to keep things fresh and engaging enough to seal the love of an Aries, they are fiercely loyal and incredibly giving partners.

Like most things in life, there is a shadow side to Aries.

This is especially true when it comes to their behavior in love and relationships. If the shadow side is running the show, there is a great potential for anger and even abuse. They will want to dominate as their shadow nature is also quite controlling. They can attempt to micromanage every aspect of their beloved and throw tantrums when their lover refuses to cooperate or stick to their plan. They will have little control of their emotions and tend to be entirely reactive, leaving destruction and broken hearts in their wake. Shadow ruled Aries are fans of the “I want you, I want you not” game which can make them inconsistent lovers.

The shadow nature of an Aries can make for a very fluid definition of loyalty. They can be prone to affairs, but because they come back and do nice things for their partners they will still fancy themselves proper partners. Aries and physicality go hand in hand whether we are looking at the light or shadow side. They need physical touch but they are not one for modesty or beating around the bush. You must be bold and direct if you want to capture their interest. They cut right to the chase, and they want to consume you.

They want to get lost in you and lead you to become lost in them. Their passion can be so intense that you may feel intimidated in the face their carnal needs—it’s a fear I encourage all to face boldly.

When the shadow side is dominating, Aries can be much like the infant who cries in the middle of the night for his bottle, waking his very tired parents. There is not a conscious plan to be selfish but rather an inherent need that takes top priority. They want what they want, when they want it, and can sometimes have little regard for who or what may be in the way of that desire.

There is a dynamic energy to Aries that begs for your attention. It’s hard to not fall for them. They are engaging, fun and love a good time. They have a genuine interest to know who you are and as such ask the questions that no one else dares ask you. They are one of the rare signs who can simultaneously pull you close and make you beg to be released. Within the Aries contradiction, their partners will get lost in their passion with both a raw heart and matted hair, witnessing the primal needs of the Aries that only their partners can fulfill.

How to Make Love to an Aries Woman or Man. {Adult} 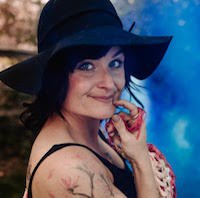 Laura Brown is an Intuitive Counselor, Tarot reader and Coach who blends intuitive tools with traditional therapeutics to help others on their journey towards wellness and el… Read full bio