The Secret to Great Relationships. 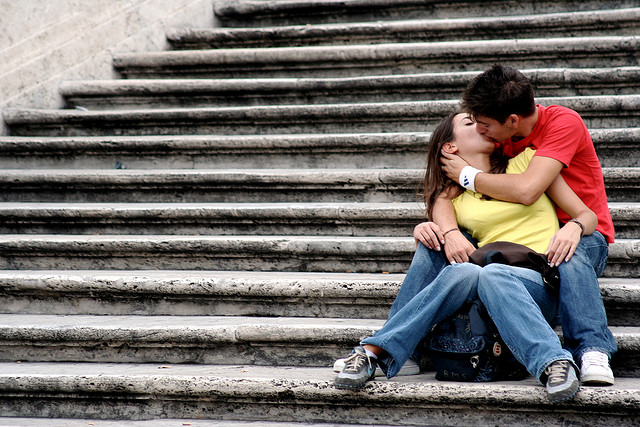 Many years ago I was at an Neuro-linguistic Programming (NLP) workshop. I was having lunch with the course leader. He looked at me and asked, “How did you get all those catsups?” I replied, “I asked for them.”

I had eight of those little “single serving” catsup containers next to my plate of burger and fries. I asked for eight of them, and the server gave me eight.

The course leader asked for catsup and had but one lonely packet.

Like most people he didn’t ask specifically for what he wanted. Doing so felt confrontational to him. But by not doing so he had to eat his lunch with less catsup than he wanted. And while being a little short of catsup isn’t a big deal, not asking for what you want in relationship, at work or with friends and family makes it likely you will live with less than you want.

The secret to really great relationships is to ask for what you want, and to support your partner in doing the same.

Most people simply don’t ask for what they want. And, they usually don’t get it.

Bill and his wife Claire have been married for 38 years. They have discovered how to keep their relationship fresh, interesting and hot.

And whether you are in a brand new relationship or have been married for a long time their secret can help in the care and feeding of your relationships.

Their relationship inspires each of them to be the best that they can be. They are both interesting, driven people, but they simply wouldn’t be as successful, fulfilled or satisfied without each other.

Their secret is the way that they communicate.

They make explicit, specific requests of each other. They ask for what they want and make sure to get it. They relate to each other without complaints and without the “mind reading” that most couples do (that gets them into trouble).

While this may sound simple, and obvious, most couples simply don’t make explicit requests of each other. Instead they imagine that their significant other should already know or can interpret vague grunts converting them to action. If you have complaints about your partner then you simply aren’t making explicit enough requests.

Leaving it up to other people, especially a romantic partner, to figure out what you want puts an unnecessary strain on relationship and makes it more work than fun.

I first discovered the power of requests in a workshop led by a man named Fernando Flores. He was the finance minister of Chile during the Allende government. And later he lead business workshops. He studied the linguistics of action and found that to generate action in business requires a series of requests and promises.

I have applied the same technology to my relationships and discovered that it works there too.

Fernando spoke of a specific form of request, called the conical form. The standard form of a request is: I request that you do X by time Y. X is what you want to have done and Y is by when you want it done.

Using this form makes what you want explicit; it brings it out of the shadows and into the open. It results in you being honest and clear about what you want. And it makes it much more likely that you will get it. Using the standard form of request may seem awkward at first, but it won’t be long until you begin reaping what you really want. Getting what you want, and having more satisfying relationships outweighs the initial discomfort.

I was lunching on Venice Beach with a new friend, folk singer Susanne Buirgy. She spoke of her “new” boss. “At first he seemed so selfish,” she said.

“He kept asking people to do things, and letting them know exactly what he wanted. He upset a lot of people who were used to the status quo.” Susanne said.

“But it wasn’t long until I realized that his style of management was inspiring people. They were getting much more work done. They knew just what was being asked of them and, though they resisted at first, they too became more outspoken and the place started to rock.”

The “new” boss communicated openly and honestly with people. And work became more fun, and much more productive.

Let’s Get Intimate: Getting the Foreplay We Want. {Adult Q&A}