What Caitlyn Jenner is Teaching Me About Yoga.

I don’t want to speak about Caitlyn Jenner’s story.

At least not the political, societal, economic and moral implications of it. These have been and will be discussed a lot already.

I want to tell my personal story instead: the one about what I have learned from Caitlyn and how her courage is influencing my own yoga and spiritual practices.

Caitlyn Jenner and yoga? Huh? But as one of my yoga teachers says, it’s all yoga, after all.

Each time I read or hear Caitlyn’s words, it has struck me that that her journey (and the trans journey in general) is a model for all of us: a model in setting aside the self, lowercase, to find, accept and celebrate the Self, uppercase.

Trans people aren’t mistakes to be corrected—they are messengers, sent to show us, overwhelmingly and vividly, how to claim our birthrights and fulfill our own personal destinies. The divine does not make mistakes.

Though Caitlyn isn’t the first or the last, she is arguably the most public trans messenger, and through her fame I have been jarred into noticing.

Her message to me: behind the façade of the self lies the grace of the Self and I may, in any moment, begin or continue my journey closer to that eternal truth. Her transition is a celebration of life. It is what icon Riane Eisler might call the reclamation and declaration of the Goddess, right there on our television screens.

Caitlyn’s age is no small thing either.

The other day after yoga class, a friend and I marveled at our new-found postures.

“It only took me 35 years to learn that posture comes from tucking my tailbone under instead of forcing my shoulders back artificially,” I said.

“Hell,” she said, “It only took me sixty years. At least we figured it out before we died.”

When we curl into the fetal position after savasana, we are reminded that in every moment of every day we are blessed with a chance to begin again.

Caitlyn, and the trans brothers and sisters she’s brought with her into the mainstream public consciousness, effectively allow us to see a rebirth—the miracle of life, before our very eyes.

It is no small thing to be reminded that we can all be reborn, whether through healthier choices, by writing that novel we’ve had in our head for a decade or by letting go of an unhealthy relationship. Every moment is an opportunity, and yes, 65-year old Caitlyn is one of the most powerful examples of that kind of rebirth that I’ve ever witnessed.

In our yoga practice, we come to understand the transformational idea that pain is inevitable but suffering is not. Yogi Judith Lasater says it well:

“Suffering differs from pain. Suffering is caused by the emotional reaction we lay on top of our pain.”

Caitlyn has been a model for me in this regard. Since returning to herself, who cannot see the light and energy that surrounds her? We won’t diminish her challenges or the obstacles she will face as a trans woman, despite her enormous privilege. But we can hope and believe that while she will face pain, her suffering is over—as it may be for all of us who choose to walk the path of Self-discovery.

My personal shield of choice is sarcasm and humor.

I’ve hidden behind it for as long as I can remember. A year ago, I began practicing yoga, and my shield began to fall away—at least when I was alone. I learned to sit with the tender parts, the imperfections and the stormy or sunny weather of my life. But how to reintroduce this new self to the world, to the people who have known and loved me, at least in part for my hard shell?

“I don’t know about her,” a friend of mine said about Caitlyn, as we texted during the Diane Sawyer interview. “I just think she’s such a part of the Hollywood fame machine.”


“Are you kidding me?” I asked. “The quintessential macho man just told the entire world that she’s transgender. I’m afraid to tell people about my yoga practice. She’s got more courage in her little finger than I have in my whole body.”

I’m not sure I’ll ever be that brave, but because of Caitlyn’s courage, I’m a little bit braver today than I was yesterday.

Caitlyn Jenner just spoke to 1000s of the world’s toughest athletes at the ESPYs awards ceremony. 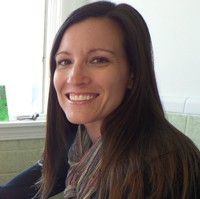