3 Reasons why we should Avoid Falling into the “Clean Eating” Trap. 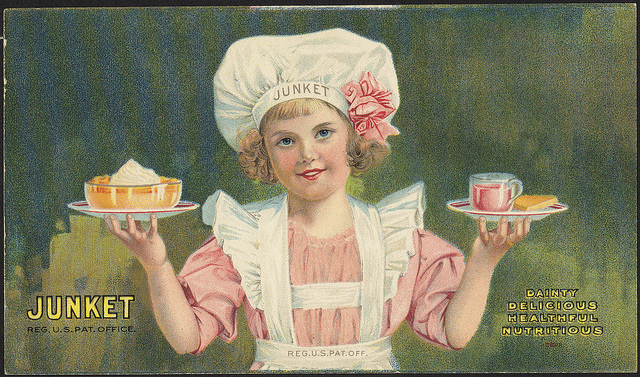 Earlier this week, a Facebook friend of mine posted a status about how great she felt “eating clean” and how terrible she feels after “cheat meals.”

This kind of statement has unfortunately become increasingly common in the diet-inundated culture in which we surround ourselves. From the Facebook proclamations about “clean eating” being the solution to weight loss, health and happiness, to the Instagram posts of elaborately prepared meals with hashtags like #eatcleantraindirty, it is difficult to escape the “clean eating” and diet dogma.

I am not a dietitian. However, as the daughter of a registered dietitian and as a licensed mental health therapist myself, I have a strong opinion (backed up by research) on the topic of clean eating.

1. There is no one definition of what it means to “eat clean.”

One large problem with the whole clean eating movement is that there is no general consensus regarding what it actually means to “eat clean.” Fitness magazine defines clean eating as, “eating whole or real foods that are un- or minimally-processed, refined, and handled.”

However, an article by Armi Legge in Evidence Magazine discusses how different groups deem different foods as “clean” and “not clean.” For instance, vegetarians would describe meat as being “unclean,” and individuals on the popular Paleo diet would describe grains, dairy, alcohol, added salt, sugar and even some vegetables as being “unclean.” Without a central definition of what foods are deemed as “clean” aka “good” or “not clean” aka “bad,” the whole concept of clean eating seems to make little sense.

2. Saying that some foods are considered “clean,” insinuates that others would be labeled as “dirty.”

We’ve all heard people say it, “I was being good all day and then I was so bad because I ate a donut at lunch.” The fact is, that all food eaten in balance and moderation can be part of a healthy diet. A statement from the Academy of Nutrition and Dietetics from a 2013 paper indicated that, “Classification of specific foods as good or bad is overly simplistic and can foster unhealthy eating behaviors.”

Further, according to nutrition expert Lisa Young, “the instant you label any food or behavior “good” or “bad” you’re practically guaranteeing that you won’t reach your goals. A single falter is interpreted by your brain as a total failure. And since you’re off your diet, you’re free to enjoy another donut (or dozen) until you’re ready to commit to another “slim down” plan.

Food is neutral and should not have a moral equivalent.

In Diet Recovery 2, author Matt Stone dispels the myth of “good or bad foods.” Stone states, “Ice cream has the same nutrient content as human breast milk almost exactly. Pizza is extraordinarily nutritious. It’s almost a calcium overload. You don’t have to drink kale juice all day to get adequate nutrients, and if you did you would obliterate your thyroid gland (kale is a goitrogen).” This demonstrates that any food in excess, even one that we deem as “healthy” can be unhealthy. Rather than focusing on extremes, aim to have a varied and balanced diet.

Eating disorders—like other mental illnesses—are believed to be caused by a combination of genetic influences and environmental stressors. I do not believe that diet culture causes eating disorders and disordered eating, however I think that it can often help to perpetuate and trigger eating disorders.

In addition, a new eating disorder called “orthorexia” is thought to be tied into the “clean eating” movement. Orthorexia nervosa is an eating disorder that was coined in 1996 by a physician named Bratman. Although this disorder has yet to be recognized officially in the DSM-5, it has recently garnered a lot of media attention due to its increasing prevalence.

Sondra Kronberg, a clinical nutrition therapist states, “What makes it an eating disorder is the degree to which your thoughts around clean eating interfere with the quality of your life, thwart socializations, and can become fatal.” Even if your venture into clean eating does not trigger or perpetuate a life-threatening eating disorder, one could argue that it is not mentally healthy to feel afraid or “bad” when eating certain foods.

If the goal of clean eating is purported to be health, it is important that we recognize that good mental health is a crucial part of a healthy lifestyle. I think we can all agree that obsessively following food rules, being unable to eat a meal out with friends, and feeling ashamed after eating a brownie is not mentally healthy.

Ultimately, when it comes to nutrition it seems as though the facts as to what is “healthy” and “unhealthy” are always changing.

Each year, a new study comes out with findings that a certain food is correlated with health problems. However, these studies typically proceed to be disproven in the following years. When it comes to healthy eating, ultimately we need to shift the focus away from our brains and onto our bodies. Intuitive eating is a popular new movement that was developed by two nutritionists. It is not another diet strategy. Intuitive eating is where you learn to listen to your hunger cues and see all foods as equal.

Matt Stone says it best when he states, “Your body guides your food intake and expenditure without any calculations or interference on your behalf. Just let it do what it is programmed to do and get the hell out of the way. You’ll quickly find that your body does a much better job of managing things than your brain. If hungry, eat. If full, stop. Continue for rest of life.” 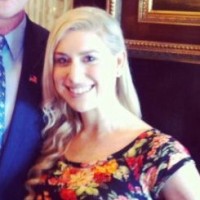