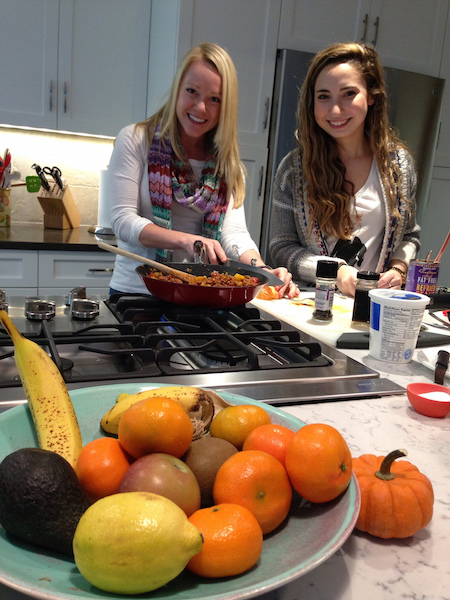 “Internal drala also comes out of making a proper relationship to food…. You can take the time to plan good, nutritious meals, and you can enjoy cooking your food, eating it, and then cleaning up and putting the leftovers away.”

~ Chögyam Trungpa, Shambhala: The Sacred Path of the Warrior

In modern society, we are confronting an unprecedented dilemma in human evolution:

On the one hand, procuring food has never been easier.

Unlike our ancestors who had to spear the woolly mammoth or till stubborn earth for a single turnip, we have restaurants, drive-ins and cafeterias preparing more food than we could ever consume. With a word, a click or a scan, our victuals appear magically before us, with far less effort than exerted by our forebears.

It’s not that our distended bellies growl as we stare glassy-eyed at an empty bowl. We long for deeper nourishment than take-out can provide.

We long for home-cooked meals eaten with those we love.

The meal table is the fulcrum of human civilization. Our capacity to cook food is what distinguishes us from other animals. Sharing food is how we first learn to become relational. Whether the fare is tasty or terrible, knowing those who prepared it, sitting at the table with them, making eye contact and engaging in conversation provides sustenance that mere caloric intake cannot supply.

And while we might feel diffident about home cooking, we subconsciously miss it as we open take-out cartons, eat at our desks, or graze mindlessly.  We mourn its loss as we ruefully watch family members chow down microwaved meals while checking Facebook.

According to food historian Laura Shapiro, after World War II the military food-production technology that churned out K-rations for hungry troops was turned to civilian use. The processed food industry heavily marketed housewives to regard home cooking as drudgery and seduced them to opt instead for “sophisticated” instant foods: canned meats, freeze-dried coffee, dehydrated potatoes, powdered orange juice.

The industry responded by fashioning convenience foods so that the preparer performed at least one faux-cooking action: “add milk to special sauce packet”; “beat one egg into cake mix.”

As the 1960s unfolded, home cooking became tantamount to domestic slavery, while women migrated from the stove to the office desk. The food industry capitalized on this shift by promoting convenience foods as allies of women’s liberation.

Nearly half a century later, the home-cooked meal has gone the way of the rotary-dial telephone: a quaint vestige of a slower past. But the fallout of that loss is neither quaint nor charming.

Why Does Home Cooking Matter?

Food journalist Michael Pollan points out that we Americans spend an average of 27 minutes per day on meal preparation, and most of that involves heating a can of soup or microwaving a frozen pizza. Our favorite meal, for both lunch and dinner, is a sandwich and a soda.

We widely regard cooking as an obstacle to the rest of our life. We complain that it takes too much time; yet, in the past 15 years we’ve found an extra two-and-a-half hours a day to surf the Internet.

As the time cost of food preparation has fallen, calorie consumption has risen. It’s no secret that processed foods are laden with refined sugars, rancid fats, and excess sodium. We’re so rife with cancer, diabetes and obesity we’ve come to regard them as normal occurrences in human life.

Allowing corporations to cook for us has not only made us fatter and sicker. The loss of home cooking and community meals, combined with other factors, has plunged us into a life-threatening epidemic of alienation. As renowned cardiologist Dean Ornish puts it, “There isn’t any other factor in medicine…that has a greater impact on our quality of life, incidence of illness and premature death from all causes than loneliness and isolation.”

Where Do We Go from Here?

While our industrialized, alienated eating patterns have spawned a labyrinth of personal and social consequences so intertwined as to seem impossible to reverse, that perception, like any other, has no solid reality.

Rediscovering sanity with food is a simpler journey than we might believe.

Just as we do on the meditation cushion, we can slow down. Which leads naturally to appreciation.

Appreciation is how we, as humans, join heaven and earth. As Chogyam Trungpa pointed out, how we use our fork and knife (indeed, whether we use a fork and knife) is an extension of our sanity. To set a table, invite a loved one, put on music—all such gestures are small deposits in the cosmic bank account of appreciation. They return dividends of joy and affirm that life, of itself, by itself, is worthy of such offerings.

How can we join heaven and earth at the meal table? Here are a few ideas:

Learn to cook at least one food well, whether it’s steaming green beans, roasting a potato, or pan-cooking a chicken thigh. You don’t have to mimic the gladiatorial spectacle of TV cooking shows. Simple is good enough.

Bring ordinary celebrations into cooking and eating. Listen to relaxing music. Clear and set the table, even if it’s only for you. (In the early episodes of The French Chef, Julia Child always sat down at a set table to eat her own creations.)

Eat with others whenever possible. Plan at least one weeknight for family supper. Invite a friend to eat with you. We eat in a more civilized fashion when we eat with others.

Learn the difference between whole foods and processed foods. Some simple rules of thumb include Michael Pollan’s dictum, “If it comes from a plant eat it; if it’s made in a plant, don’t.”

Create your own food rituals. Eat from a beautiful bowl. Teach your children to wash their own napkins. Learn a meal chant or create one of your own.

While what we eat decides the direction of our food system; how we eat decides the direction of our society. Reclaiming simple but vital rituals such as home cooking and family eating is the mustard seed of Great Eastern Sun power that knocks down the mountain of setting-sun vision. As Trungpa Rinpoche reminded us repeatedly, “It’s up to you to save the world. You are never off duty, because the whole world needs help.”

Fortunately, we can accomplish this monumental task one delicious, nurturing bite at a time.

Depression Defined my Life for 27 Years. 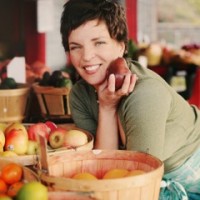