Guns, Diamonds & Drugs: The Best (& Worst) Gifts from my Lovers. 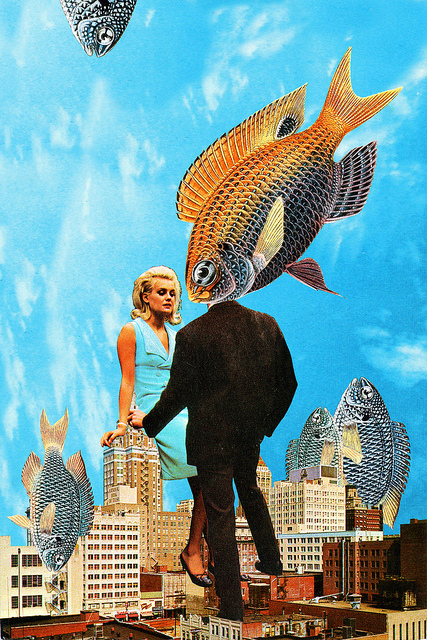 My first boyfriend gave me earrings for Christmas, though my ears had never been pierced.

He hadn’t noticed, he said.

I wondered quietly how that was possible.

I thought that love was all about noticing.

But he noticed only that I never wore his gift, and that I never changed myself to make it wearable. He took offense.

The next boy gave me an army of teddy bears—not because I collected them, but because he thought it was something a girlfriend should like to have.

He won them at the arcade, and brought them to me as trophies.

I never knew what to do with all those odd little plushes, but my boyfriend did. He walked into my room one day and cleared a place on my desk, pushing my books and pens and other precious things aside so he could line them down the center of my life.

“Now whenever you go to do makeup or homework, you’ll remember how much I love you,” he said.

Then came all the stereotyped Valentines.

There was the boy who was all about romantic soundtracks and strong-scented candles; several who came always with perfect store-bought roses; and another who sent me all sorts of lingerie that didn’t fit.

One made a habit of bringing me chocolate weekly. I love chocolate! But he brought only the bitterest dark chocolate he could find, because he abhorred the milk variety.

It didn’t matter that milk was what I preferred.

I wondered often if there wasn’t a checklist somewhere, How To Please A Girlfriend, which these men were all following in their efforts to demonstrate love.

And perhaps there was also an accompanying manual, How to be a Girlfriend, which I had completely missed.

Because none of these things felt like love to me; they felt like labels that didn’t fit.

I thought surely there was something wrong with me for being so disappointed.

I wanted a lover to show me that he knew me, not simply as girlfriend, but as an individual.

I worried that I was selfish.

But some of the offerings were simply bizarre.

More than one man thought I needed a gun.

(Not the kind of old musket with a pointy end that would potentially intrigue a history nerd like me, but a modern handgun, or something even more depressing, like a BB shooter for picking squirrels off the fence. Seriously, at what point had I conveyed this was an interest?)

One guy offered alcohol when I was too young to have it. When I was older, another brought me alcohol so expensive I feared consuming it.

One fellow offered drugs—just a little marijuana, but it was all illegal then. When I turned him down, he rattled off a menu of several more substances he could find for me. Vicadin? Oxycodone? Heroin and meth would turn me ugly, he said, but did I like cocaine? It would help keep me thin.

I received a full cosplay kit for a character I didn’t know from a series I’d never seen.

Men in the 21st century don’t really think a lady can be bought, do they?

Some gifts were so over-the-top that I could only cower in awkwardness, having no clue how to respond in kind.

There was the country-born gentleman who remembered simple pastimes, but sought to woo me with gilded connections.

Every date had some introduction, some outing to a grand place populated by grand people. His gifts to me were society, and an education as to how I should act in such elite company.

But I was always, by nature, an introvert. I would have been happier barefoot in the mountainside creek he had told me about, being introduced to the resident fish and dragonflies.

But he had come to see the wild only as something to be cultured-over, and he was so eager to “help” me that I fled his company as fast as I could, retreating at full-speed to the nearest green hill I could find.

He made a habit of compulsively buying everything my eyes lit upon appreciatively—never waiting to know whether I really wished to possess it.

If I said, “Those are nice shoes,” then they would be mine.

“I think I should get a new laptop.”

One would be delivered.

“I’ve always wanted to see the Gulf of Mexico.”

Suddenly, I had a reservation at an exclusive resort.

He couldn’t see that I never equated a rich life with a rich pocketbook; I walked around in a Thoreau t-shirt, but he somehow missed that simplicity was one of my core values.

Worse, he joked about being my sugar daddy. I had never wanted that and it made me cringe. I started holding my tongue and closeting my observations, dreading to admire things aloud for fear of perpetuating the situation.

This hurt terribly. Not only had my lover failed to see me, but I was now actively hiding myself from him.

When my rich prince got on his knee in a diamond shop and asked me to choose whichever stone I would like for an engagement ring, I simplified and opted for the exit.

I could speak with a jaded tongue, and say that these fellows thought their gifts would lead to my bed.

That may have been true for some, but I don’t believe men are really so shallow as we sometimes make them out to be. For the most part, they were good men whom I loved, even if they never saw me fully.

They meant well, and yes, I think most did aim for my heart.

They failed, of course, because these gifts were never a path to my bedroom, nor to my soul.

Has our world so miseducated men as to what women seek?

Am I so very unusual for not receiving such things with joy?

Or are there too many ladies who still struggle through another generation’s teachings, hesitating to articulate what they want?

Is this all a default setting men and women must work to burst, together?

Or perhaps I was selfish and wrong about the whole thing. Perhaps we should just throw gifts at one another and accept whatever is thrown at us, because intent is what matters.

It should never hurt to receive love.

But how painful it was to receive, in the wrappings of loving words, a gift so clearly not meant for me, but for another woman all together—the woman my suitors had somehow mistaken me for, or expected me to become through their tutelage and influence.

When they gave me these things and said “I love you,” just whom they did they believe they were speaking to? Me, as I was, or some imagined version of me?

I didn’t want to change myself to make a gift usable.

I sure as hell didn’t think much of riches or fame.

I never wanted gifts in boxes and bows.

I wanted the gifts of time, of listening, of observation, of being known without being possessed.

I wanted someone to sit with me, to learn who I was, and to let me learn about him.

I wanted to love, and be loved, by acts of noticing.

Love has No Labels.

Wealth has nothing to do with Money. 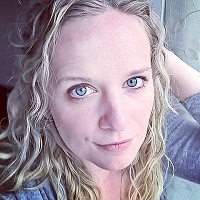