Letting Go Should Be Easy. 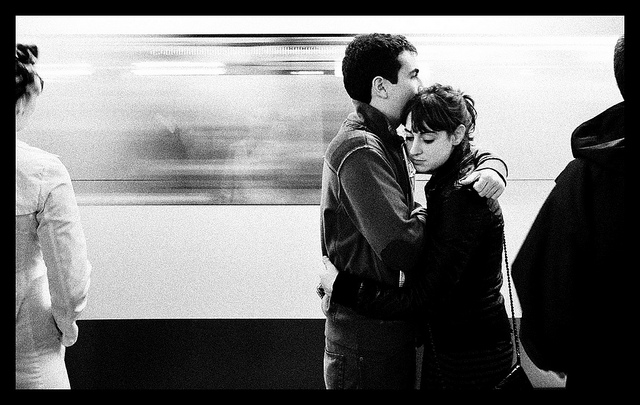 Letting love go was the easiest thing I’ve ever done.

Because I knew I had no other choice. From the start, I knew that at one point one of us would say goodbye. Sooner rather than later.

His departure was written in the stars long before we met.

We were both born the type of people where home can only be beneath our own two feet and those feet must constantly be in motion.

He had to go and I had to be okay with not holding his hand anymore, okay with only holding the last couple months in my mind.

There was no questioning trying to make it work when he finally left. Having to love and be loved by a soul far away isn’t the problem—being held back from all the other kinds of love the world has for us is. A relationship takes two but no two people love the same way.

I know the beckoning call of possibility all too well. I’ve left behind love before and will probably do it again—all for the love of the wide open world and the wonderment of an open mind.

We were heading in two very different directions for the time being and I’ve never been one to hold someone back from their dreams. Letting go of a person isn’t the hard part. You just put on your brave pants and believe in the magic of the world around us.

I didn’t worry about the future or how odd it would be to feel completely alone once again. Because he was never truly mine and I wasn’t completely his. We are two separate souls who just happened to be together for a moment in time: a chapter of our lives.

It was easy because it had to be done. He’s the boy with wings on his shoes and adventure in his soul. Asking him to do anything but go would be cruel and, honestly, I would be afraid of his answer.

We didn’t break up; we just vanished.

So what is the difficult part of breaking up a love that wasn’t broken in the first place?

The hard part comes when in the days after, I’m suddenly aware of this absence. That a piece of my life, of my days, is suddenly gone. Absence just happens—it can be known and planned and inevitable in theory. Until the urge comes for just a little more time, a couple more sweet days and nights. Overwhelming in its intensity.

I knew that I had to let him go. That I can no longer keep appearing. I’ve done this before. I’ve left and been left.

The hard part is this:

Wanting to catch up Friday evening and tell him about my day—from kid giggles to bus ride epiphanies. I want him to do the same. I want to question, to laugh and to wonder alongside him.

Wanting to dance with him at a show without worrying about who may be watching or who I accidentally hit with my bag.

Wanting to hear his voice beside mine speaking with enthusiasm like I’ve never heard anyone speak about anything. He is filled to the brim with passion and it somehow overflowed into me, re-igniting long forgotten places in my mind and curiosities hidden in years of neglect.

He talked a lot (a lot a lot) but I was never bored because his love of life is contagious.

Which is why he must always go.

He goes to share his gifts with the world without even realizing he’s doing so. This is his calling, the one we all have but often gets overlooked. His curiosity is a gift and because of that he must go. Always.

Letting him go was easy.

Missing him is not.

Spending too long on a thought of our nights is not easy. Thoughts of exploring our city or of late nights which wore us out. Yet, those memories come with such clarity that they could have happened an hour ago.

I fear forgetting him like I’ve forgotten so much before. It is nature to forget. To turn months into what seem like mere hours in our mind. Recollections of relationships simmer down to quick judgments and conclusions. This is what keeps us moving forward—the urge to find and create the new memories.

When is it okay to want to go out and drink and dance and forget and mingle? When is it okay to miss him and for how long? How much time can pass before you feel free of something that hasn’t completely ended?

I want to choose board games and wander streets and talk about our adventures around the globe. I want to hear his voice like one more time would be enough. I want to see him move, hear him laugh and feel his breath on my collarbone—melting away into that mysterious space between being awake and asleep.

The hard part is knowing that this absence is hard and will continue be hard.

But knowing he’s free is the easiest thing in the world. 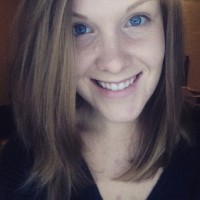 Carlene Kurdziel is a self-proclaimed adventurer, writer and coffee mug connoisseur. She is intent on living a life where the little things matter but where the big picture is… Read full bio