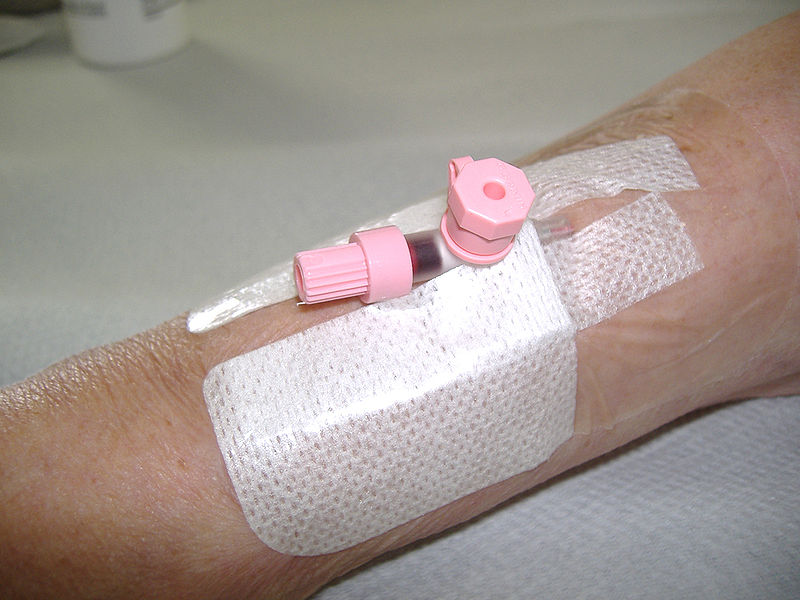 I have always hated the one-to-ten scale medical professionals use to assess pain.

Having never been burned at the stake or had my fingernails ripped out, I just never felt qualified to rate my discomfort on a continuum that starts at watching Bob’s Burgers and ends at bone cancer or crucifixion.

I recently had some surgery that didn’t go as smoothly as we had hoped. Whilst repairing my cervical spinal stenosis—a condition that was causing my spine to squeeze my spinal cord, cutting off nerve signals to my left arm and leg—my surgeon discovered that I have two unusually large, and unusually located, veins on either side of my spinal column, through which, when he made their acquaintance, I apparently lost 1.6 liters of blood. (If that’s difficult to picture, imagine a two-liter soda bottle a little more than three-quarters full of blood.)

I asked a physician friend where all the blood goes when something like that happens; does it splash all over the floor, or what? “You don’t want to know,” she replied. “I’m sure you’re right,” I rejoined; “Thank you for not telling me.” But apparently, some of it pooled up between the muscles of my shoulders, putting a great deal of pressure on them and causing excruciating pain. (Note: this is only one among several theories about why I hurt so damned much.) After a day and a night in the Intensive Care Unit of which I have no memory whatsoever, I was moved into a regular room, where, at first, I spent a lot of time sweating bullets and looking white as a sheet.

Having been shamed as a child for not being as tough as some people thought I ought to be, I live in chronic fear of being thought a pansy whenever I am under the weather. So while, when a nurse sees your face and looks scared, a normal person might feel alarmed. I actually felt vindicated. “See?” I thought. “I really am in a shitload of pain!”

What I actually said out loud was, “I am now experiencing the worst pain I have ever felt in my life. I’m going to call this a solid eight. I need some help.” I had finally gained an understanding of what the higher numbers on the one-to-ten pain scale actually mean.

As I write this, all I need is Tylenol and the occasional muscle relaxant. I am still unable to drive, walk the dogs, or lift anything heavier than five pounds. I wear a cervical collar 24/7 and walk cautiously around with the knowledge that a fall could put me back in the hospital, possibly with irreparable damage. But I have learned, and continue to learn, a lot through this experience, including, but not limited to, the following:

This last one is by far the most important. As a chaplain, I have sat at the bedsides of a lot of people in hospital and hospice settings—people with dementia, people who needed help into, in, and out of the bathroom, people who were actively dying. I have never thought of any of them as undignified. Yet when I imagined myself as dependent on others, the thought of the loss of dignity that must surely follow filled me with dread. But I have begun to learn from experience that aging, disease and incapacity, while they may strip us of our independence, needn’t rob us of our dignity.

“I hate to bother you with this, Tom,” I told the nurse as I stood up off the bedside commode, “but I can’t get my arms behind my back yet.”

“Oh, no problem,” he answered, and with two deft motions that could have made me feel like a 51-year-old man who’d just had his ass wiped by a twenty-something, he made me feel, instead, like a patient who’d just been cared for by a skilled and compassionate professional. And while much of the credit for that outcome goes to the way the nurse handled the situation, I claim some for myself, too. Pain and weakness have a way of bestowing perspective, of showing where our self-worth really does, and does not, lie. Get three shots of heparin a day into your spare tire, and your spare tire will stop being a source of shame. It just isn’t worth it to sweat that stuff.

Maybe this is what Paul meant when he wrote, “When I am weak, then I am strong.” (2 Corinthians 12:10b) When I am no longer able to put what I consider my best foot forward, I learn to put forward whatever I can—whatever I still have under my control—in the certain knowledge that it will suffice. In fact, it will more than suffice, because it will be, not what I think will make me appear in control, but what I actually have to offer. As W.B. Yeats put it in his poem, The Coming of Wisdom with Time:

Though leaves are many, the root is one;
Through all the lying days of my youth
I swayed my leaves and flowers in the sun;
Now I may wither into the truth.

Eight Things I Learned from Pain.