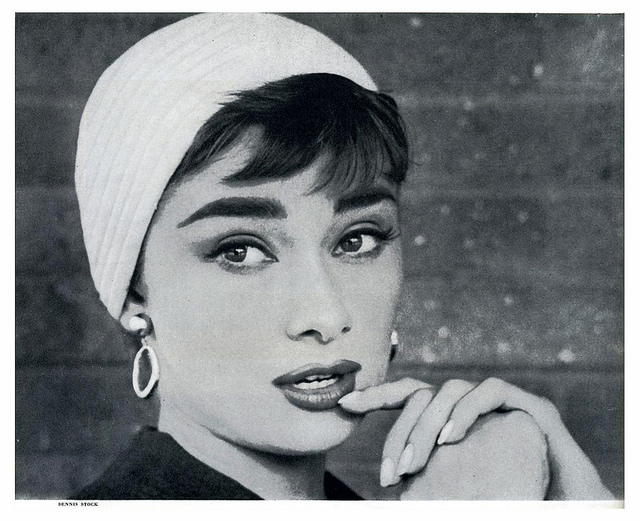 Eleditor’s note: Elephant is a diverse community. We are reader-created. Many blogs here are experience and not fact or “The One Right Point of View.” We welcome all points of view, especially when offered with more sources and less invective, more frankness and less PR. Dislike an Op-Ed or opinion? Share your own take here.

“Find a woman who makes you feel more alive. She won’t make life perfect, but she’ll make it infinitely more interesting. And then love her with all that’s in you.” ~ Gayle G. Roper

A long time ago, when I was still new to the world of men, I heard someone say that men don’t leave their wives for a sexier woman—they leave them for a more interesting one.

It’s true, that is a rather broad generalization. It’s true that men do leave their wives or partners for younger and possibly more attractive (to them) women. It’s true, love can dwindle.

As I grew into a woman, and life presented more opportunity for observation, experience and introspection, I came to believe that men, indeed, are attracted to interesting women.

I am more convinced now that a man would leave his partner for someone more interesting over someone more physically attractive, because life has taught me about the complexity of men.

The more I learned about myself as a female, the more I came to see that men truly are creatures of depth. Male and female often reflect each other’s qualities, so it’s not that surprising. Men are “accomplishers,” and I have observed them long enough to see that they like women who are motivated by their own passions.

Men are curious. They like to track down and hunt a female that leaves a scent of self-worth.

Here are a few things I have learned from men about what makes a woman interesting:

1. A woman who knows her own mind and is not afraid to speak it.

Long gone are the days when women were cautioned to keep their smarts under wraps. Conversation no longer need revolve about what a man has accomplished or knows to the exclusion of their date. Any man worth keeping will be dying to hear our thoughts.

I’ll qualify this with an oft-repeated sentiment that women who are elegant in the delivery of their wisdom are much easier to learn from. Shrill, sarcastic conversation is not the kind we’re looking for here. Honest, open discussions are the basis of strong foundations between male and female.

Lure a man to your intellectual gifts with a softness that complements the complexity of your mind. I’ve said it before and I’ll say it again, a strong mind is sexy and can drive a man to his knees. I’ll refrain from elaborating, but you get the visual, I’m sure.

“Of course, I am not worried about intimidating men. The type of man who will be intimidated by me is exactly the type of man I have no interest in.” ~ Chimamanda Ngozi Adichie

2. A woman who is comfortable in her own skin.

A woman who knows who she is and owns it.

You’ve worked hard to develop your best self. Don’t be afraid to claim your own power. We’re not flaunting anything here, ladies—not trying to one up a man; there is no reason to.

Confidence is not the same thing as cockiness. Confidence does not shout about itself, it simply exudes its essence in a quiet way.

Your unique personality and accomplishments will speak for themselves, they will come through in the way you carry yourself, in the way you listen to a man. Trust me, men adore women who share from the heart and who listen with it, too.

Although men like healthy competition in many areas of their lives, it’s not much fun to have to side-step a postulating female who is determined to prove she is equal. Show him your truth. Honor his. And leave it at that.

3. A woman who cultivates her own interests.

My partner and I are not two peas in a pod. He is an accomplished sportsman… Me, not so much. Our taste in music varies widely, we rarely travel together, and yet, we have a tight bond as lovers and friends.

He knows that I am going to walk my own path no matter how much I need to be with him. Whether we match interests or not is irrelevant. What we are, though, is committed to supporting each other in our separate ventures.

It is a deep compliment to hear a man say that you and your ideas or pursuits interest him.

Engage a man’s mind and pique his curiosity about you and he will eat the crumbs off your proverbial table.

Sure there are many days when I want to do nothing but sit at his feet and forget everything I love to do otherwise. Mix it up a bit. Stay curious about what moves him and move him with your mystery.

“The enemy of love is never outside, it’s not a man or a woman, it’s what we lack in ourselves.” ~ Anais Nin

4. A woman who can take a compliment and give one.

I had a friend who was perennially shy at receiving compliments. She was wildly attractive. She was quirky. She was smart. She never accepted a compliment and her boyfriends (more than one, notice) never understood why she squirmed whenever they voiced their admiration.

She was all that, but did not believe it herself. Men like to give compliments more than flowers. They are looking for that joyful smile when they tell you what they see in you. It’s frustrating to give a gift that is returned time and time again.

So if you’re going to be interesting as hell, bask in the recognition. Give him that signal that you know your own strengths and are not embarrassed to show them.

While you’re at it, remember that men are not all tough skin. I’ve not met a man yet who did not like to be complimented. As long as it’s sincere, it will keep him appreciating your willingness to be vulnerable and share why he rocks your world.

5. A woman who takes care of herself.

I mean this in every sense. When we divide ourselves into sections, deeming one part more worthy of our attention than the other, we lose the delicate balance of what it means to be human. We are indeed flesh and blood, and while we may have been told for centuries that our looks are not important, I argue that it’s not so.

I’ve been observing two women. They are both gifted with a natural beauty.

Both work hard at their jobs. One takes the time to preserve her fitness, she shops for herself when she buys clothes for her family, and in general looks after her appearance.

The other is determined to show that appearance does not matter, only her spiritual and emotional condition.

And he will love her no matter what, but he has lost interest altogether.

She complains that he looks at other women. He admits that he wonders what it is that keeps some women trying. He has admitted to having lost interest.

I’m not saying that you must be in heels at the door when he comes home from work, a la June Cleaver.

It’s not true that love and sex wane for all couples. The ones that are keeping it hot in the living room and the bedroom are still interested and interesting.