“Swedish pilot does yoga around the world” [imgur]:

Swedish pilot does yoga around the world

The recent outpouring of yoga posture images on Instagram and social media (oftentimes with practitioners seeking to display their most outrageous variations) has led to what I call a “snapshot” idea of the yoga practice.

Here, practitioners ground their experience almost exclusively in externalized representations of the poses, giving little attention to the internal marriage of breath and movement, nor with the overall sequence of an asana class.

Due to the profound popularity of Instagram, many people are encountering yoga for the first time through this platform, and, as a result, are being shaped in their understanding of what yoga is by three false implications:

1. An increase in inspiration is directly proportional to an increase in flexibility and the capacity to perform highly advanced yogic postures.

2. Yoga philosophy is self-help philosophy, with an emphasis on cult of personality messages, such as “just be you” and “find your dream/follow your bliss.”

3. There is no asana “sequence,” but rather asanas are tackled piecemeal, without a warm up, and are repetitively practiced until that point when the pose is “instagrammable.”

The idea that photographs of highly advanced postures are “inspirational” has to be dissected critically, especially since this seems to be a deeply implied (or often stated outright) premise of the Instagram yoga world. What kind of inspiration are we talking about?

If we look at the philosophical teachings of the yoga tradition, there is little, if anything, to support the idea that mastery of a pose simply for the sake of a pose is tantamount to progress on the yogic journey. This idea is much more in line with a Western compulsion to physical aptitude and self-referential body perfectionism than anything found in, say, the Yoga Sutras, the Bhagavad Gita, or the Upanishads. The “inspiration” propagated, then, is—let’s be honest—not an inspiration to deepen one’s sense of integration or non-attachment, but is rather an inspiration to invest one’s self-worth in proportion to one’s asana aptitude.

The nature of Instagram is to provide a platform for performance, for some kind of broadcasting of one’s life, or work, or social life. It isn’t inherently a negative forum, of course, as it obviously helps to create relationships, to teach, and to, yes, sometimes inspire. But what happens when a practice that is predominantly a mode of self-inquiry becomes confused with a practice of performance, of acrobatic aptitude?

Have we not lost something profound when the most popular media proclaiming “yoga” as its banner is an instagram pose feed instead of the ancient texts of the tradition?

This leads me to the second point.

Yoga philosophy is almost completely absent as a point of reference on instagram, and when it is, it is almost always confused with the self-help cult of personality discourse of ego construction, which is profoundly confusing, given the fact that yoga philosophy is, without exception, a practice of ego de-construction.

Let’s take the functions of mind, for example, as found in the Yoga Sutras. There’s manas, the sense-data that we experience: tastes, smells, etc. There’s buddhi, the conceptualizer of that raw sense-data. Then there is the ahamkara, literally “I-maker,” the faculty of mind that takes all those concepts and sensations and organizes them under the banner of “me.”

According to the tradition, when we confuse who we are with ahamkara, then we become addicted to the stories, the narratives, the voices in our heads, and become identified with them. A result of this addiction is that we suffer. We suffer when experience frustrates our identifications and slaps against the stories that we’ve attached ourselves to.

The problem with “just being yourself” is that the idea of a separate self unrelated to everything else is an illusion, according to the yoga tradition. So even if you don’t believe that’s true, let’s at least honor the tradition we are participating in by looking at the dysjunction between a modern Western valuing of “personality” and the yoga tradition’s valuing of the “Self”—that’s the capital “S” self, the big cahuna that includes everyone and everything.

Finally, the asana sequence. Occasionally, I suppose, we get to see a fast-forwarded fifteen second clip (since that’s all that instagram allows) of an asana sequence. But the majority of instagram posts are obviously and understandably still photographs of one pose. A safe yoga class is one sequenced intelligently, where the parts of the body that need strengthening are strengthened, and the parts that need opening are opened, in preparation for the “peak” pose.

Instagram is the Broadway stage of peak poses without warm ups.

Perhaps there are some that practice mindfully, warming themselves up prior to their photoshoot. But I don’t think I’m crossing a line to say that this is probably not most, and it certainly isn’t most of those who have discovered yoga through exclusively instagram yoga-lebrity sources.

I hope I’m not confused with the voices decrying the loss of the “real yoga.” In my view, there is no “real” yoga, in the sense of an “original” yoga. Yoga is by its very nature open to transformation, as it encounters new cultures and new times. But as the outer manifestation shifts and changes, the perennial message of the tradition needs to be continuously recalled and critically reflected upon.

That perennial message is this: the practices, whether physical and mental, are not designed to be praised for their own sake. They are tools for arriving at truth. If there is more to that truth than appearances, where are we when we are wading in an ocean of images? 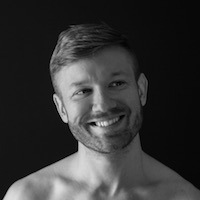