We need a Guru for the Same Reasons we Resist One. 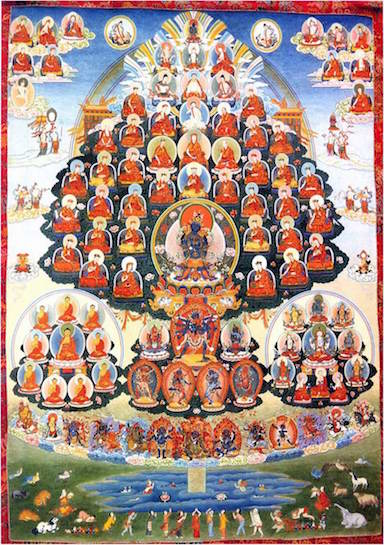 Anybody practising meditation, yoga, and worship/following the teachings of inherent oneness in all, owes the knowledge, being received to the sage Veda Vyasa and the subsequent generations of sages and teachers who have preserved this oral tradition of teaching.

Every year in July, a special day celebrates the birthday of the sage Veda Vyasa, who codified the existing four Vedas containing the Upanishads—knowledge of the absolute reality—first revealed to the rishis (seers who preserved these teachings), by, what else, but teaching.

Sage Veda Vyasa is symbolic of the Guru shishya parampara (the teacher-student tradition). The word Guru in Sanskrit etymologically stands for the one who removes ignorance. Ignorance about what? Ignorance about oneself. It is therefore not without reason that India, year after year, age after age, honors and celebrates anew this ancient concept of the Guru. Followers adore it and pay homage to it again and again, and thereby re-affirm their commitment to it.

1. The fundamental human problem is not understood: The ancient Masters tell us that the reason we experience sorrow is not because we have psychological problems. The human problem and experience of self-dissatisfaction and of feeling, “I am not good enough,” is based on the conclusion that I am a limited being, limited to the mind and body.

The limitations of the mind and body are our limitations and hence the long drawn struggle to overcome limitations through organic food and the varied feel-good pursuits. These Masters tells us that the fundamental human problem is born of ignorance, of that one spiritual being taking himself/herself to be limited. Finite. Knowledge of oneself is the solution. But then another wall of resistance comes up as the next reason.

2. Illusion of I-can-figure-out-anything phenomenon: Access to information at the click of a button has fostered the illusion of I-can-figure-out-anything. While much of it is empowering, in matters of spirituality, this paradigm just does not work. In the ancient Indian scriptures, we are instructed to seek refuge in a bonafide spiritual master. But we don’t care. We want things on our own terms, when we want and how we want.

I have met several people who voraciously read books on spirituality but gained more confusion and less clarity and have sworn off anything to do with spirituality. Some insights are possible but to put the pieces of the puzzle together, one needs the vision of the reality of oneness, details of that vision of nonduality and the ability to resolve apparent contradictions. A radical statement in the tradition also says that when one enjoys the benefit of the teachings and does not acknowledge the source of blessing, he/she is no less than a thief. Only a teacher who has been a good student can do that. But, something else comes up.

3. Inability to trust: By the time one is an adult, the capacity to trust has diminished. A genuine guru-student relationship requires basic trust and understanding of the following: A. The teacher knows the truth because he/she had a guru who also had a guru and so on. B. The guru is committed to the student’s self-growth and self-discovery. C. A traditional guru encourages questions and does not expect blind belief. D. Teachings on absolute reality are not a belief because a belief is subject to verification. Teaching is not a result of introspection, nor inference, nor a technique. E. A teacher-student relationship is much like the therapist-client relationship. It involves much validation, handling of transference, but, more importantly, working through one’s issues which prevent one from seeing the truth of oneself as nothing but absolute happiness. Most spiritual texts are in the form of illuminating dialogues between the one who knows and the one who wants to know. A traditional guru does not expect subservience and does not seek to dominate the student. If you find a guru trying to do this, run.

4. Buffet approach to spirituality: The individualistic disposition of customised, made-to-order everything, from food to clothes to educational programmes has led us to have a pick-and-choose approach to everything. This only intensifies our likes and dislikes. The sages say that this colors our thinking, contributing to our subjectivity and us having a selective vision. We “choose” to look at what we understand and experience as reality and not reality, per se. The Guru may objectively think that certain spiritual practices are helpful for our growth and enough reason may be offered, but we cannot look beyond our binding likes and dislikes. This is much like the silkworm that loves the security and conditioning of its own cocoon and does not want to come out, losing out in the process.

5. Misunderstanding of surrender:  Many new age books talk about surrender. Surrender really means giving up one’s fears, suspending one’s notions and being receptive to examine one’s life in the light of clear vision. The Sun lights up everything. What was not seen and banged against in darkness is seen clearly. The vision of Advaita Vedanta is that we are complete and free as we are. Hence surrender or giving up really means old conditionings that limit one ‘s perception of oneself which cause struggle and sorrow.

The scriptures clearly state that, only the one who has a guru, can be enlightened. There is a lot of new agey spirituality out there that talks about finding the guru within. This comes from fear of vulnerability. Vulnerability is at the heart of being a spiritual warrior as Chogyam Trungpa rightly says. Where does that leave some of us, if one does not have a guru? The first step is to discover the student in us. That requires being okay with one’s sense of vulnerability and a humble recognition that, “I don’t know it all.” Only when the student, the one who wants to know, is truly ready, the guru appears. If the fundamental human problem is understood, the student can be ready.

In the Buddhist tradition, the stories of Milarepa, Marpa and Chogyam Trungpa inspiringly point to their unwavering commitment to know despite their vulnerabilities, struggles and severe austerities, while receiving teachings from gurus in India and Tibet. Luckily, we are not facing these kind of struggles. Our struggles are different. If one has not sought a guru, then it is worth looking into what one is resisting, if anything.

In this day and age, when vintage wine, antique furniture, family heirlooms and monuments are appreciated and praised for the number of years they have existed, we are indeed blessed to be a part of an oral timeless tradition of teaching.

If I am the limitless, which can be discovered, why would I want to settle for less?

Prayers and wishes that all may be blessed by the teachings that have been transmitted by Gurus over the ages. 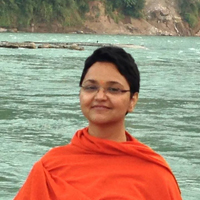