Words: The Most Powerful Drug. 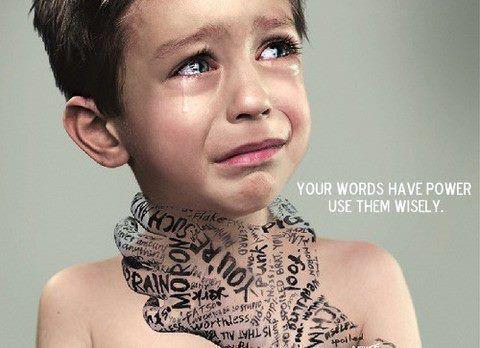 Sticks and stones may break our bones, but words, especially negative words, can also break our spirits.

Words are powerful and persuasive, and those which are deficit-based, emotionally-charged and negatively-connoted powerfully shape our habits and happiness.

Such words not only play an important role in creating the “breeding ground” for self-defeating behaviors of all kinds—including alcohol and drug dependency—but also serve to perpetuate them. To treat these behavioral difficulties far more effectively, we must first see how this process occurs in everyday life and then offer a new vocabulary that reflects recent discoveries in positive psychology and related fields. By changing our words, and relationship to language, we change our perception of reality.

When the words are deficit-based, emotionally-charged and carry negative connotations as they do in the “old-school” terminology utilized in conventional therapeutic treatment, they create a dark worldview of self-condemnation, rumination, and negative self-talk.

Once learned, this mindset eventually becomes unconscious and both our personal narration and how we conversationally present ourselves to others becomes predictable by our patterned use of automatically stored responses.

Similar to outwardly observable behavior, our thinking habits (learned through word choices) keep us stuck in an invisible bondage. In essence, our personal narration—that is, the stories we tell ourselves about ourselves—are the driving force behind our behavioral choices.

Words like retard, loser, idiot, drug addict, and alcoholic are often used to get a laugh, to criticize, demean, ridicule, or emotionally hurt someone. They can reinforce feelings of shame and guilt which may have been previously learned early in life through traumatizing life experiences. These early experiences can stay with us for a long time.

For example, Oprah Winfrey once told her vast TV audience that her mother had taken her to a detention home for girls because she had become pregnant as a 14-year-old girl. Oprah became visibly upset in retelling the story as she recalled the label of being a “bad girl,” despite recognizing as an adult that she had been repeatedly abused. Oprah certainly knew cognitively as a grown woman that she had not been a “bad girl,” yet that label from her early teen-age years had continued to affect her emotionally as she recalled the story.

How many millions of women have experienced the same labeling? How many people in general have endured the degradation of verbal abuse? How many people have been significantly affected by name-calling and taunting, verbal bullying, and other experiences involving destructive language? Our perceptions become our reality.

Many people are simply unable to control their internal dialogue—and misinterpreted the presence of chronic stress, anxiety, depression, boredom, and emptiness—and desired some type of explanation for the cause of their discontentment outside of their personhood—such as disease, illness, or battling with their demons.

Words can maintain undesirable behavior. There is a “trifecta” of condemnation effect. Self-condemnation involves blaming and judging oneself harshly all the time. People who self-condemn are excessively critical of themselves and experience constant feelings of guilt and shame. This mindset reflects learned behavior which originated during early childhood as life experiences were being “downloaded.” For the process of regulating thoughts and emotions occurring in response to stressful life situations and circumstances forms the basis of our own subjective reality.

Self-critical people experience chronic stress, depression, or anxiety because they live with the voice inside their heads repeatedly telling them they’re weak, worthless, not good enough, not pretty enough, or not smart enough. Research also shows that many people struggle to cope with their deficit-based internal dialogue through addictive behaviors involving alcohol or drugs. This internalized narration reinforces self-condemnation, which inhibits contentment and the ability to grow emotionally. At the same time, family members and friends accentuate this negative mindset through constant criticism, anger, and verbalized frustration and resentment when seeking to control the person they care about.

Further compounding this dynamic are many professionals, who, in an effort to provide mental health services, are actually using the same deficit-based, emotionally-charged, and negatively connoted words–and thus reinforce the distressed individual’s self-condemnatory narration. The combined negative language of self, family, friends, and treatment personnel maintains the uncontrolled behavior by failing to change the words associated with said behavior. All this verbal negativity helps to create a self-fulfilling prophecy.

We need to be more mindful of how they choose their words in self-talk, in expressing themselves, and in conversing with others. By improving the quality of our language, we can learn to be more responsible and generous in our chosen word-responses. We can learn to choose gentler, more supportive, and empowering words—in which we see ourselves and others as all part of humanity. Words can connect us, and they can create divisiveness, antagonism, rivalry and exclusion. Words can be mean-spirited, hateful and hurtful.

Or, when in doubt…we can choose kindness.

Depression Defined my Life for 27 Years. 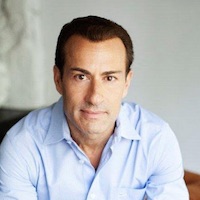