You’re Not Crazy: Exploding the Myth of Adam & Eve. 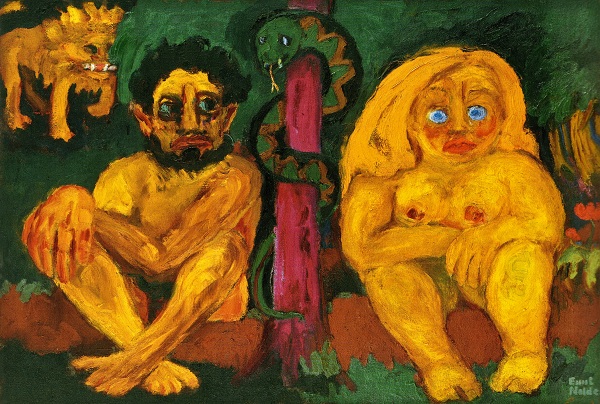 *Eleditor’s note: Elephant is a diverse community of 12 million readers and hundreds of writers (you can write too!). We are reader-created. Many blogs here are experience, opinion, and not fact or The One Right Point of View. We welcome all points of view, especially when offered with more sources and less invective, more frankness and less PR. Dislike this Op-Ed or opinion? Share your own take here.
~

In this, the last part of my life, I seem to be hearing a voice.

By all social conventions it’s probably best not to admit that. I’m also trusting this voice, which by the same conventions, is definitely not good to admit.

But I’m not crazy.

And the reason I know this is because this voice—which is female—has given me three stark truths that, at age 71, have transformed my life.

The first of these truths is that the story of Adam and Eve is the worst lie mankind has ever perpetrated on itself.

Hitler knew that a lie, repeated by millions, soon becomes truth. But as atrocious as Hitler was, he pales in comparison to the lie first told by the global Abrahamic religions, Judaism, Christianity and Islam. For even though the three religions are quite different, they have historically all agreed on one thing—the inferior status of women.

Nowhere is that clearer than in their lie: The creation story of Adam and Eve.

Most people accept that. But, for thousands of generations and continuing to this day, the lesson the story of Adam and Eve has imparted to Christian, Jewish and Muslim children is that God created women to be second and subordinate to men. Told over and over like Hitler’s fabrication, this “second and subordinate” status has had everything to do with the women of today being hidden in burkas, raped on college campuses, attacked in hotel elevators, stolen from schools and forced into sexual slavery.

Moreover, the additional message a boy gets from the story of Adam and Eve is that—unlike girls—he has been made in God’s image. This provokes insane confusion as you “become a man.”

First, you feel so entitled that you believe you can simply take whatever you want.

Second, you feel so inadequate for not being able to live up to the manufactured image of power, perfection and retribution that you lash out in frustration, fear and anger. The irreconcilable tension between these two extremes takes its toll in the completely irrational—and wholly regrettable—times in our lives.

Which brings us to the second truth:

With all this damage, who told us this myth? What kind of person would do that?

As far back as science can determine, roughly four percent of the global population has been born without a conscience, without the ability to feel emotion, totally unable to care whether something is wrong or right. We know such people as sociopaths—they are the true evil—and we hope and pray to avoid them in our lives.

The problem is we can’t.

Four percent of today’s global population of seven billion is 280 million. This means that one person in 25 wakes up every morning with a complete inability to care whether you or I live or die, and they are taxi drivers and tycoons of every race and every nation. They’re hairdressers and heads of corporations, prostitutes, politicians, psychics and psychologists. They inhabit the Klan and the clergy, and the moment you realize how prevalent they are is the moment you’ll begin to realize that it’s not you who’s the crazy one.

This allows you to stand back and observe their behavior…and you begin to notice that the driving force behind everything the sociopath does is designed to keep us on edge, off balance and—with billions of dollars in advertising—to forever keep us feeling inadequate. Because the sociopath knows that is the only way the other 96 percent of us won’t rise up against them. A core ingredient of sociopathic power lies in maintaining the friction, the off-balance dynamic between the most basic of all human relationships, that between men and women. And it’s in the myth of Adam and Eve, institutionalized by the Abrahamic religions, that we first see its disruption.

That then brings us to truth number three:

Why did the bad guy invent the story of Adam and Eve in the first place?

For this, I will relate the answer exactly as my voice told me.

“…One of the first times man marveled at woman was when he saw she could bleed for days without dying. He certainly could not! But when she gave birth to one of herself and then her opposite—a male child—and was able to sustain the life of these small ones through nourishment from her own body, the men were in awe. Thus, in the early civilizations, women—the creative basis of the life force—were elevated to positions of great honor, respect and leadership. The God the village worshipped was a female deity, and sexuality—the expression of the creative life force—was manifested in the worship of the human female through the act of sex.

Mutuality of the genders in sexual union was also the way the village maintained its peaceful and harmonious existence, so a lover who could not feel, a lover of pure greed and selfishness—a lover who was a sociopath—was a recognized threat to the society. To determine if the said threat was real, the high priestess of the village would make love with the individual herself. In the process of doing so her innate intuition would tell her if the lover’s issue was fear, ineptitude or, in fact, pure evil.

If she determined the last, that individual was banished from the village forever.

The sociopath lives only to win, to dominate, so is it any wonder that these exiles and their descendants returned to these villages to rape, conquer and destroy? In doing so, the female deity and all she represented was eradicated and replaced with a male god of anger, suppression and atonement, a male god who “dictated” the story-lie that became Adam and Eve.

And for the last 5,000 years this fable has done exactly what it was supposed to do—destroy the relationship between male and female, and demolish the spiritual purity of the sexual union between them. This is the third truth.”

And so today, armed with these three truths, I have taken a major step. I have freed myself from the dictates of dogma and formed my own religion. It presently has a congregation of one. But the gospel it preaches is to honor the feminine, and its first commandment is to return to the glory, honesty and spiritual purity that I never knew was sex.

And, for me, this has made all the difference. 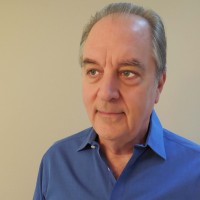