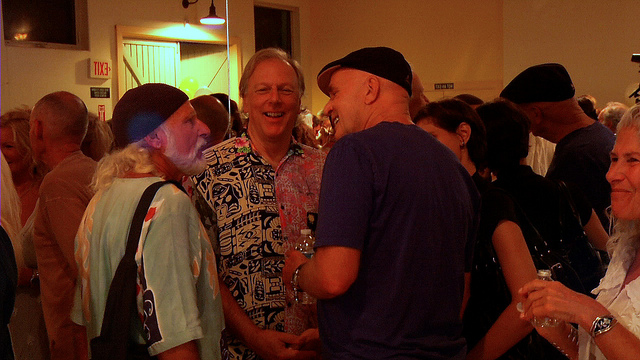 It was on TV I believe, sometime in 2009, and he was doing a special on PBS called “Change Your Thoughts, Change Your Life.”

While the book and most of the show were about the Tao and the great wisdom of Lao Tzu, I became complete fixated on the premise.

You can change your life simply by changing your thoughts.

It was beautiful in its simplicity even as it was masterful in its complexity.

I was struggling greatly at that time, facing a great moment of transition that life had forced upon me. His message had the right meaning at the right time, and I was humbled as I began to peel away the layers.

Wayne Dyer became my surrogate father in some ways, guiding me through a metamorphosis that continues even as we speak.

He was more than just another self-help author, he was a life-saver. A role model. Someone who not only suggested life could be changed but also proved it. A man who not only talked the talk, but walked the walk.

I’m very well read, and count Ruiz, Osho, and Dyer in the top three meaningful philosophers in my lifetime—each offering me an expanded view of my own experience. Yet Dyer seemed to share quite a few of life’s harder experiences with me, so I related more not only to his passion, but his delivery.  I just adored his sentiments.

I remember hearing Dr. Dyer mention that if he wore his shoes all of the time (instead of going barefoot as he liked to do) the “whole world would feel like rubber.” I’ve used that line countless times when asked why I’m barefoot, and I laugh each time, remembering the joy in Wayne’s face as he told that story.

In 2014 I got pretty sick, having two separate incidents over a four month period that could have been fatal. I remembered something I had read something Dr. Dyer said regarding his cancer diagnosis. In an interview posted to the KPBS-TV, San Diego, website in 2012 after his leukemia diagnosis, Dyer said he’d begun looking at the illness as

“just the body’s way of responding to, perhaps, psychological traumas, you know, from failed relationships in the past, or whatever it is, and that the body just always knows what it’s doing—and the body is perfect.”  (USA Today)

It wasn’t really hard for me to draw a conclusion that suggested a lifetime of struggle and emotional trauma had led me to my illnesses. My body responded, and it was perfect.

As was my response to my body.

I learned to let go more, to enjoy the present more, and to stop worrying so damned much about what everyone else thought. Thank you, Dr. Dyer.

I think the most important thing Dr. Dyer taught me was that he was teaching self-help. Nothing he was going to do or say was truly going to help me.

Nothing more personified for me that power of personal responsibility more than Dr. Dyer’s famous quote,

“How people treat you is their karma; how you react is yours.”

Then, of course, there was the last posting Dr. Dyer made on his Facebook page before transitioning. Here’s the part that struck me:

What amazing final thoughts from a man who’s sharing has had such a profound influence on so many.

Thank you, Dr. Dyer for your guidance, and thank you to your family for so unselfishly sharing him with the rest of the word.

A world that so desperately needed to hear him.

To my teacher, Dr. Wayne Dyer, on his passing.