I Pretended to be One of my Partner’s Online Lovers During our Breakup. 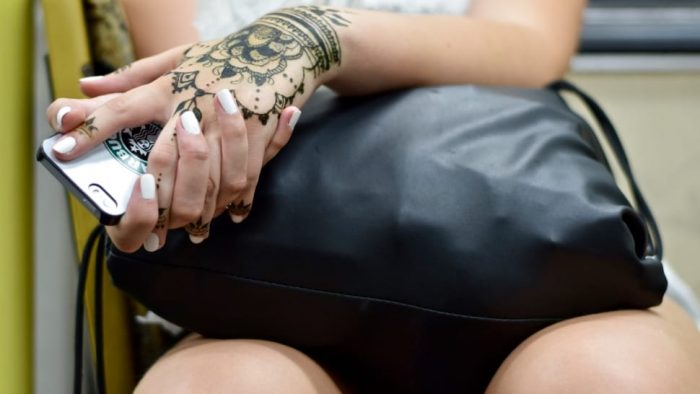 To break free of the cycle of abuse, I crossed lines. I got lucky.

It started the night he was arrested.

The end of our relationship is a cliché. My partner became addicted to pain medications, found a doctor who kept prescribing them, lost his job and spent hours a day online where he fell in and out of love with at least ten women. The verbal and emotional abuse had started early in the relationship, and it escalated.

I started to monitor his computer actions when I realized he was constantly out of money and couldn’t pay bills. The money had to be going somewhere. I found his other relationships.

Lesson: Don’t cross the line into their privacy; if it has reached that point, rely on your guts. It’s a slippery slope you can’t climb up again.

He had intense relationships and sent them money. He met them through a short-lived social media app where pictures of other users would be shown to you and you would tell them if you liked their picture. That was his first online dating service.

Our relationship declined. On the surface, not a ripple. The day he was arrested, he discovered I knew what he was doing online. He physically assaulted me with another person in the house. She was the witness and called the police.

That night, alone in our house, I created Justine. Born from the blinking cursor. She came to life on social media. She wasn’t more than breadcrumbs. My partner was in jail for 5 days. On the sixth day, now several hours away, he found Justine.

He spent hours with her online, telling her everything. From his perspective. Justine grew and became more dimensional. What I was doing hadn’t yet been given a name, but now we know it as catfishing—someone who pretends to be someone they’re not using social media to create false identities. Still not my proudest moment.

Lesson: In fear I crossed the line. It could have gone terribly wrong.

Gradually, his relationship with Justine deepened. He shared the details of his arrest. Examining them. Recalling them. Justine remained neutral, inquiring about his day, his schedule and commiserating about his experience of the legal system.

Justine saw his version of events. His absolute conviction to his reasons and actions. I saw my share of mistakes and what I missed.

Lesson: The other person’s story will always be different. It doesn’t matter. You will never be crowned “right”.

After a domestic assault, both parties are cautioned to avoid any contact. Justine made that possible. I knew what my partner was doing and, of primary concern, when he would be returning to the area in which I still lived. Justine saved him from being caught violating his prohibition and, later, returning to jail. She saved us both from an event ending my story right here.

Despite legal order, he did return to my house. He left me an antique dresser, inherited from my parents, and one of our animals. I saw myself sitting on a milk crate in an empty house. I sat with that for many months.

I saw him follow the same script with Justine, using the same words, same phrases, and sharing those same, best parts of himself as I had been shown when we first started to date. This time I saw the red flags and warning behaviours. I learned to breathe through the emotions that surged.

Lesson: After an abusive relationship, take the time to work on you, learn to love you, finish the work on you. Be the woman who attracts the partner she wants.

Through Justine, I could see that his unhappiness in the relationship had little to do with me; it stemmed from his own discord, drug use and imbalance in his own life. The loss of a family member with whom he had unresolved issues. He felt stuck, a trapped animal chewing off his leg to escape.

After more than a year of silence, he was recharged and ready for battle. He expected an opponent. He expected a fight for everything on that list. He expected to reveal great secrets. He was prepared to rake me over the coals, to punish me. Because he shared everything with Justine, I knew he only came back for the emotional battle.

None of that occurred. The lawyers made little money on us. We had no children to prolong interaction.

Movers finally came and his family, who had been told to expect a battle, arrived and emptied the house. They arrived with a list of five things thinking all else was in limbo, pending battle. The truck returned the second day to finish. Everything was boxed, itemized, labelled and had been well maintained. Every. Single. Thing.

Lesson: Let go of the stuff. It isn’t worth it. Focus on what you need to survive and move on.

After that, the rest of the process was mundane and completed quickly. A few jabs meant to embarrass. Justine gave me detachment and I did not engage with him. Justine listened to my partner and slowly drifted out of his life.

Justine helped me beyond measure in the five years she was a virtual presence in his life. I realized the relationship was over, no calls weeping for reconciliation in moments of weakness; I was protected by arranging to be away from the house so that there were no face-to-face encounters, and I let him go, mindfully.

My partner never met Justine. He is grateful for her advice and support and considers her someone he relied on during a difficult part of his life.

Justine still exists, a whisper of a presence on social media and an email account. With her I found my way out of the situation and allowed myself to see my partner for who he was and who he wanted to be. And I let go of the relationship.

Lesson: Letting go and moving on is so much easier said than done. The time will pass and you will keep breathing. Even when it feels like you can’t fill your lungs.

But don’t go back to any form of abuse. Please, do whatever you have to do to leave. 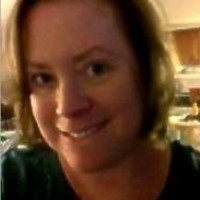