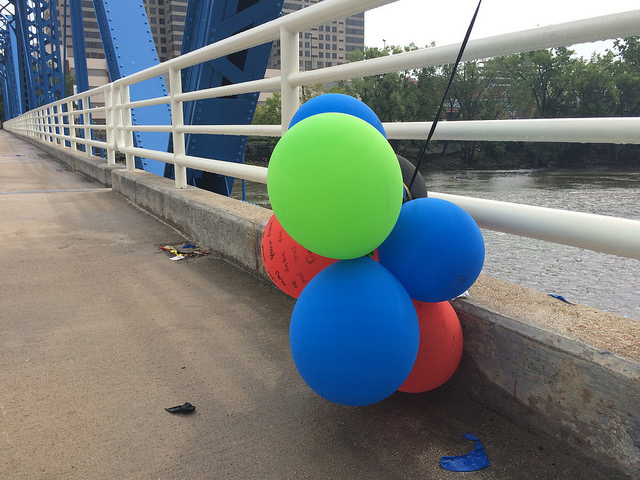 Just about 10 years ago, my stepson Bobby took his life.

I only qualify him as my stepson out of respect for his biological mother. He was my son, just as the rest of my kids are my kids. The pain his death caused me and my family was almost unbearable.

At the time of his death I was woefully uninformed about the causes of suicide, though I myself made a serious attempt in my mid twenties. My thinking at the time, and a common perception about suicide which persists today, is that—at its heart—it is a selfish act.

How can a person take their own life when they know the pain it will cause the people they will leave behind? Even the terminology “commit suicide” sounds as if the victim has committed a crime, and as most of us know, in traditional Christian faiths, the soul of a “suicide” is said to be forever locked in purgatory unable to attain peace or an entrance to heaven.

Historically, anyone who took their lives was even forbidden to have a Christian burial, and their families would be permanently shackled with shame. Even today, insurance companies often won’t honor their policies if the purchaser ends their own life, leaving families to suffer not only emotionally, but financially as well.

It is understandable. From the outside suicide can appear to be an “easy way out,” the last resort of the weak, the path of someone who just gives up instead of continuing to fight. But the suicidal mind is quite different than we might imagine it to be.

When a person gets to the point where suicide seems like the only option, they are at the tail end of a long and bloody war. They have been afflicted for years, maybe decades, with an inability to find joy or connection; they are paralyzed with exhaustion and hopelessness. To a suicidal person, their very existence seems to be a cruel joke—meaningless, burdensome to others, nothing more than an exercise in unrelenting pain.

If a healthy person was forced to spend 10 minutes inside the mind of a suicidally depressed person, they would be forever changed. They would quickly understand that to reside in such a mind takes almost superhuman strength, and that even simple day-to-day tasks like brushing one’s teeth can become unsustainable.

Strictly speaking, suicide is selfish—but only in the way that 9/11 victims who jumped out of the Twin Towers were selfish. In the moment of suicide, the suicidal mind is exactly like a burning building, and the one way to find relief is to escape—even if that means plummeting to one’s death.

When my son Bobby took his life, he wasn’t thinking about the rest of us: his family, his friends or anyone else—he wasn’t able to. He was utterly consumed with pain.

Knowing that, I also know that his death wasn’t a rejection of the people he loved, or a statement he made to punish us. It wasn’t vindictive, or cruel or malicious. It was an unfortunate culmination of circumstances, both biological and environmental—much like being stricken with cancer—and therefore, though I can allow myself to feel sad, I can never allow myself to feel blame.

Regarding someone who takes their own life with compassion rather than with condemnation can go a long way towards healing our own broken hearts. We can never know the extent to which another person might be suffering, and if that suffering brings them to the point of no return, they are no less deserving of our love.

The Art of Doing Nothing (From a Perpetually Busy Person).