Surrender or Complacency: How to tell the Difference. 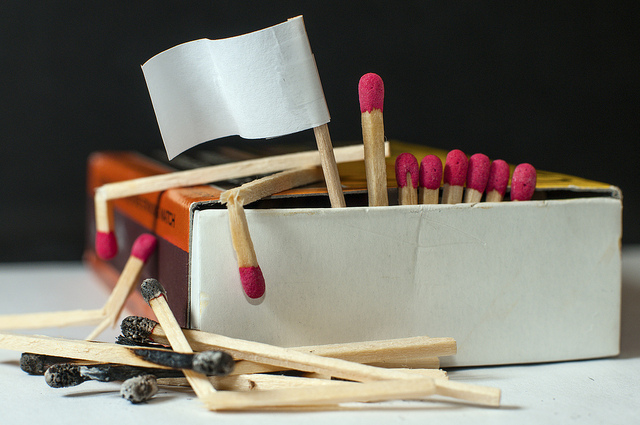 A while ago, a friend professed to me how completely surrendered he had become in his life. He declared—with the certainty of a double-jointed yogi—that he had finally freed himself from the burden of internal and external pressure.

He’d learned to just go with the flow of life and allow himself to really trust.

Until this afternoon, that is, when I was “fortunate” enough to bear witness to his meltdown over something that, on a normal day, might seem a bit trivial.

After listening to him wail about his first-world problems, I thought, “Seriously? It’s a hot yoga class. You just might get hit with a drop of someone else’s sweat during the “smile like you mean it while spinning like a helicopter pose.” Or Vomitasana, in Sanskrit.”

Only a week prior he had declared his new revelation of internal peace and acceptance of all. Well, “all” except for the release of moisture through our pores—apparently he was unable to surrender to that.

It sounds so romantic, doesn’t it?

Well, I’m about to lodge a “B” before that “S,” because often it’s not surrender that’s taking place—it’s complacency.

A number of years ago I had the greatest opportunity to appreciate first-hand the difference between surrender and complacency.

During the financial crisis of 2008, I lost almost everything I had.

I was half a million dollars in debt, losing my home to the bank and suffering from a breakup with a woman I loved. During an eighteen-month period, I moved ten times, couch surfing with friends as I tried to get back on my feet.

To top it all off, a house fire at a friend’s home torched everything that I did have left. Add to that mounting health challenges, a series of three random car break-ins and identity theft and I was left with a sore neck, looking for a piano to fall out of a window!

But strangely enough, it was right after the second car beak-in that I began to feel surrendered.

As I walked back to my friend’s home where I was staying, I began thinking about the mp3 player, sunglasses and sweet Leatherman that would likely find their new home in a pawnshop. I decided to let it all go and just go with the flow of life.

I couldn’t fight it anymore, so I surrendered to what was happening.

I can remember friends commenting on how well I was taking all these challenges in stride. I would respond casually with, “I’m just surrendering to life.” And that felt true and good to say. To this day, I still have a friend who reflects back on my positivity at the time.

It wasn’t until a couple years later that I realized what had really happened: I had become complacent. I appeared to be surrendered, but that was just lip-service to friends and myself. The immense power of my brain had me believing I was fully surrendered, and I bought right into my own B.S. I couldn’t smell a thing!

But my complacency—cloaked as surrender—had prevented me from moving forward and overcoming the obstacles in my life more quickly. I did not effectively process the emotional losses and difficulties, and that kept me stuck in a pattern of fear and denial.

If I had truly surrendered, I would have stayed engaged with the different challenges life was presenting me. And that would have significantly shortened the time that I was staying with friends and watching my life go by.

I’ve asked myself since then, how can any of us tell the difference between true surrender and complacency?

Webster’s online dictionary defines complacent as “marked by self-satisfaction, especially when accompanied by unawareness of actual dangers or deficiencies.” Thus the primary indicator of complacency is when we are disengaged with one or more areas of our life.

Being complacent means not taking the time to examine the different scenarios that play out in our lives. It often involves ignoring decisions to be made or actions to take that would help move us along. Complacency often also has an unfelt emotional component. For example, we might experience a minimized or nonexistent emotional response to a tough situation in life. We say, “I’m surrendering and letting life take control.” But that’s not real surrender.

As the great philosopher Socrates said, “The unexamined life is not worth living.” That may sound a bit extreme, but he does have a point. We must be vigilant to ensure that our great surrender does not become a beautifully wrapped gift filled with avoidance.

The first signal that we are truly surrendering is that we are actively engaged in all aspects of our life. Thus, to effectively surrender, we must consciously choose to surrender to each challenge that arises.

Think about how one side surrenders to another in the movies. They don’t wave their little white flag and then run away in the opposite direction. Once they’ve declared surrender, they begin marching right toward their enemy.

But for us, that “enemy” is actually something that can help us grow and evolve beyond our current state of being. When we surrender, we take a good heartful, thoughtful look at what it is we are surrendering to so we can healthfully process our emotions and consider potential solutions.

Surrender is the balance between accepting our situations in life and staying fully engaged with them.

We can even actively decide not to decide. The difference now is that we make this choice because we are willing to examine a situation fully. And we remember to continue to check back in on the situation as needed.

When we are complacent, we become powerless, because we have given our power away under the guise of “going with the flow.”

When we surrender, we empower ourselves in making the conscious choice to do so.

Surrender requires us to be present and engaged.

Contentment or Complacent: the Yoga of Things as They Are. 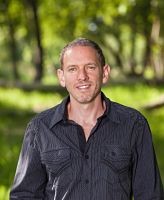