The Difference Between Settling Down and Settling In. 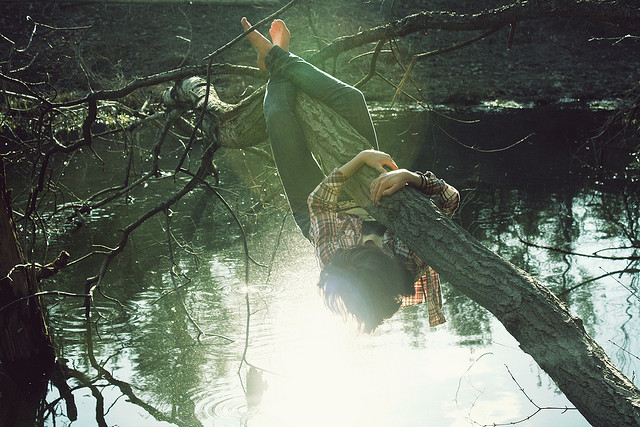 I’ve learnt that there is a difference between settling down and settling in.

In my case, it’s a close second to learning the difference between living and being alive.

“Don’t ever settle down.”

I heard these four words more consistently than “I love you” in my formative years.

If I was ever forced to settle on one thing, I felt the tragedy of having to give up another. Somewhere out there (the choice I didn’t make) was adventure. And in my settlement was safety (and safety always came with a cheaper price tag than adventure because it was boring).

The people who told me never to settle were saying it from the whispers of their own regretful settlement.

They placed their bets on the thing they settled for as a safety net, of sorts, while maintaining eyes on the things they believed they had to give up, in order to settle.

Freedom or settlement were two exclusive options. They hadn’t considered the possibility of them as inclusive in all areas of their lives.

They projected a notion of “before you make a decision, make damn sure it’s the right one because you’re stuck with it forever,” with an air of “and even then, you’re going to regret making any decision you can’t get out of.”

I was notoriously all over the place, in mind, body and heart.

I chased things that were as non-committal as I was, believing I wanted to decide on them, knowing I’d never actually have to. It was a win-win.

I was entertaining adventure, while holding onto a notion of desiring safety.

I genuinely do, value commitments. The day I realized this was a big blow to my ego. I had previously assumed I was a “free spirit” and that commitment would kill the essence of who I was.

I didn’t want to let my commitments down if I chose them. So, I avoided that possibility by never fully choosing.

I was also notorious for letting what I did choose, know, I also had my eyes out there, where adventure lived.

Nothing like living a life, one foot in, and one foot out. That’s where I believed I would experience what the people who said never settle, had been missing.

I believed that they dove two feet into something, they wanted to be two feet out of, and what they dove into was always dangerously close to sucking their soul dry.

This is what I assumed would happen to me, the moment I made a choice.

My life, and myself as I know it, would be over.

If I have a hint of feeling one foot in or one foot out these days, I get out. Immediately.

Somehow, by living in my freedom, I find myself, daily, settling in to a life of safety.

I never wanted to grow up and get married, have kids and get a job. I didn’t design my future in those ways back then. I didn’t believe it was bright, so I avoided the possibility that it may exist.

I would have never thought there would come a day when I was excitedly settling in, every moment, to a commitment that felt more free than my overused freedom tactic of one foot in, one foot out.

I listened long enough to other peoples projections of never settle down to have created a life I love settling into. And, I’ll never stop settling in.

That’s my new way of experiencing freedom in safety.

Every day, I am reminded that I am the trunk of my own tree. My relationship, children, career, family and home are my roots, and life and all of its adventures are my branches.

The people who say never settle down, I think, were doing just that. They were settling down into their roots and it felt like they were suffocating. They missed the air on their trunk and the wind in their leaves. They missed the being fully alive part.

I get to trim the branches, I get to clip my roots, but I get one constant trunk.

My trunk is my safety. My roots and my branches are where my freedom comes to life.

My roots do not hinder my branches, they support them, and if it were any other way, I wouldn’t be the tree that I am.

In that way, I never settled for anything less than myself. Everything I have chosen and all that is about to come, that is still unknown to me, will be nothing more than a reflection of who I choose to be and how I choose to feel.

I’ve gratefully learned a way of settling into myself and have found the freedom in my settlement to become fully alive.

The place where I live inside myself today isn’t anywhere close to the notion of “don’t ever settle.”

I dance, and settle into my body.

I write, and settle into my soul.

I make love, and settle into my partners love.

I rage, and settle into my emotional body.

There’s nothing down about it.

I’ve created a life worth settling in to.

Settling in this way does not mean life is over. It reminds me every day, that it is just beginning.

May you lead a life with a strong enough trunk to choose wisely, brave enough roots to hold you up, and branches excited enough to dance with the wind.

If you are terrified to settle down, may you grow boldly enough to experience the freedom and safety of a life worth perpetually, settling into.

The first step is two feet into your roots. The second is looking up at your branches rather than out at someone else’s trunk.

May your tree of life settle into rich soils and succulent adventures.

May happiness come to bite you in the ass, the way they said commitment would, when you lead a life worth perpetually settling into.

What they Don’t tell You about Finding Yourself.