The Freedom of Disconnection.

Damn it felt good to be disconnected.

The connection addiction is endemic in our society. It’s one thing to catch up with friends, share a piece of your life, make plans and discuss things you find important—that’s all well and good.

But the ability to do those things at any hour of the day, and the expectation that everyone you know should be available to do so as well is just unhealthy.

Social media is the drug, and smartphones are the enabler. Together they give us a false sense of community, making us believe everyone is waiting with bated breath for our next update or text, when in fact everyone is just going about their own lives.

And on the other side of the screen, our devices sit on our laps and in our pockets distracting us with deliciously tempting notifications, making us believe we should be waiting with bated breath for all their updates.

I recently I took off into the woods for four weeks, and one of my main reasons for going was putting all my public mindfulness overtures about turning off notifications and reducing distractions into private practice. But it’s also 2015, so despite my plan to spend all these weeks in the woods, I still expected I would have some basic level of phone service available to me for most of the trip. I assumed I would find a Starbucks or McDonald’s just about everywhere so I could always make a stop to caffeinate and use their WiFi.

If nothing else, I hoped I’d at least have a smidgen of phone coverage for texts and calls in an emergency.

Out on the road, I quickly realized that I’d seriously overestimated the strength of my network. Dead zones were vast and numerous. I drove for hours on small highways with no coverage whatsoever.  Many campgrounds would show a few bars, but when push-came-to-upload, nothing would work. A few campgrounds had no service at all, forcing me to make a call in a real live phone booth (yes they still exist) so at least someone, somewhere, knew I was alive.

When you spend most of your time in cities, this isn’t something you’re used to.  And if you believe the Verizon and AT&T commercials, it’s not something you’d expect.

At first it was frightening. My phone is an extension of me. It’s how I communicate with my friends and family. How I map my route and stream my music. It’s how I write and update my blog. I’m so used to it always being there for me, whether I’m conducting business or just simply bored.

In a way, spending hours or sometimes days without phone service felt like I’d lost an arm.

But as time rolled on I accepted my new reality. As Cheryl Strayed said in her masterful novel Wild, “This is what I came for, this is what I got.”

So I got used to it. A constant connection became the exception rather than the rule. When it was available, it became a treat.

By the end of the journey, I loved it. I actually preferred it. At my last destination I had three straight days of no phone service and I felt free, clear, calm, unrestricted, undisturbed and undistracted.

I don’t believe I’m a selfish person, but gleefully reveling in the fact that my friends couldn’t get in touch with me almost felt egotistical. I knew I was missing out on all their updates and the important news of the day. It’s not as though I lost all interest in sharing things with with my friends either. The storage on my phone was bursting at the seems with my ever growing cache of pics.

But I realized that being disconnected for a few days or weeks wasn’t the end of the world. I would eventually be back on Facebook and Twitter to catch up on life. Or better yet, I would eventually see all my friends in person, so they could fill me in on everything face-to-face.

Rather than being the end of the world, disconnection was the beginning of a new world. One where FOMO (fear of missing out) was replaced by YOLO (you only live once), distraction was replaced by presence and anxiety still existed but it was related to the threat of a grizzly bear attack rather than the stresses of multitasking.

There were times in the waning days of my trip when my phone did start working. Notification bubbles popped up, my pocket buzzed and a wave of texts crashed in.

I’m back in LA now, where phones always work, pretty much everywhere. I’ve caught up with friends and even caught up a little with Facebook (though after being away from it for so long I’m finding it mildly tedious).

But truth be told, I miss the freedom of disconnection I found in my journey. I miss the mindfulness it practically forces upon you. I miss what it feels like to realize that you and you alone are in charge or your own entertainment—there is no depending on others or on apps.

This may change as the days and weeks pass here in the real world. I’ll fall back into old habits, because that’s what people do.

But I’m going to do my best to hold on to as much of this lesson as possible.

We are only as connected as we choose to be. When you have the opportunity, choose real life over digital life.

Without People & Cell Phones: How it Feels to be (Mostly) Alone this Weekend. 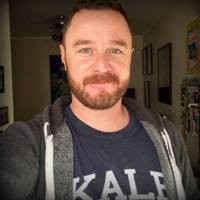