The Syrian Refugees Crisis is an International Emergency. 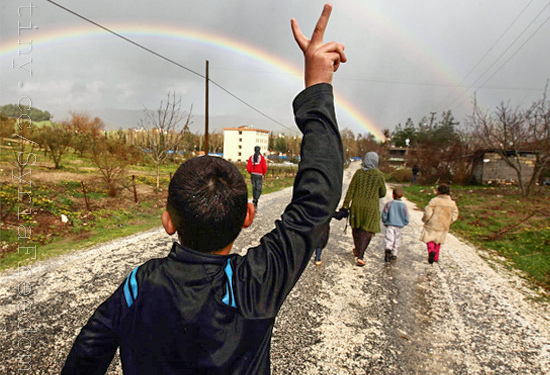 As most of you are, I am traumatized and abhorred by the recent footage of the corpses of Syrian children found on the Libyan shore along with the horrifying death of over 70 refugees suffocating in a trailer in Austria.

These tragic events have pushed the refugee crisis more into the public view creating more debate than actual solutions.

Today, the Syrian civil war is considered the worst humanitarian disaster of our time with more than 220,000 killed (half of whom are believed to be civilians), 7.6 million people internally displaced and over 3.8 million refugees seeking asylum.

The majority of Syrian refugees are located in Turkey, Lebanon, Jordan and Iraq. These countries who suffer from weak infrastructure, limited resources and an unstable political environment, host the world’s largest refugee population, which is leading them to a breaking point.

2,870,000 Syrians are living in refugee camps in Lebanon and Turkey alone.

Regardless of who is to blame for this disastrous situation (the list is endless), the Syrian crisis has become more urgent than ever. The lives of thousands of Syrians are endangered each day by drowning in the Sea or starving on borders, if not by war. They need our help and the more aware people are of the situation, the more we can build a global response to reach them.

First of all we need to understand that they are refugees and not migrants. The two terms have distinct and different meanings, and confusing them leads to problems for both populations. According to the UNHCR definition, refugees are people who flee war or persecution across an international border—people who had no choice but to run for their lives and still cannot return home.

Migrants are those who chose to move to improve their lives for work, education, family reunification or even hunger. A migrant could choose to return home, and they’d still have a government to protect them. A refugee does not have that choice: they cannot return home and they need sanctuary elsewhere. This being said, over 70 percent of Syrians who have fled their country in the last four years are refugees who left their homeland to save their children’s lives from the daily bombings and acts of violence committed by both the regime and the different opposition groups.

Second, we need to gain a little more perspective on the actual numbers and statistics of the Syrian immigration movement. A lot of Europeans have been talking about being “invaded” or “overpopulated” and how the refugees’ arrival would speed the collapse of the European social order. In reality, the 200,000 migrants/refugees to have arrived in Europe so far this year only constitute 0.027 percent of Europe’s total population of 740 million.

Such a small influx can be easily handled if met with a coordinated refugee plan between the host countries. To put that in context, a country like Lebanon that is more than 100 times smaller than the EU has already taken in more than 50 times as many refugees as the EU will even consider resettling in the future.

Third, it is hard to criticize the European policy regarding refugees when wealthy oil countries like Qatar, Saudi Arabia and The United Arab Emirates, who have played a significant role in the aggravation of the Syrian conflict, refuse to take their share of the responsibility. Despite the linguistic and religious ties that should place The Gulf Arab Monarchies at the forefront of those offering shelter, or the fact that they are the primary funders of the armed rebellion in Syria, not one of these six ultra-wealthy Arab states has agreed to resettle even one single refugee in the last four years. Such a shameful betrayal of the so-called Arab Unity and this lack of human morality should be faced with more pressure from the international community to welcome refugees, if not sanctions.

Fourth, a political solution has become of the utmost importance. This proxy war between Iranian Shiism backed by Russia and Saudi Arabian Sunnism backed by Turkey and the West has to end or the consequences of it will spread to boil the whole region down into an endless bloody war that no one can escape from.

It’s also important to mention that the leading powers in the arms industry, such as, the United States, Russia, China, France etc., have benefited more from the Syrian demise than they care to admit. These past five years have witnessed an exponential rise of the arms sales allowing corporate weapons giants and military-services companies like Lockheed Martin and Thales to make millions of dollars of profit. No wonder the resolution of the Syrian crisis is still on hold. So It’s up to the NGOs, IGOs and human rights activists to put pressure on the decision makers to end the war.

Finally, I would like to emphasize the fact that The Syrian Refugee Crisis is no longer a Syrian or an Arab problem—it’s an international one. And if we decide to turn a blind eye then we are condemning millions of Syrians to death. Helping the Refugees to live in safety and dignity is no longer an act of kindness but a moral obligation.

We are all susceptible to the horrors of war and we can all find ourselves one day fleeing danger to save our lives and our families.

Why War with Iran Would Go Global. 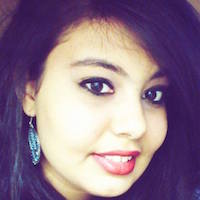