Why Aren’t We Having Sex Anymore? 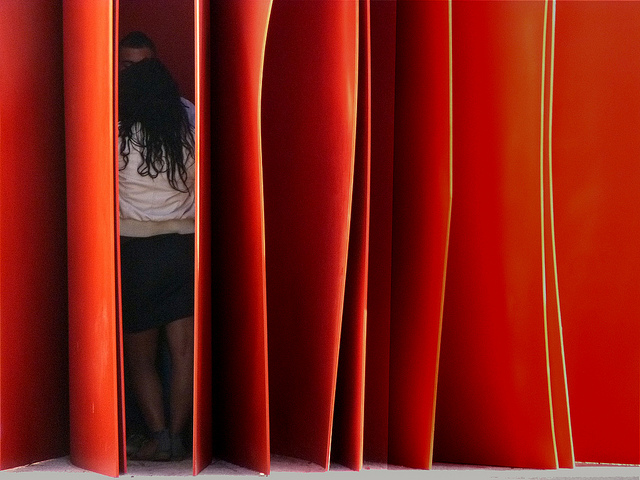 “Anyone who is observant, who discovers the person they have always dreamed of, knows that sexual energy comes into play before sex even takes place. The greatest pleasure isn’t sex, but the passion with which it is practiced. When the passion is intense, then sex joins in to complete the dance, but it is never the principal aim.” ~ Paulo Coelho

It’s the most delicious time in every relationship.

The anticipation of when we will see each other again and be permitted to explore each other’s bodies and secret places. The build up of having to wait to merge with each other intimately, to feel the other’s lips on ours. The excitement of once again feeling skin against skin and breath upon breath. The teasing and taunting of each other during foreplay before anything else happens.

And then, somewhere along the way, this goes away.

Sexually, he wants nothing to do with you. You’re sexy, smart, successful and funny—a total catch.

It doesn’t matter. You want nothing to do with him.

Why does this happen?

We get married. We cohabitate. We see our significant other daily. And life becomes not looking forward with anticipation to the “next time” we get to be intimate, but rather putting off the actual act of sex for a variety of reasons.

It seems that everywhere we turn, someone is lamenting about their sex life—or lack thereof. Comments like, “I feel like we’re just roommates,” “She’s always swatting me away like I’m annoying ” and, “We haven’t had sex in months, and we don’t even talk about it.”

This is going on everywhere. And nobody is talking about it.

We may confide in our closest friends about the lack of activity going on in our bedrooms, but most people are embarrassed to admit it’s happening to them, thinking they are in the minority when it comes to sexless relationships.

So I talked to some brave folks who were uncensored and honest enough to tell me what was stopping them from having sex.

“My son sleeps in our bed,” my friend Seth complains. “We made the mistake of allowing it when he was little and now we can’t get him out of our bed! We’re going on two years now and still not sleeping alone.”

This one is really common and one of the biggest “c*ck-blockers” I hear. Kids waking up in the middle of the night and coming into our beds, or kids just taking up so much of of our time and energy, leaving absolutely no opportunity or desire to be intimate.

Not feeling good about ourselves is another biggie keeping us from gettin’ our groove on. Gaining weight, getting older and fluctuating hormones all wreck havoc on our sex drive.

“In the past two years of being together, I’ve put on 20 pounds that I can’t seem to lose,” says Jennifer. “My husband still wants to have sex with me all the time, but I just don’t feel sexy. I’m self-conscious and I find myself pushing him away because I don’t feel good about myself.”

On the flip side, pushing our partners away makes them feel equally undesirable and frustrated, which in turn makes them stop initiating sex with us: “My girlfriend was constantly denying me every time I wanted to have sex with her. She felt she didn’t look good, she was tired, she wasn’t in the mood. I started taking it really personally and just stopped trying. We went months at a time without having sex. Ultimately it’s what ended our relationship.”

We often think it’s men who can’t get enough. The old stereotype that men can get it up when the wind blows is just not true anymore.

It’s often the women whose libidos are in overdrive and who are living in celibacy shame. One male friend of mine shared, “It’s not always the woman, you know. My fiancee went through a period where she just couldn’t get enough and became really needy in that respect. The kicker was she’d nag at me all day and pick fights, then want sex at night. I don’t work like that. I couldn’t just turn my emotions off because she was turned on.”

So, what do we do to have more sex? To bring intimacy back into our relationships?

My friend Janet used to joke that having sex was a lot like “going to the party.” You may not feel up to it but you put on your dancing shoes and just get yourself there. Once you’re there, you typically have a good time.

So, can we get ourselves to the party?

We definitely can but a little prep work is needed:

Talk about why you aren’t being intimate with each other. And express that it’s bothering you!

If we don’t tell our partners that we miss getting freaky with them, they’re gonna think it’s a one-sided thing. First step, get it out in the open that this whole situation sucks.

If kids sleeping in your bed is the issue, make plans to have them sleep over at a family member or friend’s house one night. Or drop them off during the day and get down in the afternoon. It’s hard when you’re a parent, but by no means impossible.

If the issue is just exhaustion, pick a time of day you’re both more relaxed. Yes, we’re all hammered by nighttime, but there are early mornings, lazy afternoons on the weekends or even the middle of the night romps when you’re both wide awake for no damn reason. Stop the excuses.

It really works. Sometimes the reasons we aren’t having sex with each other run much deeper. Long-held resentments, shame about communicating our insecurities or fantasies with our partner, or unconscious wounds we’re carrying around about the relationship that we haven’t worked through.

Most couples find that after a good therapy session they feel closer than ever and have some of the best sex of their life, even if it’s not every day.

We can do this. Sex is one of the most magical, passionate and emotionally connective things we can do with the person we love the most. Let’s get back to that period of anticipation, longing and circling each other again.