America, Why are we Still Working so Hard? 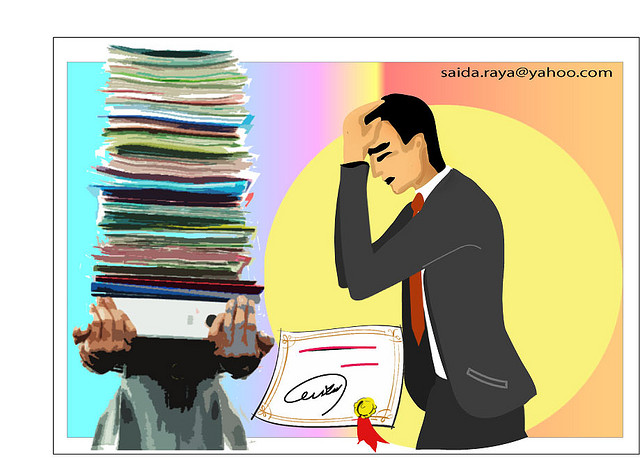 Two years ago, I immigrated to The United States from Wales, United Kingdom.

Since then, I have witnessed the gravitational pull of by the undercurrent of American work ethic on my languorous soul. I have labored along with many a morning toiler on grueling winter bus rides, passing traffic lines at coffee stands and issuing nods of solidarity to my fellow hunchbacked denizens as they depart on their way to their own working weeks.

This scene is by no means unique to America, in fact it is reminiscent of any industrialized country that I have witnessed. But there are some distinctive anomalies between the life that I am living now, and that which I left behind with my European friends.

And it troubles me.

United Kingdom Health Secretary Jeremy Hunt’s recent speech at a conservative conference detailed his vision to encourage British people to work as hard as the Chinese and Americans, in order to create “a culture where work is at the heart of our success.”

It occurred to me, given my status here as someone currently living in the heavy beating heart of the American dream, that there are a vast number of differences between a working life in the United States and that in the United Kingdom and Europe.

What would it mean for the United Kingdom to live and work more like the United States?

A recent Gallup study revealed that the average working week in the U.S. has risen to 46.7 hours per week. That is almost an entire working day above the 40 hour standard of full time employment, which, in my opinion, is in itself an outdated benchmark in dire need of revision.

But that is not all—the study also revealed that a staggering 18% of American people worked upward of 60 hours a week, while those working between 50 and 59 hours per week represented 21% of the toiling population. With no cap on the amount of hours one can work, people clamber after the holy grail of overtime by forgiving the miles that they walked, to get there in favor of a few extra dimes at the end of the slave wage rainbow.

Where is the time designated for the appeasement of oneself? Where are we to indulge in the pleasures of life that make our time here worth its salt?

It’s certainly not guaranteed to come in any public holidays or paid vacations, for which there are no minimum days for employment leave in America (along with just a handful of other countries, including Kiribati, Micronesia and Tonga, though the Tongan government are working on that).

Holidays and paid leave in America are to be negotiated with an employer, which often brings up the moral dichotomy of who to work for—a corporation that can afford to entice laborers with the promise of benefits, or an independent company that may provide us with purpose, but little time to practice the rest of what makes us ourselves. Because while it might be true that a highly engaged worker who exceeds the 40 hour work week may indeed have a better overall state of wellbeing than an unengaged worker who hits just 40 hours per week, the fact remains that just a crushing 13% of people actually enjoy going to their job.

And guess what, according to the “No-Vacation Nation Revisited” report, the sum average of paid vacation and holidays provided to American workers (16 days) would not even meet the the minimum required by law in 19 other rich countries.

So what does this mean for the average American worker? And why is the culture so readily accepting of such a sentence?

It means that eight out of 10 people are stressed out by their jobs, resulting in all manner of ailments such as anxiety, insomnia, high blood pressure and a weakened immune system. It means that people compete in a culture of servitude, creating a race to the bottom by where they trade their free time for a few borrowed dollars more on the hour. It means that they forgo such spontaneous pleasantries such as a last minute road trip or even just to sit and watch the clouds.

I know because I have done it. I have spent many a day here working, while my friends back home are out celebrating Spring Bank Holiday, Good Friday, Easter Monday, Christmas Day, Boxing Day and beyond.

Why does such an advanced nation continue to adhere to such a Puritanical precedent, when both the cold hard facts and the cold hard faces tell the story of a people wanting something so different?

For the longest time, health care has been an imperative drive to keep people in the work force. But the Affordable Care Act, while far from being perfect, is at least a step in the right direction. No longer are people necessarily chained to their perspective employers for their health care, as opposed to the all too real threat of life, death or bankruptcy. This allows a little window of freedom to be opened—young entrepreneurs can now charge forward with their dreams, adults can make that career change that they know will make them happy and an elderly person with a little savings can retire early to enjoy the pleasures that life has to offer.

This is not the revolution I’m looking for, but it all has to start somewhere.

Another destructive factor in the American financial industry is the urgency with which one is required to pay back student loans. In the United Kingdom, a graduate is not required to repay a loan until he or she is earning £21,000 a year. Even then, they are only required to pay back 9% annually (£37.50 a month for a loan of £26,000). Compare that with America, where a graduate is allowed a maximum of a six month grace period before having to begin repayment (some loans do not even grant that), and the amount you pay back is at the mercy of the loans company from which you borrowed (some can be deferred, others cannot). This propels you into stasis—especially those who have graduated from highly competitive markets. Our debt is called, we need to pay—regardless of whether you have a job in your area of expertise, or any job at all.

Now I realize that this constant comparison between the two countries might irk some readers, but I feel like it’s an important discussion. The system here is such that it is almost impossible to escape once you’ve inadvertently stepped into it.

Life is short, and I do not believe that we are on this Earth to adhere to the mechanics of a dying system. I believe that we need to create our own freedoms, by active base rebellion, in a reclamation of time, leisure, and creativity, that works in direct opposition to the maniacal ethics of the world post-industrial revolution.

We are living in the midst of our own revolution, a technological one, that can truly liberate us from the punishment of toil (God’s words, not mine). We have the technology to release us from our dependence on all that we currently work to pay for. We have the opportunity, in this generation, to create an economy of our own, one not based on fractional reserve banking, debt and enslavement, but on baking bread, making art and riding bikes.

So, this article has been, if anything, an attempt at a gentle persuasion—a proverbial hammock upon which to ponder—what are the true values of life? What are the meanings under which you wish to stand? And to what extent are you willing to trade your rightful time to the authority of a tempestuous clock?

Divine Burnout: A Signal from the Universe. 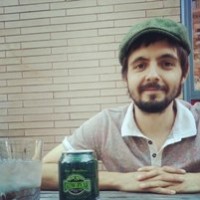