Breaking Apart the Myth that a “Successful” Relationship Means Forever. 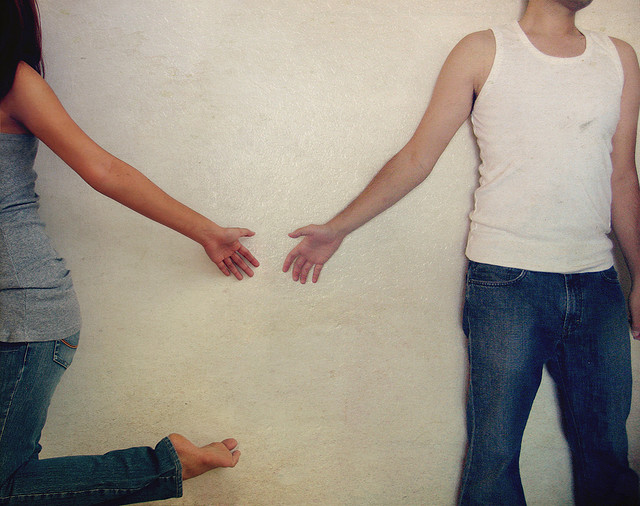 “Sometimes it takes the relationships that don’t last forever to teach us the lessons that will.”            ~ unknown

What makes a successful relationship?

How do we define it?

Is it one where a couple has been married for 50 years?

Or one where the couple is together until the day they die?

Are we considered “successful” because we have only been married once? Not twice or three times or heaven forbid, have never been married at all?

I have friends in their 40s who have never been married. My mother often says, “Oh, your friend so-in-so never met anybody? That’s so sad.”

Well, she’s 40. Did she run out of time? Is it really sad? Because some of these friends have had the most amazing relationships I’ve ever known.

Sure, maybe they haven’t gotten married. Yet. But are they somehow sad, pathetic creatures to be pitied? Ones who aren’t considered “successful in love” because none of their relationships have yet resulted in a walk down the aisle and a “happily forever after.”

Let’s look at the people we know who have been married since their early 20s, yet they sit in misery in their unfulfilling marriages and won’t leave because they don’t want to be perceived as “failures.”

Can we all just call bullsh*t on this nonsense?

My first “committed” relationship lasted seven years. It was beautiful and loving and we parted ways because the two of us realized that we were best friends more than lovers. I learned so much from him. He treated me with such kindness, respect and compassion when I decided to end our relationship, it still brings me to tears.

Though it ended in a loving and drama-free way, I considered myself a “failure.” Not good enough. Something must have been wrong with me. All my friends were married and having kids, together 10 years or more. I had already failed in the eyes of society.

When my next long term relationship came along, I jumped in fearlessly. The passion and connection between us was intense from the first date. There was no question in my mind I was going to spend the rest of my life with him. I mean, it had to work. Two failed long-term relationships would make me look pathetic to everyone who knew me. This was going to be my happily ever after.

The sheer panic and hysteria that I carried around for months when I discovered he was in love with somebody else and he kept saying that he couldn’t “promise me this was going to work out” was so monumental I couldn’t vocalize it to anyone.

I don’t think I was as hysterical at the thought that I would be left alone with two children, who I couldn’t possibly manage on my own, as I was thinking about what people would think and say about me, if he left.

Something must be wrong with her if she can’t make a relationship last forever.

Again, let’s call bullshit on something that simply isn’t true for any of us who have been there.

When my marriage ended, everyone said to me, “Don’t worry. The right man will come along. You aren’t going to be alone forever.”

Here’s what I have to say about that: I actually don’t care. I don’t need anyone.

I’m perfectly content, whole and complete without a partner. I don’t need my next relationship to last forever. “Forever” does not equal successful. I don’t believe that the “forever myth” is realistic for everyone.

For some couples, like my parents who have been married over 45 years, it’s realistic. It works. They’re happy. Bravo! My hat goes off to them and I admire the unwavering commitment and love they hold for each other and the sanctity of their marriage.

For others, we are not meant to be in forever relationships. We have had relationships filled with passion and adventure and lessons and growth. We have used our failed relationships as the catalyst to do great things in the world. We teach others. We share our experiences. We emerge from the trenches of heartache, filled with battle scars and wisdom that unable us to shine more light onto the world.

We show that we are not failures because our relationships have failed.

I have grown immensely from every single one of my relationships. My marriage, in my opinion, was not a failure. Our souls had a contract together to learn certain lessons and bring my two children into the world. Once that contract was fulfilled, our paths were supposed to go in different directions. And now somebody else is leading him through his next chapter to teach him and help him grown as he did for me.

I realize that I’m okay if I have 10 more relationships that end before I leave this world. That may be God’s plan for me. To take many lovers, help some of them learn and grow. To do some of my soul’s work through each of them because, maybe one of them alone cant teach me all I am meant to learn and do while I’m here.

I will consider all of these relationships successful. Whether they are filled with love or just filled with lessons, they are meant to be.

There is no such thing as only one right way to have a successful relationship. Whether we are with just one partner or many throughout our lifetime, it is an individual path. Our own unique and brilliant path. Everyone’s path is different.

Let’s stop feeling sorry for people who don’t fit into society’s belief that there should only be “one” and that it should last forever. Can we just appreciate every relationship we have and stop judging ourselves for every one that didn’t work out?

“Even the best relationships don’t last forever. Appreciate what you have, who loves you and who cares for you. You’ll never know how much they mean to you until the day they are no longer beside you. And remember, just because something doesn’t last forever, doesn’t mean it wasn’t worth your while.” ~ unknown

To my Soulmate I Choose not to Love.