Dzongsar Khyentse Rinpoche is Going Rogue for his Fourth Film. 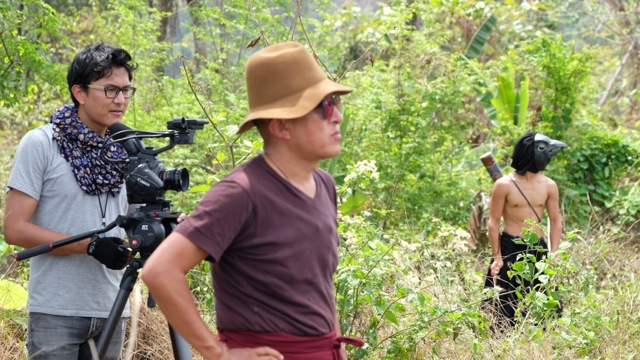 I’ve worked for Dzongsar Khyentse Rinpoche, a.k.a. Khyentse Norbu, in various capacities for about 15 years, but in all this time I’ve never seen him seem so excited about something as he seems to be right now.

He’s about to start shooting a feature film in Bhutan, his fourth, and he’s on fire. It’s been so interesting to see this manifestation of him, almost breathless as he explains his vision for a particular dance scene, editing the screenplay, or micromanaging the art department’s production of 300 masks that will be worn by the actors.

His first three films are great accomplishments, even if not major box office hits. The Cup, a charming debut about soccer obsessed monks won awards at Cannes and other festivals and still holds up. I recommend it.

His second project, Travelers and Magicians was the first feature to be shot entirely on film in the Kingdom of Bhutan. I was on set for that entire shoot and it was the second hardest thing I have ever done in my life. It’s a miracle it got made and that no one died of exposure. On that film, Rinpoche experimented with working with a a larger budget and a more professional crew. He was answering to a lot of people. It’s difficult for me to be objective about something that I was so intimately involved with but I remember having a sense that there were too many cooks in the kitchen.

His most recent film, Vara: The Blessing, was shot in Sri Lanka and stars the gorgeous Shahana Goswami. It was the first time Rinpoche worked with professional actors. Cinematographer Bradford Young made a strong impact on the way the film looks and feels and then famed film editor William Chang, too, put his stamp on it.

Rinpoche made that film because he loves Bharatnatyam dance and Indian culture. It’s a beautiful, lush film. It opened the Buson Film Festival, won an award at Tribeca, and every time I see it I like it more. But it was never widely released so very few people have seen it. (You can buy it online but try to watch on a big bright screen.)

These are such abbreviated versions of the bigger stories behind each of these films. I have learned, especially on Travelers, that filmmaking is like going to battle. There is so much drama involved. And so it’s understandable that for his fourth film, Rinpoche decided to go rogue. Totally.

Which brings us to the new film and the excitement. It’s called Hema Hema: Sing Me A Song While I Wait. He first mentioned this film in the context of internet chat rooms. He was interested in how people become more outrageous when disembodied and anonymous, more sexual, meaner, more daring. And from there he came up with the idea of this film about a masked cult that meets every 12 years in the jungle.

As someone who has been trained that all emotions are suffering, it’s understandable that Rinpoche might not have an immediate calling to tug heartstrings with his story telling (though he is very adept at creating real life dramas for his students for the sake of waking them up). So to brush up on those skills, he took the Robert McKee Story Seminar years ago and learned about traditional story telling, how to build drama, how to develop character and all that is good advice, but I think the best advice Rinpoche has gotten when it comes to this film is to throw all that out the window. His friends advised him to return to his real inspirations, the films of Tarkovsky, Ozu, Satyajit Ray. Unpredictable, unflinching, artistic films.

He did go so far as to create a version of the script that answered to every single one of McKee’s rules, every scene had a beat, every character had a flaw and a desire. When Rinpoche tossed that perfect script into the fire, it was as if the fire went into him. Suddenly his enthusiasm came full tilt. The ideas began to flow.

For the first time it seems Rinpoche is directing totally independently, confidently, from the heart and I cannot wait to see what comes of it. If the clips from the test shoots are any indication it’s going to be one weird, wonderful film.

I am seeing him in a new light (which isn’t so surprising; following a great master of meditation and miracles means constant reevaluation of one’s view) and I’m enjoying it. Seeing this projection of his artistic side gone wild is exciting and it makes me want to create my own art, my own films. I guess this is why I picked an artistic guru. It’s my hope that people are open to it.

There is a Kickstarter campaign for Hema Hema here. 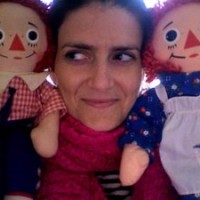