How A Lesbian Went From Hating the Worst of Men to Loving the Best of Them. 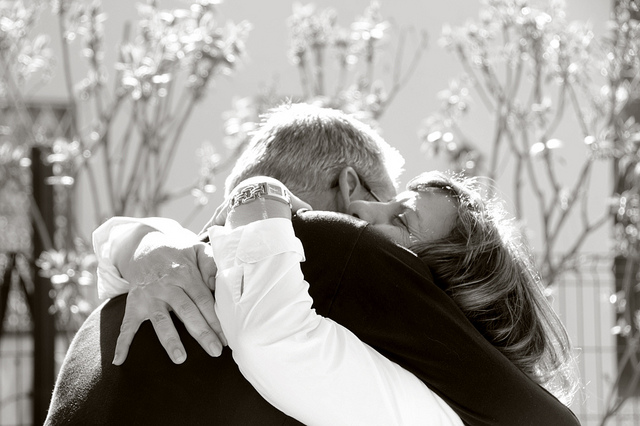 I was raised in a strict God-fearing fundamentalist Christian church in the Southern part of the United States.

I was taught that God is angry, vengeful and male.

Surrounded by men who also believed God is male, I grew up hating God, figuring that if God was a man he must be a jerk too.

The men in my life often behaved like as*holes, raging and abusing their patriarchal power. At age eleven I was molested by male babysitter who threatened to “Cut off my tits,” if I ever told anyone. At seventeen I finally confessed to my parents I am gay.

I was told, “You’re a business risk and you need to change.”

I was sent to a physician who also molested me before helping lock me up in a psychiatric hospital.

I lost count how many men of all ages felt entitled to shout out, “Hey, Lesbo all you need is a good F*ck to straighten you out!” Or “What a waste,” or “What the hell do you lesbians do without the goods,” while grabbing their crotch.

The women in my life reinforced door-mat gender inequality by teaching me I must bow to the wishes of men. I was told to lose at sports on purpose so that boys would feel good about themselves. I was taught that boys would like me if I reinforced how much better they were than me.

It was devastating to my self-esteem and sexual identity to be programmed to believe in a male God who wanted me to find a husband, have kids, be a good, subservient wife and do what I was told.

I felt terribly alone. For a girl who was already doomed to hell for being gay, there was noone to offer support. I was abandoned with no one to share the pain and confusion of being born into a world where even if I had been straight, I’d still be considered a second-class citizen.

Who I was supposed to be—according to religion, society and my peers, at least—did not come close to who I really was.

How was I going to survive in a world where I stood out so badly?

I was well into my thirties when a big man and his little wife moved in next door and I began to see another side to the story about God, men, “doormat” women and being gay.

Well over six feet tall with hair to his waist, he was an artist who looked like a biker. Calm, collected, intelligent, he treated all women with respect, spoke to me with kindness and concern and was genuinely interested in me as a person.

He was not afraid to wear black nail polish or shave his legs for an upcoming bike race. He melted when holding a baby and was passionately devoted to his petite wife.

He was strong and self-assured, but soft in his love for animals and for me.

During the next seven years he became my best friend, my superman. The marathon hours we spent talking and sharing slowly opened my heart. I learned that true intimacy has nothing to do with sex and everything to do with bearing your soul to another and having that person hold your heart safe.

You see, my super-man did not believe in God. Yet, he was more gentle and supportive than any man in my life who’d professed to be God-loving. No matter how much I hated God for being male, I was torn because I truly wanted to believe, to have faith in a caring power greater than myself. But that had been impossible to do because there had not been one kind, accepting and supportive male figure in my life.

Until my God-denying big man arrived and for the first time, I felt safe to share the pain of being born a gay woman in a male-dominated world filled with religiously justified hate, inequality and oppression.

He listened as I cried buckets of tears over my anger and frustration with both men and women. He encouraged discussions of why we do not appreciate, honor, and support each other as equals regardless of our sexuality or gender. He supported my view that gender and sexual inequality is in part a result of the religious labeling of supreme consciousness as male. He agreed labels separate, elevate, ostracize and judge. As soon as a label is placed on something or someone, our arrogance latches onto it. This limits us from being open to see any other possibility, even if the label perpetuates the abuse of power over others with discrimination and domination.

Although he did not believe in God he believed all relationships whether gay, straight, with family or friends should be based on acceptance, kindness and respect. He assured me being a confident gay woman did not mean I was a bi*ch. It was okay to be angry with men who abuse their power and justify the control and suppression of women.

It’s also okay to be upset with women who perpetuate the idea we are less than men.

From my atheist big man who deeply loved women I came to appreciate if a supreme awareness initiated the events resulting in the creation of everything, then a part of that consciousness must reside in all human beings and in all that is alive—whether they are male, female, gay, straight, black or white. If God was a part of me and I was born gay then that must be okay with God too.

I find it supremely ironic it took falling in love with a big man for this lesbian to open her heart to men and God. I now know not all men are misogynistic, redneck, disrespectful beasts. I also know God is too expansive to be labeled.

Those who continue to do so have an agenda, but God’s agenda is and always was equality, respect and love.

Today I have many male friends. I am blessed they are part of my life as I have been deeply enriched by seeing a different side of the opposite sex than I experienced as a child and young adult. I’ve reached the place of gratitude for my early journey. Without everything I went through I would not be who I am today. My suffering sparked a life-long devotion to helping create equality and respect between human beings.

You know another ironic thing? I think mother, father, all-in-all that is the God of my belief intentionally moved my super-man into the vacant house next door. Nothing happens by accident. There was a plan crafted by love to show me another way to read what had been written as my early life.

I am deeply grateful I that I was open to allowing the painful experiences of my past to be replaced with new ones.

When we have been abused, used, belittled and made to feel less than, we must learn to keep our heart open. Instead of carrying resentment and thoughts of revenge we must work hard to become stronger, kinder and wiser than those who abused us by finding the other side to the stories we tell ourselves about ourselves, other people and the world.

We must lead the way in righting the wrongs we see in the world by changing ourselves so our part of the world changes. At least that is what I learned because today, I am truly proud to be a gay woman who moved from hating the worst of men to loving the best of them. 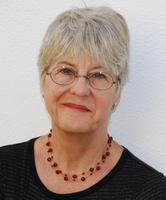