I Finally Opened My Closed Heart. 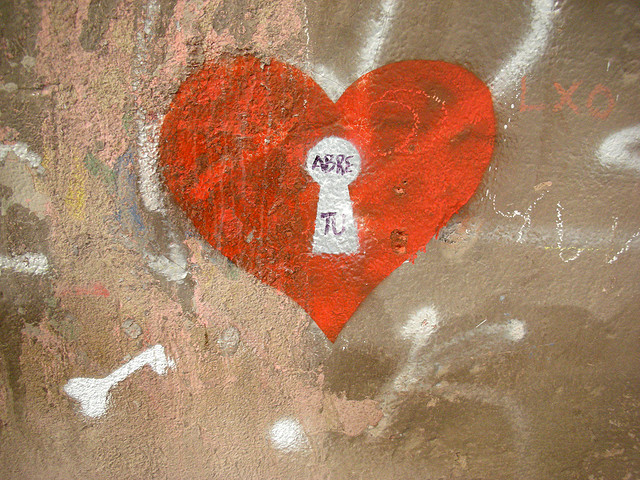 Due to a deeply traumatic relationship many years ago I subconsciously closed off my heart.

I guess at some level I believed I was preventing myself from the risk of ever again being exposed to those same levels of pain.

When my heart was closed off I was numb to love. I had put strong barriers in place to avoid others getting too close to me. However, I still had that basic human instinct to form close connections with others physically, mentally and, ironically, even emotionally.

What I failed to realise was that by closing off my heart I was putting myself at danger of experiencing far more pain and destruction than if my heart had remained open.

Although I believed that what I was doing was self-preservation, it was quite the opposite.

In order to be able to feel anything emotionally for someone else I was pushing myself to extremes so that the emotion broke through the toughened walls guarding my heart.

I was putting myself in situations whereby I was guaranteed to fail. And so was the other person. My expectations were too high and I tested and pushed myself, and the other person, continuously.

I attracted all sorts of wrong. Bad relationships, friendships and situations magnetised to me. Or I was attracted to them.  My intuition was out of sync as my heart was no longer guiding me so I chaotically bounced from one shade of madness to the next.

Or I avoided interactions completely, which also forced me to experience jagged emotions.

Regardless of how much I tried I could not escape the pain that I was causing myself by trying desperately not to feel.

Even though I thought at the time I had control over how much love I was allowing into my life, I most definitely was not in control over the other countless emotions that life was forcing me to come face-to-face with.

By denying love, it meant I endured wretched loneliness.

By denying love, I had punishing waves of frustration and anger.

By denying love, I believed I was unworthy of affection and genuine companionship.

By denying love, I mistrusted others, as I could not understand why they would be willing to stay in a one sided relationship.

I can now see how I came across to others as cold and uncaring. I have to take responsibility for that and accept that as much as I didn’t want it to be this way, I generally wasn’t as open and loving as I would have liked to of been.

The strangest thing though was I tricked myself into believing that I was open to love and able to feel and experience loving emotions.

In the beginning of a relationship I would be immersed in feel good chemicals that are released when in the throes of the excitement of new “love.” Basically, I was on a high, similar to the feeling one might get when taking drugs. The serotonin and oxytocin that flushes through our systems when we spend long periods of time in the infatuated first stages of a relationship fooled me that I was capable of love.

So, when anyone questioned whether I was “emotionally unavailable” I would shrug it off and think back to the loved up feeling that I had at the start of the relationship. The love I thought I was feeling was all an illusion. One that managed to make me avoid taking accountability for the fact that my heart was closed off.

It wasn’t until these chemicals simmered down and I saw the relationship in the cold light of day that I started to question and doubt whether what I had been feeling was anything close to love.

And much to my frantic desire to silence the doubts, the truth was, what I was feeling did not even come close to love.

It wasn’t easy and it certainly wasn’t pretty, but I had to take a hold of myself. Shake myself. Scream, shout and cry tears of pity for myself. Then, when I had belittled and berated and put myself down, I realised I was roaming down the wrong avenue once again.

All of this resentment I was feeling was the very thing that had kept me locked inside this place I couldn’t figure how to escape from.

What I should have been doing all along, right from the start, right from the very first moment I had felt the first stabs of pain penetrating my heart was—to forgive myself. Not just myself but the other person too.

Regardless of anything that anyone does, says, or thinks, we are all mostly just trying our best to get through the complex labyrinth that we call love.

I was holding onto pain that wasn’t mine to carry. I had taken everyone else’s rubbish that they had passed onto me in a moment of anger and I was taking it with me on my journey. Each hurtful word and all the actions that betrayed me were squeezed into a compact space inside my ribcage that should have only held my heart.

I had to let it all go. I had to learn to unload.

I had to unravel and I had to trust myself that I could handle what would spill out.

After all, I was the one who had accepted each ugly particle that had become the dark and heavy luggage I was carrying, so surely I could find the courage to witness each piece of it unfolding.

It didn’t happen overnight and it sure as hell wasn’t easy.

But slowly, over time, and little by little I lay alone with my thoughts and I picked apart the mess that had found home in my heart.

I forgave myself and I asked others for forgiveness too. I had been hurt, but I had also been responsible for hurting others in the process too. Hurt people hurt people. And all of that pain had accumulated to form a heart that was afraid to exist.

I cried tears that cleansed as I remembered how lost and abandoned I’d felt as painful memories flooded back.

I accepted everything that had happened to me and I took responsibility for everything I had caused.

But, I also understood that just as I had not set out to deliberately or intentionally hurt anyone else, mostly, those who had hurt me had also just got caught up in the chaos of what we’d shared and ultimately had not set out to cause me any harm either. And for those who had meant to cause me harm, well, it was time I forgave them too. I had no room in my heart to hold onto past mistakes or bitterness. I needed space to create love.

I soothed myself with compassion as I told myself over and over that it was all okay, many lessons have been learned so I can let go of everything else, as I don’t need an ache in my chest as a reminder.

I didn’t have to protect myself from pain by wearing armour that prevented love from getting through. The protection was causing me far more pain than anyone else could, as it was unbearable to carry.

It was time to feel love again. And it was time to stop putting myself in the line for guaranteed rejection by withdrawing from anyone who came close.

As I removed the pain, I slowly began to feel again. Love penetrated easily.

Delving into the heart isn’t always pretty. There are demons and monsters in there that have lay dormant since childhood and they need to be released. And for each one I removed I made a little more space for love to enter.

All hearts are covered in scars. And love heals all wounds.

“One man scorned and covered with scars still strove with his last ounce of courage to reach the unreachable stars; and the world was better for this.” ~ Don Quixote.