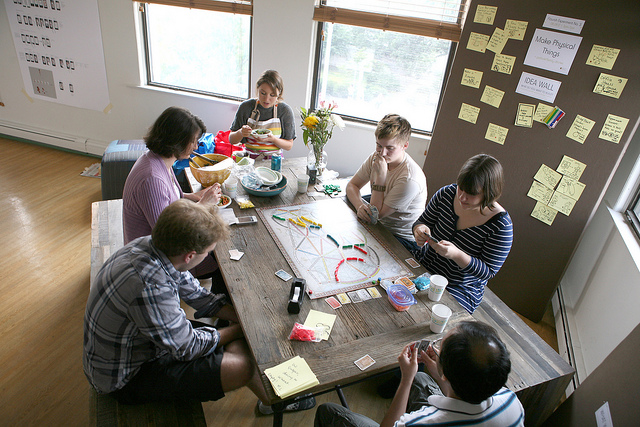 As many young children do, I spent many an afternoon as a kid playing card games with my friends.

From Uno to Go Fish, they were a great way to pass the time. Unlike most children, I had a vested interest in playing games, for my dad is a professional game designer. Playing games together was a fun way for us to bond over a common interest. Console and computer games gained popularity as I came into my teenage years, resulting in me playing fewer and fewer card games until my interest in them atrophied into nothing more than a fond memory.

When I entered college, I started dating my current partner who—as luck would have it—is also a game designer. It was through him that my passion for playing card games was reawakened. Exposed to a wide variety of games released in the last decade, I marveled at how the industry and grown and evolved since I was a child. There were so many fun, compelling games that allowed for a much more complex and layered strategy than my childhood games of B.S. and War.

I’ve loved the chance to explore this childhood interest of mine in a newer, evolved format. What I’ve come to discover is that playing games offers you much more than just an opportunity for fun: games are one of the best ways to abstract real world concepts and challenges into a format which allows you to learn valuable lessons about yourself. I think of them as almost a form of therapy. I’ve learned so much about myself through playing games, from how to handle the pressure of quick, real time decision making to how to not take things so personally. So many lessons explored in the midst of gameplay can easily be transferred onto real world situations, as long as you’re ready to play games from a more conscious and mindful perspective.

This list is for my fellow card lovers, a summary of five of my favorite card games to play with your friends. They all have pretty simple rules and quick rounds. Plan a game night or add one of these on as a side activity to your next social gathering. They are organized in terms of the length of play, with the shortest game listed first. I’ve also included a summary of the big picture skills you can practice by playing each game, ways to engage mindfully with what’s essentially a fun game with friends.

The Basics: A cooperative game, everyone draws an identity. Almost everyone is on Team Villager hoping to keep the villagers alive; however, there might be one or two werewolves threatening the safety of the village for if they can trick the villagers into thinking they are also a villager and the survive the night, the werewolves win and all villagers lose.

What it offers players: through the format of cooperative gameplay, it forces players to work together as a team towards a common goal. It is also all about trust and judgement calls, as usually at least one player is lying about their identity. This traitor player has the toughest role of all, letting them practice the skills of fast thinking and strategic decision making.

The Basics: Each player has three identity cards (with different special actions) in their hand and assumes one identity each round; however, they don’t necessarily have to have that card in their hand in order to assume the identity as they can lie. If they are caught in their bluff, they lose one of their cards. Players slowly lose cards by being caught in a lie, or when another player’s action forces them to discard a card. Whoever holds the final identity card wins the game.

What it offers players: Again, we find a game which involves a certain level of deceit. Players come to terms with the fact that they can play with integrity, but it might get them ahead if they bluff about their identity. This brings up important lessons about how far you’re willing to go to succeed and how to spot lies in others.

The Basics: A deck of 81 cards contains unique combinations of four defining characteristics: number (one, two three), symbol (diamond, squiggle, oval), shading (solid, striped, open), and color (red, green, purple). Cards are dealt onto the table face-up in a grid and players call out SET when they see three cards which for each of the four characteristics the cards are either all the same, two same/two different, three same/one different, or all different. Whoever has the most sets at the end wins the game.

What it offers players: This game is decidedly meditative. In order to spot these patterns, you must at once be both constantly scanning the board for patterns and allow allowing yourself to zone out enough for patterns to naturally appear to you. It’s a constant practice of active and passive viewing, forcing you to toggle back and forth between two ways of processing information.

The Basics: Each card has a symbol and a general category (cheese, actor, cleaning product, etc.). Each player takes turn drawing a card from the middle and putting it face up in front of them. If the symbol for the newly-drawn card matches the symbol for another player’s card, those two players go head to head to see who can name something in the other’s category first (i.e. “Brie” for cheese). Whoever says their word first keeps the other player’s card, then the next person draws a card. Whoever has the biggest stack of stolen cards at the end wins.

What it offers players: For this game, you must be on constant high alert, always ready for the next card placed to be a match for yours. This requires diligent concentration. When another card does match yours, you must act quickly before the other player has a chance to blurt out an answer. For a very simple game, Anomia can also be seen as a great lesson in living in the present.

The Basics: Each player holds five hands in their hand at once, facing away from themselves. You know the cards in everyone else’s hand, but do not know your own. You each take turns giving hints to the players about the cards in their hands to collectively form a type of solitaire-style stacking on the table. On their turn, players can give a hint, place a card on a stack, or discard a card in order to gain a clue token. You are all playing together, trying to perfectly stack five sets of five different colored “fireworks” (1 placed first, then 2, then 3, then 4, then finished with a 5) for a perfect score of 25. If a crucial card is accidentally discarded, your final score drops as you won’t be able to complete one of your stacks.

What it offers players: Hanabi is one of my favorites on the list. It requires much more dedication and concentration than the others but is one in which you stand to learn the most about yourself and your relationship with the people with whom you are playing. Because it is a cooperative game involving everyone else communicating information to you, it involves a high level of trust and educated guessing. This means that you inevitably will slip up and misunderstand a clue. How you respond to this small failure, how the others playing respond, can tell you a lot about your communication skills with these people.

Feel free to leave other favorite card games in the comments to share with others. If you’ve played these games before, I’d love to know about your thoughts and what they taught you about yourself. Happy playing! 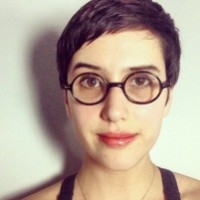