Making it to the Bottom: Getting Intimate with Life’s Mini Deaths. 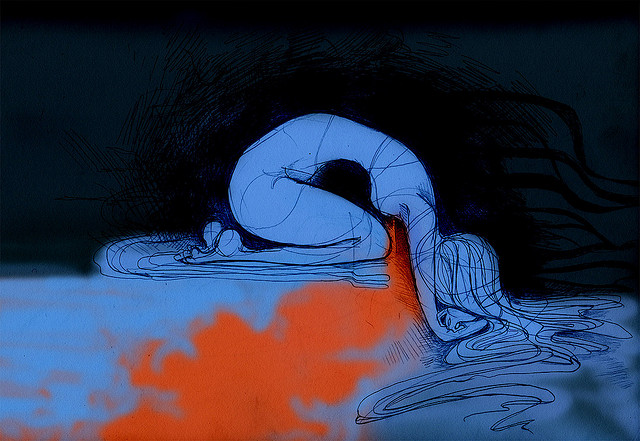 For the first 34 years of my life, I believed an extraordinary life meant that I had reached some pinnacle of attainment and “made it to the top.”

My quest to some imagined top seemed to get projected mostly onto my ideas around spiritual enlightenment—believing some day I would arrive at an all-knowing place above my humanity.

There wasn’t much space in my ideology for loss, heartbreak or times of uncertainty. All of this changed when my marriage ended and I got pushed off the high end diving board and into the waters of the deep end.

During this four-year passage through grief and loss, my cultural ideas and identities would get reinforced around me regularly. At one point, after another email appeared in my inbox around making it to the top, leaving a legacy, becoming bigger and brighter and more successful, I didn’t find myself in my typical struggle of trying to live up to these cultural expectations.

Instead, a distinct and booming voice rang out from my depths. This voice was clearly not interested in solely “making it to the top” and continuing along this paradigm which, in my own life, had fostered competition, comparison, envy and greed.

“What about making it to the bottom? What about rooting deeply into the soils of the Earth?” this voice said.

“What about stepping off the vertical ladder and rejoining the circle of life?” I was floored in the simplicity and intrigued by the possibility of how different our culture would be if we weren’t phobic of loss and these mini deaths in our lives. What gems might discover when we are intimate with loss and we focus on what is below?

Soon after this sacred shattering of my cultural conditioning, I met David and the path and purpose of “making it to the bottom” became clear. He came for some bodywork at a small hot springs where I occasionally offered healing sessions. He told me he had just gotten back from India. I had never met him before. As I approached him as he was meditating while waiting for his session. The first impression that passed through my awareness was that he was with a guru, striving toward the pinnacle of realization at the top.

I was so wrong. As I laid my hand on his back, I was overcome with sensations and feelings of utter horror, shock, and grief. Tears welled up in my own eyes, and I asked, “Where have you been?”

He breathed in deeply, and on the exhalation I felt his utter exhaustion. He began to tell me that he had been involved in volunteer work to help out children living in one of the worst brothels in India.

“These children are so sweet and they are treated worse than the dogs,” he said, in a voice filled with sadness. He told me that he hadn’t wanted to leave, but after a few months there, he had begun to develop a thrombosis that was affecting his heart.

As we continued with our bodywork session, I felt how deeply he had brought those children into him. Images flashed before me of dark, graffitied corners, stained pillows, and dirty ground for a bed. I saw deeply worn eyes disproportionate to their young battered bodies that somehow communicated, “There is no safe place.”

“Out of all the things we did,” he said, “what seemed to make the biggest difference was that they got to eat one organic meal a day. Somehow, that was the thing that helped them know that their lives were worth something.”

At the end of the session, he looked at me with worn eyes that have seen the unspeakable and said, “I don’t know if I made a difference in those children’s lives.” I immediately jumped in and replied, “Of course you did.”

He took a moment, lowered his eyes, and I felt as if he was back with those children. He looked up, his face now tinged with some bittersweet memory, perhaps some sense of longing, and he replied, “No, I really don’t know. They are used to having people come and go.” He placed his hand upon his heart as he said, “But I know they sure got into my heart and changed my life.”

I think that session was more for me than it could have ever been for him. I continue to learn from it and feel in many ways that the images of the children still live within me as well. The wounding of it branded a message upon my heart, “Remember these children. Keep them in your heart. Don’t take anything in your life for granted.”

David was a hero in my heart. He wasn’t a hero because he made it to the top or some place perched above the pain and suffering in the world. His bigness reined in his courage to touch so low and to show that all life matters. The beauty of his passion to serve, without the need for fame, recognition or even knowing that he made a difference, ignited more intimately love’s transformation flames inside my own heart.

This humble love unveiled left a blazing signature of a divine human potential that we all carry in our cells. I was embraced in a love that includes it all: our highs and our lows, the light and the dark, the top and the bottom.

What happens if we let the suffering into our hearts? Not only our own pain but also the pain of those who are less fortunate than we are? What happens when we are stripped of a hero’s agenda but flow with the uncertainty of cracked open love?

3 Things I Drink Instead of Coffee in the Morning. 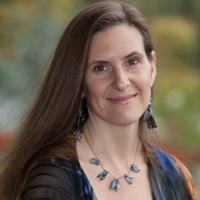