Reclaiming the Wise Woman & Breathing Soul Back into the World. 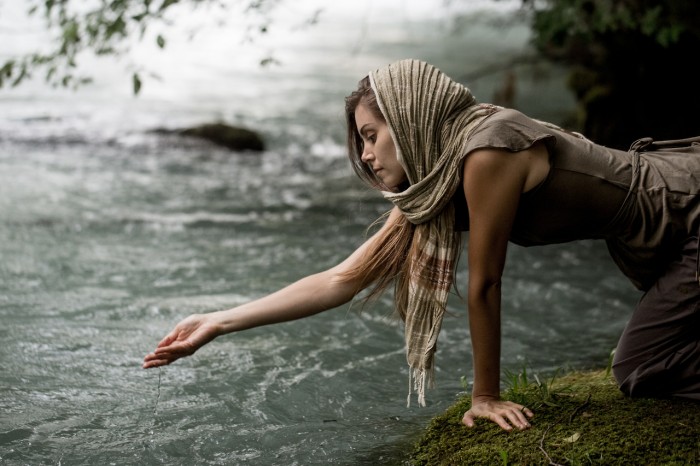 When the Dalai Lama declared Western Women will save the world, I wanted to believe him.

In my mind, women would rise up from board rooms and soccer mom carpools, from day spas and plastic surgery waiting rooms, and with a collective shout they would bring a deep feminine wisdom to this out-of-balance planet.

Just recently, a glimmer of hope came my way when at a dinner party I met the founder of a grassroots non-profit with the mandate “be the change” we want to see in the world. In this case, she explained, it was about change focused on the environment, social justice, and spiritual growth.

In Gandhi’s words: “If we could change ourselves, the tendencies in the world would also change. As a man changes his own nature, so does the attitude of the world change towards him.”

Yet when I researched more about this particular non-profit, I was surprised and disappointed to find the main outreach document was not at all about “being the change.” Rather, it was a 140-page PDF that read like a type-A approach to fixing the problem with endless checklists of tasks to accomplish, and even books to read. Rather than directing members to go inward and transform the very psyches that typically give rise to material, consumptive, and environmentally assaulting habits, the focus was solely on the habits themselves. It’s like giving an alcoholic a checklist of drinks to avoid rather than a motivation to stop drinking.

In a nutshell, the focus was on outer attainment versus inner attunement.

The first time I realized I was in a frenzied state of attainment versus attunement, I was a 28-year-old new mother living in New York City and petrified that my magazine editor career had been torpedoed by the birth of my baby boy. This preoccupation with my resume took the joy out of my first four years of motherhood and it wasn’t until the birth of my second child 10 years later that I truly knew what attunement meant. In this case it was finding a career that allowed me to stay home and parent my children while also feeling my work was meaningful and yes, even soulful.

I soon learned that happiness was not about my scorecard in the achievement world, but rather attunement to what truly mattered which led to a sense of achievement. 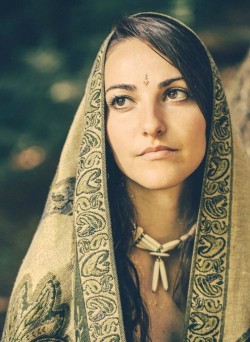 And this is where the wise woman comes in: she is attuned to her inner world, and from that attunement moves and acts in the outer. This is in direct contrast to the outwardly referenced masculine approach. I don’t mean gender (not picking on men here). I mean the energy of masculinity, which is directive, solutions-oriented, practical and all about doing.

Feminine energy is by contrast inwardly referenced. It is the evocative and harrowing landscape of intuition, shadows, dreams and personal transformation. The feminine is willing to change the world, but only from the promptings of an inner metamorphosis where transformed beingness leads to right doingness, or in Buddhist terms, right action. (This feminine journey is brilliantly articulated in a book called The Virgin’s Promise, which outlines the stages of The Heroine’s Journey in contrast to the well-known masculine version, The Hero’s Journey.)

In the end, the idea of living from a list of what I need to do to fix myself, the environment and society woefully misses the mark because any lasting external shift will surely happen from a change of being not a change of habit.

Sure, it’s valuable to recycle, to give to charity, to read self-help books, to volunteer at the homeless shelter, to lobby for social justice and more. But if I am doing these things while at the same time living from hidden beliefs that reinforce fears I am separate; I am better than or less than; I am alone; I am not safe, I am not worthy or any of these wounded ego platforms, despite all my “good deeds” in the world, under pressure (emotional, financial, physical) I will act badly and feel worse. We all will.

The root of this potential for feeling bad while doing good comes from a collective loss of soul in the modern world.

In the words of Jungian psychologist James Hillman, “Without this soul, he has lost the sense of belonging and the sense of being in communion with the power and the Gods. They no longer reach him, he cannot pray nor sacrifice, nor dance. His personal myth and his connection to the larger myth of his people as raison d’etre, is lost.”

This connection to the Gods, for me, is the communion with the numinous I feel when I am inwardly still, when I let the quiet of my true nature reveal the lively music of all that is. From this place, I am ready to act with wisdom rather than react from patterns, fears and habits. I am not always moving from this stillness, but more and more, I am seeing clearly when I am not.

In the days after my brooding disappointment in the masculine-modeled non-profit, an ah-ha moment dawned on me.  I realized I had expected something about this non-profit because a woman at least a decade older than me, had founded it. I had assumed from our discussions about life and spirituality at that dinner table, that she was a proverbial wise woman.

Yet I see how the wise woman (which can be accessed at any adult age) has largely been lost in a patriarchal culture that values women in the dichotomy of virgin-whore, but not in the role of mentor.

We modern day women and feminists have somehow lost touch with the marrow of our wisdom, as if we are hollowed out and emptied of the spirit lines of our earth-intimate, soul-centered maternal ancestors. 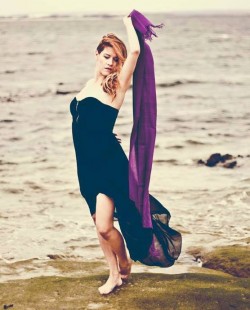 As Robin Rice, creator of the controversial and brutally honest Stop the Beauty Madness campaign, so aptly puts it, “Women who are worried about their weight (or skin color or age), are not out there contributing to making our world a better one to live in—and our world is in crisis at virtually every level that matters. The authentic voice of women is still remarkably absent in the conversations needed to create a better world. This needs to change, and it needs to change now.”

Now, I am inviting myself to that conversation: What does it look like to change the world as a natural extension of recognizing the soul that I am? How does my beingness become action that matters, that flows and that is aligned with the invisible web of synchronistic and entangled reality? How can I make the kind of difference that transforms more than the world’s woeful conditions (which come and go) but rather wakes people up to the beauty of what we all really are—souls stirring from a slumbering forgetfulness into the full remembering that we are One.

Women, will you join me?

PS: I’m speaking (along with several other wise women) about the power of enchantment—that magical aspect of the feminine face of the divine—at the free online I AM Symposium that begins October 12th. I’d love to hear from you here in the comments and at the symposium! (Just click here to join me!

Why we still need our Wise Women Sages.