The Day I Stood. 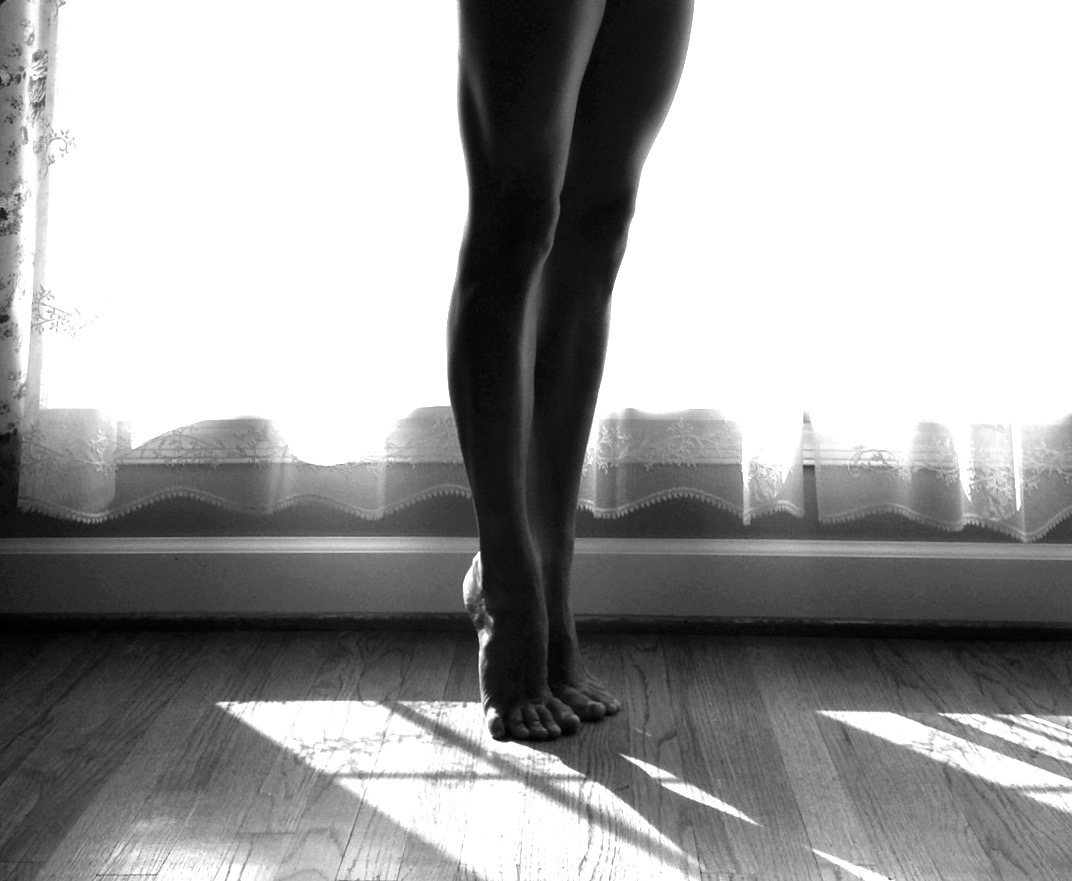 It was a crisp and lonely morning, the air hard but clear, the dawn still shaking what remained of the darkness. The world was a flood of cool colors—my favorite kind.

Still, it appeared a normal day—or at least “normal” as I had come to know it over that long stretch of unbending fatigue. I assessed the bulk of my routine thoughts, mumbling empty words to my weakened heart:

I wonder if I will get up today.

I wonder if I will leave these four walls.

I wonder if I will see anyone.

I wonder if I will eat enough.

Maybe I should try.

So, after reciting these sick little messages to someone I no longer recognized, I lifted my head—a task grueling enough.

I sat to meditate, or at least I tried (and tried harder not to try), as I dipped into a familiar sadness. It was the one that stung just below my sternum, overtaking whatever voice I had. The one that paralyzed. The one that wouldn’t let me cry. Perhaps I just didn’t have the energy.

But then I opened my eyes, further lifting my heavy head, still sitting, still waiting to feel something. And in that moment, a welcome wave came to knock me down and wash away whatever sleep was left in my bones, penetrating every pore.

It was then that it struck me: I had spent hours, months, years throwing slews of meaningless statements into this already-weakened territory. The “I wonders” and “maybes” and “probablys” were all I could remember of the life I tried to make, and I thought of what might happen if instead I spoke in candid questions.

So I began with the one that surfaced first: What are you doing here?

Which lead to: How did you get here? When did this become your life? What provoked this strange pain?

And there it was. My first wide-eyed gasp. My first step to standing.

So there I lingered, halfway up, staring into all the questions I had silenced for so long in an effort to preserve the only friends I welcomed at the time—my ego and her closest love, my pride. They were the only ones who saved me the first time around, puffing me up for my bravery, convincing my heart she could harden to protect her innate sense of fight. A warrior, no doubt; a climber who needed no one to save her.

It’s true, I made it quite far. I rose swiftly as anyone with narrow blinders and a fiery purpose would—without halt, without peace, without question.

But also without success. Because sure enough, once I thought made it, I fell.

I had been falling for forever, distracting myself with the thrill of the peaks I would one day reach, but I fell the hardest in the year that had passed—the one that lead to this consequential wave of understanding.

I never reached those peaks I imagined I would. I never accomplished the glory I envisioned; instead, those picturesque medals swung back at me, tossed me off track and left me right where I landed. Alone. Heavy. Impervious. Incapable.

But right then and there, within those four walls I loathed yet rarely left, I did achieve something, even if only a small step. Riding the wave that swept me, I began to rise exactly where I had landed a few too many times; broken but adapting, weak but climbing anyway.

I realized I had fallen so frequently and with such force that I never thought to look any further down. It never crossed my mind to scan my surroundings beyond that which was cracked and no longer useful. It was easier to maintain that numbing chill, unaware of the solutions that alluded me.

But if I had just looked down as I did that morning, I would have seen the answer all along: my legs—albeit a bit bruised and shaky, but capable nonetheless.

Two strong, dependable, well-trained legs, perfectly fit to remember how to stand. Legs capable of scaling mountains, even if they never reached the peaks. Legs skilled in defying gravity, working for hours on end, surviving the unthinkable as it became the ordinary.

Those legs—my legs—all I had to do was tell them: I don’t want to stay here.

Which would inevitably unearth the answers I needed most: This is not what I want, but I can find it somewhere else. I am capable. I can become. I can stand.

And there they were. Two feet on the floor.

Two knees straightening. Chest and crown lifting for the first time in what felt like forever.

But wherever it goes, however it ends, it all began with that crisp and lonely morning, that cool-colored but normal day—”normal,” that is, until it became the day I stood.

30 Little Somethings: Reminders for your Heart.

The Year I Fell.