The Healing Crisis: Parenting Through the Harshest Truths. 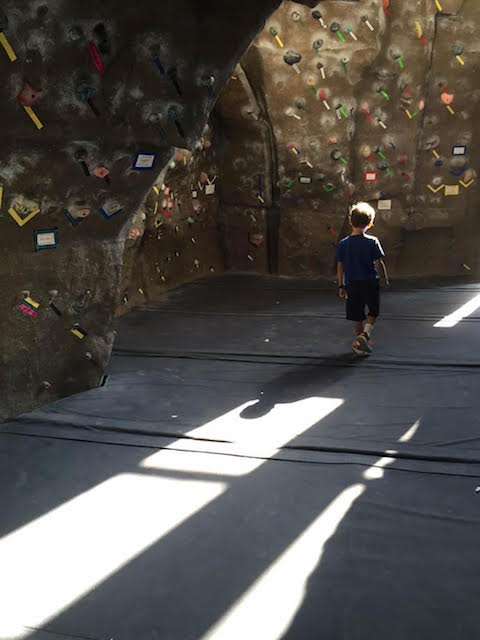 I knew it was coming—I had felt a change in his relationship to magical thinking.

I sensed that he was starting to put the puzzle pieces together in the way that meant reason and logic were starting to conquer fantasy.

Maybe it was all the teeth that had fallen out over the last six months, leaving him looking more like a youthful boy versus an adorable child. Maybe it was how he carried his body—self assured, coordinated in a way that had previously eluded him.

Maybe it was mother’s intuition.

He had begun to make mention of things related to death. He had started to question, innocently, his own life and “how long people usually live.” He also started at this time to be a good little budding mathematician. Quick and nimble with numbers. Suddenly the use of vague terms like “hundreds of years” and “many, many decades” had a meaning and a context for him.

It was clear he was starting to map it out.

There were data points and a timeline forming in his mind.

Then one night on a family vacation he became upset saying that he “didn’t want to die. Ever.” I tried to comfort him in the usual way that had so steadfastly worked in the past.

He looked me square in the eyes, his tiny hand on my knee and said “Mommy, I need you to stop lying to me. I know it will happen someday.”

My son is seven, and even though I am a psychologist who is studied in human development, even though I fancy myself much more of an existential psychologist than my analytic roots would suggest, I was knocked off balance. My heart dropped. I knew I needed to emotionally show up and hold my sons fears, both metaphorically and literally.

This had grief and loss and primal fear in the watery subtext of his sadness.

I held him tight. Like a python. Instinctively, I began to rock. I placed my hand on his head and I began to whisper “sshhhh, ssshhh.” I was buying time and going back to what used to work when our relationship was simple. But I was scrambling in my mind.

I just kept thinking, Sarah, don’t f*ck this up.

There were the seeds of cynicism in his bereft soul when he looked up at me after a few minutes and said, “If it all just ends anyway, what’s the point?” That night, I didn’t have any magic in my hat. I just sat with him for a long time and rubbed his head and repeated “it’s okay. I’m here with you now.”

Eventually he drifted off to sleep.

I could no longer push off his fears with verbal reassurance and phrases that are comforting, even though we know somewhere in our mind that it’s only words and they don’t change the truth.

I wanted him to stay innocent. If I am really truthful with myself, I didn’t want him to know this reality. Not now. Before this, I too, as his mother, had remained a magical, mythical creature. As mothers we are like the unicorns of the emotional soothing world. But this had no solution. Our relationship was evolving as his internal scaffolding was shifting and changing.

He was begging me to just show up and be truthful, even if it was terrifying.

I knew the only thing that mattered in that moment was the wordless love I could offer him. No solutions. No false comfort. But in my heart, I longed for him to have just one more day without knowing what he now knew. I knew from my own memories of this same realization that it was heavy and cumbersome to fit into your worldview. I knew that on the heels of this realization came worry, an emotion previously undetectable.

His curiosity now had an angle; it had an agenda. I wondered how he would reconcile all these big things, being such a very small thing himself.

There are changes in him I can feel after this “event,” emotional aftershocks that continue to shift his internal architecture. He is working hard to make sense of what he now knows to be true. That night, per his request, I stopped “lying” to him. I just held him tight. On the horizon was my own sadness that someday, if all goes according to plan, my son will bury me, stretching that maternal cord so taught it threatens to suffocate him.

I know that feeling. I have felt that disorientation.

I know, I really know, there are no guarantees.

The next day when we went fishing he no longer wanted to see “the fish suffering,” focusing on making sure “it gets back in the water alive.” There was more depth and complexity to his empathy. He is softer. More vulnerable. He gives more unsolicited hugs. He holds on tighter. But there is also the presence of fear now.

He’s not afraid of fantastical monsters that live under his bed anymore. Now, he is afraid of the real ones: death, bad people. He has developed out of that childlike cocoon. He is in the world now with all its very real ghosts and goblins.

I can’t protect him in the same way any longer from these truths. They are on his emotional doorstep and asking to be reconciled.

The concrete thinking of his early childhood has subsided and there’s a more global and nuanced set of eyes staring up at me. There is a beautiful texture to his mind, even though I can feel his struggle. That struggle is very real for him. He is trying to figure out how he can live with knowing that he will die someday. I see him as a tiny warrior.

If I squint, I am certain I can see the silhouette of the man he will become.

That night, my heart broke for him. I thought Santa and the Easter Bunny would be found out before death. But another part of me thought, “Welcome my son. Come dance between these raindrops with me. It’s where all the good stuff happens.” I want him to know that in the end, in the final moments, the impermanence hurts, but it’s worth it.

I want him to know that even though I can’t promise I will always be here, we have right now. Together. We have this moment.

Seize it. Grab it double-fisted, and don’t look back.

Shake the dust – this one is for you. 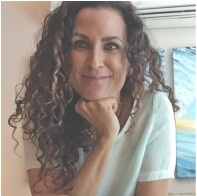 Sarah Sarkis is a licensed psychologist living in Honolulu, Hawaii. She has a private practice working with adults in long-term insight-oriented therapy. She works with an … Read full bio