What Matters on the Mat. 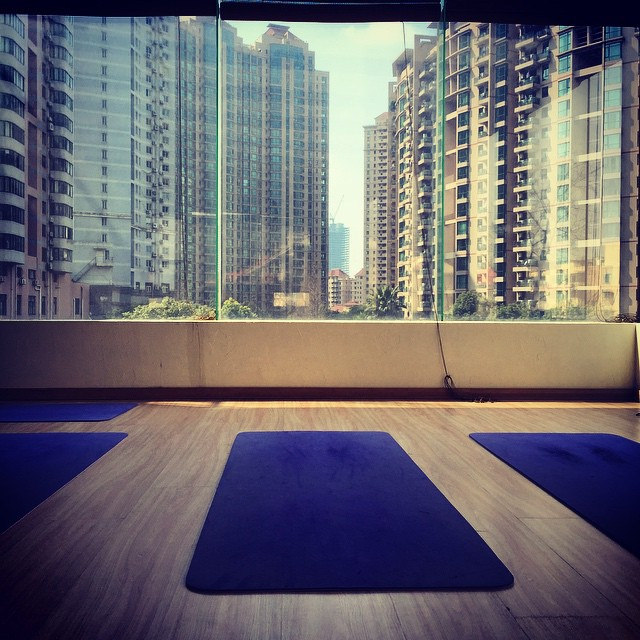 There’s a big illusion that sometimes washes over me when I enter a yoga studio.

I look around at all the fit bodies and assume everyone else in the room is healthy. But when the question of issues in the tissues goes around, it seems everyone’s got something to complain about.

Still, I often huddle in the back corner, where no one sees that this semi-famous yogini has tried to slide, incognito, into the back row, where I can make my adjustments as needed.

Few people know how tortuous it sometimes is to get on my mat. I rarely say anything about it.

I’ve had a life-long journey with Lyme disease.

There, I’ve come out and said it, and I hope that the many others out there who have experienced this dreaded disease get some kind of encouragement from what I write, because there is light at the end of the tunnel.

Yoga can help you.

I write about this in my latest book, Anodea Judith’s Chakra Yoga, but the story is that I got it 30 years ago when I was living off the grid in a back-to-the-land community. We practically lived outside, working the land, building our houses, gardening and planting trees. The deer got so used to us, some of them would actually come up and nuzzle our hands. Little did we realize they carried a dangerous tick that could produce a serious disease.

Many of us got Lyme back then, but none of us knew it at the time. My particular case went undiagnosed for at least five years, while I proceeded from bad to worse, heading in the direction of a wheelchair. Never mind that I was in graduate school, had four kids at home at the time, was in the middle of remodeling my home, and my first book, Wheels of Life, had become popular. That’s why it took so long to diagnose. I had good reason to be tired.

In my 40 years of yoga on and off the mat, that era of my life took me off the mat for nearly 10 years.

The drop off was gradual as my illness intensified, but the come back was also gradual. At its worst, the pain in my hands was so great I could not clap them together or open a car door. It took me nearly five years before my wrists could support a Downward Facing Dog pose, and it’s still painful if the teacher wants to hold it for what seems like forever. That wasn’t five years of constant effort, mind you; I gave up trying for some time, but it was about that long before I could entertain the notion that Down Dog was a resting pose that could actually be comfortable.

After fifteen years of rebuilding my body through yoga, meditation, and every traditional and non-traditional healing practice I could find, my body was about 90% normal.

I accepted that was as good as it was going to get and led a full and rich life, writing more books, and flying around the world teaching workshops. I led the kind of life that would make normal people feel tired.

But then about 5 years ago—because I love the outdoors so much—I got bitten by a tick again. I caught it sooner this time, but not soon enough. I was on the road for 3 weeks before I could start treatment, and that turned out to be a little too late to wipe it out easily.

“What had I not learned in all those years of self-healing?” said I, as I shook my fists at the sky.

Well, it turns out, quite a lot.

I learned that the body doesn’t like compromise of any kind—that compromising on your diet, your sleep, your yoga routine, your exercise, your relationship, or anything else in life, takes a toll on your body.

We can’t compromise with the Earth either. It’s our collective body.

I learned that healing could not happen from getting on my mat alone, that deep introspection, meditation, self-reflection, and deep dives into all my beliefs and behaviors were necessary. But without yoga, these tactics would not have been enough either.

But most of all, I learned what yoga is and isn’t. It is not a performance art. It is not a goal—though you can set goals within your practice.

Yoga was never meant to be an achievement.

Yoga is a practice, a means of communing with one’s deepest interior through the mystery of the body. It is an opening to an entirely different kind of consciousness than what occurs out there in life’s hustle and bustle. At its most basic, it is a discovery of the immense power of prana.

I learned how to use the earth to push prana through my achy joints. I learned how to push against walls to find deeper openings. I learned that young people fresh out of teacher trainings, who hop from pose to pose in rapid vinyasa, have nary a clue to yoga’s deeper secrets, nor what it’s like to be compromised.

Now I am an elder in my life, teaching from the place of wisdom that only age and experience can bring.

There is still pain when I get on the mat, but it’s less and less over time, and it varies day to day. My poses are not perfect and never will be.

But I know how to awaken the subtle energy and the chakras, how to move prana through my body, and how to meet myself in my deepest core while moving on those few square feet of flying carpet I call my mat. And that, I can teach to others.

From Inversions to Infancy: How Chronic Lyme Disease Redefined my Yoga Practice. 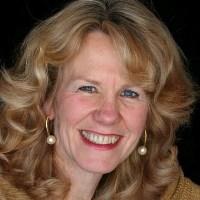