When They Don’t Love You Back. 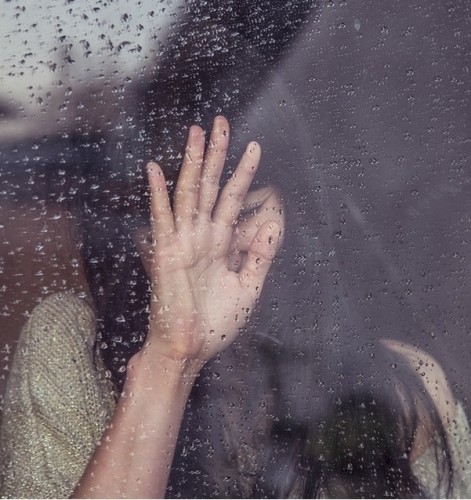 “Have you ever been in love before?” my then-boyfriend asked me.

We sat in my kitchen, finishing a meal of takeout Pad Thai.

“Yes,” I said. I could hear the tentativeness in my own voice.

I held back from the disclaimer that darted through my mind: But he didn’t love me back.

Did my first love really count if it was not reciprocal?

I was 22 when I first met Jamie. I’d dated plenty beforehand, and lived through dozens of aching crushes and infatuations. But I’d never stayed with any boy long enough for deeper feelings to bloom.

Jamie was my little brother’s best friend, which is exactly how I viewed him at first. Playing video games with my brother in my parents’ living room, he was a funny kid, but not a love interest.

“Jamie likes you,” my brother once told me, grinning. I didn’t take it seriously.

I can’t put my finger on the exact moment my feelings changed. When my platonic feelings morphed into sparks. But I started to notice the joy in his loud, rolling laugh. The shine in his clear blue eyes. Something stirred in me. His face began to rearrange the way that it does when we get to know a good person well, his character infusing his features.

One night, drunk on beer, we kissed.

And then he disappeared.

We continued the pattern: each time he vanished, my feelings deepened.

I knew it wasn’t right, but I’d never felt like that before, never felt so magnetized towards someone, so connected. Even though he drank too much, and there were whispers of other girls, and he kept withdrawing.

He dangled just enough attention to keep me interested

And there were the softest kisses. There were whispered secrets, about his gone dad. About his fears. About his dreams.

Once, he traced circles on my stomach, round and round. I was scorched, branded, belonged.

One night we perched in a graveyard, a half-gone bottle of rum nestled between us. He said, “Look at me, look at me,” over and over again. I spent weeks afterwards wondering what poem was hidden between his words until finally, I realized it was empty—there was no magic, no secrets buried there—he was just drunk and wanted me to look at him.

Sometimes, love makes you see illusions. It makes your ears hear songs that aren’t there.

So this is what love is, I thought. It takes over your brain, flushes your body with chemicals that make everything glitter.

So terribly delicious, so sweetly stabbing.

Sometimes, when he was drunk enough, he told me he loved me.

When he’d disappear, I’d walk by his blue house hoping we’d run into each other. I listened to Linda Ronstadt and drove up mountains. I drank and wrote crappy poems.

And then, I left.

I felt like I was caught in a riptide, about to be pulled under. I was drinking too much, either to keep up with him when we were together, or to soften the ache when we were apart. Our tiny town so damp, so rain-soaked and small. Some part of me, marrow-deep and wise, wanted to save myself. So I left town with my best friend.

I stood on the deck of the ferry after midnight, in the black of December, watching men in orange vests loosen the thick ropes that tethered the boat to the dock. I cried and smoked and stared at the sky, the ocean, the air, noticing the different shades of dark and the silver sheen of the water. I clasped the stuffed animal he’d given me just before I left. It smelled of fresh soap.

As soon as I left, he met someone else.

It took years to truly shake off the hurt. Of not being loved back, of being replaced so easily, as if I hadn’t ever been there at all. It took years to stop fantasizing that someday he’d realize he’d made a mistake.

I tried what most spiritual traditions suggest when someone has hurt you, and I tried to wish him well. I whispered half-assed prayers for him to be happy and whole.

But it took falling in love again to really heal. It took a forest of new growth to graft over the old hurt.

And then he died.

And I grieved all over again. For the family he left behind. For everything I’d felt for him, all the sweetness and suffering.

For knowing he wasn’t out there somewhere, walking the same earth, far away but okay.

When he died, I learned that unrequited love is real. I lived it, felt it, bled it. It wasn’t like the hard work of marriage, we didn’t face the challenges of managing a life together. I never felt it in return.

But it was real.

Maybe someday scientists will be able to measure love. With a silver gleaming machine, they’ll capture short, sweet puffs, or fierce typhoons. They will find that love exists beyond our bodies, hovering in the air just past our chests, thumping and thumping and thumping. That it doesn’t need to be returned to be true.

I can still feel it now, almost twenty years later.

Love can bloom out of nothing, a dandelion pushing through cement. It can loosen its hold and fade. It can be grown over like garden. But it can also shine like a long-dead star.

If I squint my eyes, I can still see the pulse of light where my love lived.

I wish him well.

Check out more articles by Lynn:

The Bad Habit that Almost Ruined My Marriage (& What I did to Fix it).