Why Psychological Androgyny is the New Black. 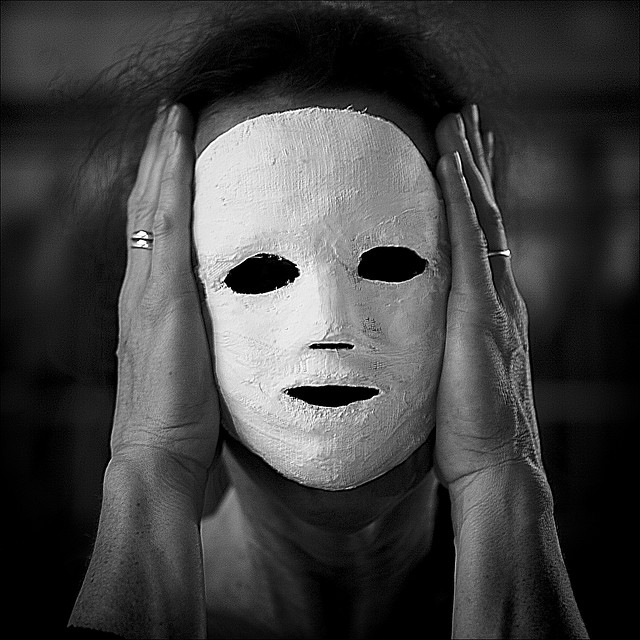 There’s an abundance of men in my life.

They’re everywhere. My days are saturated with the musk and heaviness of male energy.

Important clarification: My life is not a Danielle Steel novel. Rather, I find myself continually planted in environments where there the female to male ratio is on par with the odds of winning the lottery, or avoiding an Uber surcharge in a downpour.

As a neuroscience researcher, I managed a laboratory of all men. Even the monkeys were male. In the testosterone-dominated space of venture capital, technology and entrepreneurship, I find myself the only woman in an office of brothers. And in case that wasn’t enough, my last house was stocked entirely with men. And microwaveable dinners. You can argue I’ve taken the “New Girl” approach to an extreme.

In a recent interview, I was asked how I feel about my status a lone lady wolf. How I manage to sneak in to these situations, undetected and under the radar. How I not only escape flat out rejection, but ultimately gain acceptance into the tribe, like Wendy and the lost boys. As if I achieve the nod of approval into the boy’s club by pulling up my dress to expose skinned knees and dirt under my finger nails: It’s okay, she’s not a normal girl. Let her into the treehouse.

I laughed as I thought of myself as a hunter, smearing himself in animal odor so as not to be sniffed as an outsider.

My response to his question was simple and immediate—psychological androgyny. The moment the response flew past my lips, I stopped myself cold. Never before had those words spilled out of my brain, and certainly never out of my mouth. The ease and assurance with which I found myself backing the concept had me excitedly buzzing with introspective curiosity: equal parts sound and provocative,

I toyed with the mental putty that psychological androgyny was indeed my “secret sauce.”

I then laughed at myself again, at the idea there’s any method to my madness, far less a secret sauce.

Let me first say I find no purpose in either dogmatic feminism or traditionalism. On one hand, I see value in gender roles. From an evolutionary and physiological perspective, there’s biological value in the general framework of men as “provider” and women as “caretaker.” While these roles exist on a flexible Venn diagram and sliding spectrum, which is even more flexible for our friends in the LGBTQ community, I do believe that loosely defined “job descriptions” in life are key to establishing sound self-concept and personal meaning.

On the other hand, when I take stock of the most successful, creative and elegant men I’ve encountered across my many lives and ever-expanding book case, I’m struck by an indisputable pattern: they’re more sensitive, more emotionally intelligent, and less aggressive than their bro peers. Essentially, they’re more traditionally feminine.

After a bout of furious Googling, I discovered that psychological androgyny is not my own brain child (sigh), but was coined by the famous psychologist and creativity researcher, Mihaly Csikszentmihalyi. The trait has nothing to do with sexual affiliation, and instead refers to one’s psychoemotional constitution:

“Psychological androgyny is a much wider concept, referring to a person’s ability to be at the same time aggressive and nurturant, sensitive and rigid, dominant and submissive, regardless of gender. A psychologically androgynous person in effect doubles his or her repertoire of responses and can interact with the world in terms of a much richer and varied spectrum of opportunities. It is not surprising that creative individuals are more likely to have not only the strengths of their own gender but those of the other one, too.”

He found the most creative and talented women are more aggressive and tough, scoring highly on achievement motivation and dominance. They are more likely to be artists and scientists, possessing a high degree of assertiveness and confidence.

To my great amusement, they also largely eschew stereotyped feminine values like neatness. If I indulge in self-flattery and consider myself to be such a woman, this would explain the life-long frustration of my mother and ex-boyfriends who plead I brush my hair a little more and appear a bit less wrinkly and crinkled.

Conversely, the most gifted men are more sensitive, humble and aware of aesthetics and their environment. Compared to their peers, there’s a trend away from ostentatious “male bravado” and an emphasis on relationships and family.

And then, my interviewer asked a really juicy question: Why do many women fail to integrate into masculine landscapes, despite adopting the nose-to-nose aggression, confidence and motivation of their male peers?

In my view, the women who sink instead of swim—those rejected at the stoop of the boy’s club—are the ones who artificially adopt masculine traits out of perceived necessity, and fail to maintain graceful femininity in the process. There’s an over-striving, an over-compensation, that is immediately detectable. And overwhelmingly off-putting.

Though let us not forget that men can be guilty of the same over-compensation. We all have that guy in the office.

Whether male or female, genuine psychological androgyny reflects a delicate interweaving of the masculine and the feminine. It is not a rejection of your powerful, innate, gender-driven energetic disposition, but a seamless blending of both worlds.

The women I most admire combine their maternal instinct, nurturing charm and sexual female energy with an unapologetically commanding leadership style.

Similarly, men who succeed across all domains of their life seem to pair aggression, potency and male eros with a humbleness, compassion and understated confidence that’s undeniably powerful. And sexy.

So, what have I learned from poking around inside the boys club? Well, some of that I can’t tell you. It’s against bro code. Kidding. Sort of…

What I can tell you after many frank conversations with many different men is there’s a desire—both in the workplace and in romantic relationships—for women who straddle the worlds of endearing femininity with its delicate and submissive features, and powerful independence marked by intelligence, boldness and confidence.

From a female perspective, I can say the same is true. Who doesn’t want a masculine brawny man, with a dash of Ryan Gosling’s feminine sensitivity? Why do you think man buns are so popular?

All genders, sexual orientations and personality types can take a cue from psychological androgyny. Take stock of your masculine and feminine qualities, make subtle tweaks so you’re speaking a universal language, and practice fluency in both worlds.

Refine your psychological androgyny like your fall wardrobe—I think it’s going to be the next big thing. Birkenstocks not required.

The Feminist Cave-Woman Does Exist. 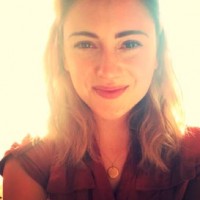