Why the War on Disease will Never be Won. 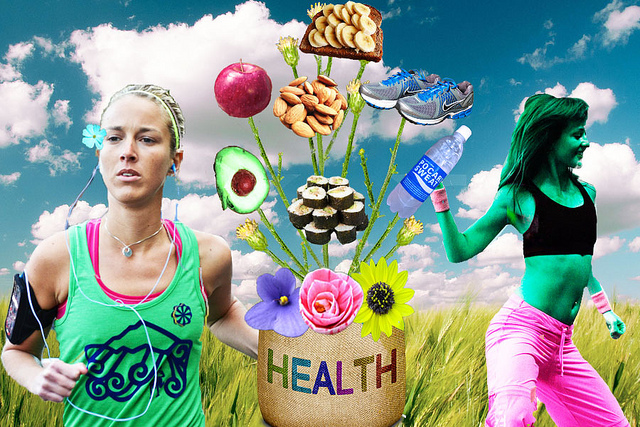 The war on disease is a losing battle for one reason: it is predicated on erroneous reasoning.

Over the past 40 years research scientists in this field have made considerable strides in treating and curing this disease. The rub: Chasing down a cure for a disease that genetically mutates and complexifies in the blink of an eye, is like looking for the proverbial needle in a haystack.

You’re back to the drawing board at a relentless pace.

But more importantly: “going to war” (pharmaceutically) on any illness, is a mechanistic approach to healing that has, in many regards, outgrown its usefulness.

We live in an over-medicated world—often with blinkers on. Treating the symptoms of underlying health problems, rather than considering lifestyle prevention and root causes, tends to be our downfall. This is the allopathic medical model. We want the quick fix, rather than working on poor lifestyle and dietary habits.

The naturopathic approach to healing, on the other hand, is about living in natural alignment with the body.

It knows that the body is a living organism, designed for optimum health and wellness and that it possesses a deep intuitive wisdom when it comes to regeneration and healing.

It is not about Band-Aid fixes, or lining the pockets of the pharmaceutical and health insurance companies. Billions of dollars are spent annually in the U.S. on health insurance, an industry along with the medical establishment, that feeds on fear and intimidation.

“You need to buy our health insurance package because, let’s face it, we’re all prone to serious illness and accidents.”

The pharmaceutical corporations are calling the shots.

Consider the most prescribed drug in the world: Hydrocodone.

We all know that doctors are generously compensated by pharmaceutical companies for prescribing these and other generic drugs. They make up more than 20% of the top prescribed medications.

Dr. Thomas Frieden, director of the Center for Disease Control and Prevention (CDC), told Fox News in a November, 2011, interview that doctors are handing out narcotics “like candy.” Some prescribe them for even minor injuries. Is is any wonder that painkillers are the leading cause of accidental death in the U.S?

So how do we cut through the crap and corruption?

Start by listening to a YouTube talk by Dr. Thomas Lodi, MD, director of Oasis of Healing, a natural and alternative cancer treatment center in Arizona. Some years ago, following intensive reading and research, he made an enlightened decision to opt out of the standard care model of medicine. Declaring war on cancer through toxic chemotherapy and radiation treatments was, in his considered opinion, not the answer.

He researched ways to use non-toxic modalities that work with, rather than against nature.

According to Lodi, a healthy body needs to be well-nourished and cleansed. If illness occurs, address and subsequently rid the body (person as a whole) of whatever is producing the symptoms of illness. “Disease,” he asserts, “is the body restoring health.” He adds: “And it is a mistake to go to war against the body.”

Our bodies are naturally designed to do three things: regenerate, rejuvenate and procreate.

Down to the cellular building blocks of our being we are in a constant state of renewal. The medical model we are so familiar with adopts a very mechanistic approach to healing: a disease, he comments, is given the status of a “distinct entity.” By clinically naming it in this way, we give it power and then we’re into diagnosis, prognosis, and treatments without listening to what that “little tap on the shoulder” from God, might be saying.

Essentially what it is saying is: Physical illness is a manifestation of the depletion of our life force energy.

Those with the psychic ability to do so, can see and evaluate this depletion in the electromagnetic energy fields that surround every organ in the body and person as a whole. Restoration of those depleted energy fields involves a more expanded evaluation of one’s emotional, mental and spiritual health.

In a nutshell: the future of health and healing lies ultimately, not in the hands of pharmaceutically trained practitioners who “go to war” against diseases; but in the hands of healers who have the skill and take the time, to heal the person as a whole.